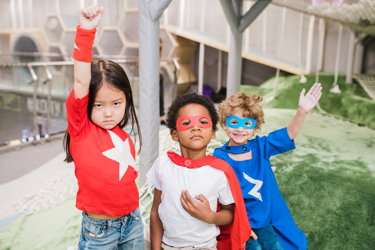 I hope readers forgive me for a three-part editorial that saves the beginning of the narrative until the end.

I did so with this investigation of Phlow to:

Now it’s time to complete our narrative by ending with a (brief) backstory to Phlow’s motivations and genesis.

Dr. Edwards Goes Back To School

Eric Edwards, M.D. Medicine, Ph.D. Pharmaceutical Sciences, has worked in the biopharma industry for some 20 years. He’s also a passionate – and concerned – paramedic.

“I'm still active with my local rescue squad,” he tells me. “The first thing I do when training paramedics is check out the drug box on the ambulances to figure out what critical care drugs are in shortage.”

“This,” he says, “is part of what has fed my concern for the brokenness of the pharmaceutical supply and distribution channels. I attribute those drug shortages to substantial foreign outsourcing, and a broken pricing, reimbursement, and distribution system.”

Phlow is being built to address all that.

It’s not the first such founding for Edwards. Upon leaving teaching and research positions at Virginia Commonwealth University in 2008, he created Kaléo, “a new type of pharmaceutical company” focused on solutions for serious and life-threatening medical conditions.

In 2019, he decides to take time off to consider what to pursue next, and finds himself back at VCU, collaborating with now Phlow co-founder Frank Gupton.

Gupton manages the Medicines For All Institute at VCU, founded via a $25 million grant by the Bill and Melinda Gates Foundation, following successful work on lowering the cost of producing generic, HIV, TB, and malaria medications, through advanced continuous manufacturing of API (active pharmaceutical ingredients).

“Frank talks me into shadowing him to learn about his continuous manufacturing platform,” explains Edwards.

Gupton as well is concerned about the dearth of domestic supply of common generics in the U.S., and sees continuous manufacturing as an enabler to more domestic manufacturing.

“So in the spring of 2019,” recalls Edwards, “I put my doctor’s white coat back on, and shadow Dr. Summar at Children’s National for a week.”

He witnesses serious challenges the hospital faces in acquiring some pediatric medicines – those that just a few years ago had been readily available in the U.S.

The experience prompts a serious discussion with Gupton; they agree to focus a company on tackling pediatric and other essential drug shortages.

At that time, Edwards recalls, others in the industry were also speaking out about pediatric oncology shortages, “because of issues with vincristine specifically.”

“This just becomes top of mind for me – all these challenges going on with generic and critical-medicine supply chains and drug shortages in the U.S.”

His next step is to call Martin Van Trieste of Civica Rx.

Van Trieste is interested, and invites Edwards to visit Civica to learn more about their operations. In turn, Edwards explains his plans for creating an all-domestic production, including the building of facilities for API.

“Our work on drug shortages and vulnerable supply chains for essential medicines all started pre-COVID in 2019,” Edwards explains.

But when COVID-19 starts to hit the U.S., he and team reach out to inform the U.S. government of the heightened dangers to overseas supplies of medicines. They inform federal officials of their planning to mitigate the situation.

This in part leads to government funding (see part one). The Phlow plan includes purchasing land adjacent to another partner, AMPAC Fine Chemicals, a Virginia-based, contract pharmaceutical supplier that Gupton is particularly familiar with, where they will build the AP plants (see part two).

Today, from what Edwards tells me, Phlow has strong investor interest in the company.

Also, I wouldn’t be surprised to see announcements in the near future regarding customer partnerships with hospital networks throughout the U.S.

And so, Phlow in a sentence:

A start-up resourcefully utilizing CDMOs and other industry relationships, while building out its own advanced API facilities, and creating an end-to-end, U.S.-based supply chain for common medicines.

It is difficult not to view this narrative as both fantastic, and somewhat fantastical.

Phlow has had to deal with misperceptions, some uninformed criticism, and even the political biases of 2020, both from inside and outside the biopharma industry.

“Yes, there's some of that from other pharma folks and the media. If I were them, I'd also be asking, ‘Who the heck are these guys?’ I totally agree with that.

“We are the ones who were working out a visionary plan with an end-to-end domestic approach for supplying essential medicines, who then stepped up and reached out to our government in a time of crises.

“Nobody else was focused on these problems so intently or offering solutions.

“When the pandemic hit, all we sought to do was ensure the administration and government agencies knew we had immediate and longer-term solutions– for a problem they weren’t even specifically focused on yet.”

I believe we can say we are all focused now.

And that includes keeping tabs on these grand plans of Phlow, whose business model I’ve dubbed a “Biopharma CDMO.”

Hopefully, this series spurs Outsourced Pharma readers to further considerations of your own “grand” planning for your organization.

And as part of that, to achieving more creative relationships with your CDMOs and other partners, and even our government.