You Don't Know Phlow: The Backstory Of A Misread Biopharma Start-Up 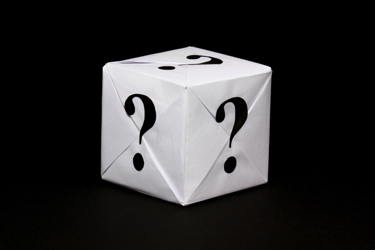 No biopharma start-up has been as misconstrued, hastily judged in strategy and capability, or even labeled “political.”

Some of the blame falls on the company itself for a failure to communicate its strategy and plans earlier. Intra-industry jealousies, and public biases, are a bigger factor.

Now co-founder, President and CEO, Dr. Eric Edwards, reaches out to Outsourced Pharma to more evenly present the actualities, and Phlow’s intent and business model for development and manufacturing of essential medicines.

Phlow became front-page news this spring, when it received a financial contract award from agencies of the U.S. government. (See: Common Drugs Now Made In America.)

What unfolds in my conversation with Edwards is a complex map of varying supply-chain terrains and outsourcing roads.

We’ll get to all of this – and why it’s important to readers and the biopharma industry – over a series of three editorials.

Phlow is loosely based on the Civica Rx model of directly supplying U.S. hospitals (and others) with daily-needed generics and essential medicines, especially those in shortage.

But there’s a key difference between the organizations:

Civica will become both partner and customer to Phlow.

But there’s a second Phlow relationship of particular interest to Outsourced Pharma readers:

The company aligns elements of its U.S.-based production plans with CDMOs, including a very particular relationship we’ll detail in part two.

I’ll save most of the founding motivations and impetus for the creation of Phlow until part three.

First, let’s clear the air on the news-making largesse that’s put Phlow on our radar.

A funding announcement by the U.S. Department of Health and Human Services (HHS) served as surprise introduction of Phlow to most everyone in our industry.

The funding derives from the Biomedical Advanced Research and Development Authority (BARDA), part of the office of Assistant Secretary for Preparedness and Response (ASPR) at HHS.

There’s an initial $354 million “for advanced manufacturing of America's most essential medicines at risk of shortage, including medicines for the COVID-19 pandemic response.”

It’s that “COVID-19 response” mention that added appreciably to the quixotic sound of all this:

In the rush to get out vaccines and therapies, and keep medicines in supply during the pandemic, the federal government funds an organization practically no one has heard of, and with no physical assets or experience?

Edwards patiently confronts this with me. He starts his narrative in early January.

“We’d been keeping an early eye on the coronavirus, and had a meeting with the FDA to address drug shortages,” he begins.

“We were among the first in the country to directly notify anyone willing to listen in government that key generic medicines, already in shortage, could be more severely impacted – particularly pediatric medicines, which we are initially focused on – due to COVID-19.

“The vast majority of API for essential medicines is foreign manufactured. And as you know, India for one shut down dozens of APIs from export in March.”

Phlow also reached out to administration officials, and were eventually put in contact with trade and manufacturing policy advisors.

“We were serving as concerned thought leaders and subject matter experts. We wanted to help our government understand the problem and urgency, and provide the specific medicines that could be impacted,” explains Edwards.

“We suggested what the Coronavirus Task Force might focus on, and provided data regarding current API and key starting material producers.

“While everyone was looking for PPE and ventilators, we said you're not even going to be able to put a patient on a ventilator if you don't have access to the key neuromuscular blockade agents and sedatives already on the drug shortage list, for example.

“Moreover, we put forward a comprehensive rapid solution on how to tackle this challenge – something we’d been working on for almost a year prior to the pandemic.”

Edwards adds with emphasis: “Frankly, based on what I witnessed, no one else – not a single generic company – raised their hand to help at that time.”

Phlow reached out to BARDA via its Coronawatch Program. Following an introductory meeting, the company was asked to respond to an existing Broad Agency Announcement (BAA), which government agencies use to solicit proposals for research and development.

“We went through a formal application, and frankly painful diligence process involving comprehensive technical and cost proposals,” says Edwards. “This contract was designed for advanced manufacturing – and not labeled domestic manufacturing.”

“However, we put forward both a solution for a surge response for the coronavirus situation, and over time, repatriating the entire essential-medicine supply chain, by rebuilding the U.S. industrial base from key starting materials to API and finish-dosing form.”

Upon hearing this idyllic description, I interject:

“You mean the raw materials at least will come from China and elsewhere, and that’s where you’ll start domestic production.”

“We’re tracing back to the post-petroleum level – basic commodity chemicals. We are purchasing everything we can domestically; when they're not made here, we're partnering with domestic manufacturers to make them.”

“Among other things,” I again counter, “that's a very expensive proposition.”

“And why,” Edwards says, “this is supported initially by the United States government. It’s a strategy to re-imagine the essential-medicine supply chain to create efficiencies, and become cost competitive.”

“The way I would think about the funding, the government is saying we understand the need for a global supply chain; we’re not okay with offshore supply chains putting our most essential medicines in shortage. We're going to bring those back domestically.”

“We have support from the Virginia state delegation – democrat and republican senators – and members of the House, for this initiative.

“Phlow is all about ensuring Americans have access to essential medicines necessary to sustain life. That’s our mission.”

But what of that “rapid-surge response” to current shortages?

“We immediately partnered with Civica, leveraging their existing relationships to manufacture key finished essential products, and delivering them to the Strategic National Stockpile within weeks.

“In parallel, we initiated contract-manufacturing relationships with domestic API manufacturers, including AMPAC Fine Chemicals, our strategic partner, to re-shore key API programs most vulnerable to supply-chain disruptions.” (In July of 2018, South Korea’s SK Holdings, and AMPAC announced SK's acquisition of 100% of the ownership interests in AMPAC).

Readers will want to learn finer details on these relationships. Let’s leave this explanation of Phlow’s government funding, and turn to that subject next.