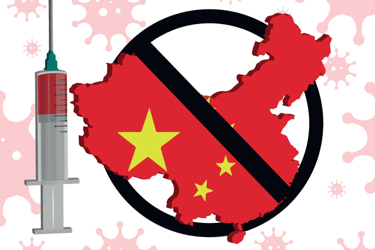 Pharma has a China problem.

In at least one regard, it uncomfortably mirrors that of the media.

But the media has (tentatively) begun a mea culpa of sorts.

Wuhan Side Of History

Pharma’s dilemma vis-à-vis China advanced notably with the global recession of 2008, when China became the low-cost destination for drug development and manufacturing outsourcing.

Outsourced Pharma readers involved in outsourcing at that time will recall weighty decisions on whether or not to offshore to China (and/or India) were suddenly of paramount importance.

Long story short: China won over the decision makers – despite early quality, IP-theft, and other concerns. (A component of those decisions was gaining relationships in the growing pharmaceutical market in China.)

What followed factored heavily into the hollowing out of U.S.-based drug manufacturing.

Enter Xi Jinping as General Secretary of the Communist Party of China (CCP), and de facto president of China.

Among dictates, he implements plans to overtake the U.S. in economic might – including a focus on the pharma industry; represses ethnic and religious groups; limits Hong Kong freedoms; and threatens neighbors, leading to growing concerns in the U.S., Japan, and some in Europe for national and economic defense and security.

Those concerns culminating, we might say, in the release of a coronavirus that has killed over 3.5 million people worldwide, and whose origin continues to remain secreted by the CCP.

For the mass media, its China problem began primarily with the election of Donald Trump: If he was taking a stance against China, the media was in China’s camp.

If he and advisors hypothesized the origins of the coronavirus could be a lab in Wuhan doing research on coronaviruses, the media would summarily dismiss it as implausible.

And here’s where the media and our Pharma industry converge.

Both hurled the red herring “follow the science” as a political epithet at the presidential administration.

It was more politics than science.

The “we were wrongs” started gingerly with the worst of the offenders, CNN journalists and commentators.

Apparently, since the Biden administration is more palatable to the network – and the Wuhan lab is an obvious place to look – word’s come down it’s “all clear” to get behind an investigation.

But the mea culpa themselves are troubling.

Josh Rogan, a columnist in the Trump-bashing Washington Post and a former CNN journalist, tweeted:

"Most MSM reporters didn’t ‘ignore’ the lab leak theory, they actively crapped all over it for over a year while pretending to be objective out of a toxic mix of confirmation bias, source bias (their scientist sources lied to them), group think, TDS [Trump Derangement Syndrome] and general incompetence."

It’s fair to ask why Rogin has this bully pulpit. The answer is he’s one journalist who continued to pursue China's role in the virus origins.

"… the lab leak theory didn’t change. It didn’t suddenly become credible. It didn’t jump from crazy to reasonable. The theory has always been the same. The people who got it wrong changed their minds. They are writing about themselves, with zero self awareness.”

"I think a lot of science writers are racing to think ‘How can I position myself’ and ‘How can I seem reasonable while changing my position’ and ‘Aren't I great for eventually being objective after failing for a year.

“… what all these science journalists won't admit is they got took by their best scientist sources, who misled them, on purpose, to the detriment of science, journalism, and our public health."

Many of those “best scientist sources” were from the pharma industry.

Irreducibly disappointing is how, in an industry of regulated science and outstanding scientists and leaders, a “follow the science” mantra in regards to the origins of the Wuhan coronavirus actually meant:

Great professionals of scientific fortitude and high action, who have taken on the coronavirus and saved countless lives, have at the same opposed – or remained silent on – the lack of investigation into the Wuhan coronavirus lab.

The politics of pharma leaders and practitioners has been key to the cessation of scientific pursuit.

It could just as well serve as a biopharma industry warning.

“On what basis was the lab leak theory ruled out for months by the media despite the lack of any evidence or logic for ruling it out?” asked Jenkins.

“We’re bad journalists, has been the unembarrassed answer from the media this week in a wide array of print and online publications …

“We in the press dismissed the lab theory because of an appeal to authority: When anti-Donald Trump spokespeople ridiculed it, that was good enough for us …

“… Most insidiously, we relied on a fallacy sometimes known as ‘alleged certainty’: ‘The question remains open’ is not a headline that attracts clicks. A headline that does is “Lab leak theory again proves Trump’s incompetence.”

Why did we allow the WHO to cover up for China, without raising more (or any) stringent objections?

Did Pharma’s chafing at a persona (Trump) interfere with vaccine development?

Vaccine success seems to point to no. However, we can ask whether knowing more about the origins of the coronavirus would have further assisted our already herculean efforts.

Our industry’s challenge with China may have started years ago with decisions about drug development and manufacturing outsourcing.

Unfortunately, we have a much bigger China problem today.

Coming to terms with that is a first step to a better path.

More from Outsourced Pharma Chief Editor Louis Garguilo on the politics of Pharma and the coronavirus:

What Happens When IP is Redistributed? CDMOs Without Borders

Did You Vote To Give Your IP Away?

Did The U.S. Government Just Hijack A CDMO?

Nations Should Be Able To Take Care Of Their Own