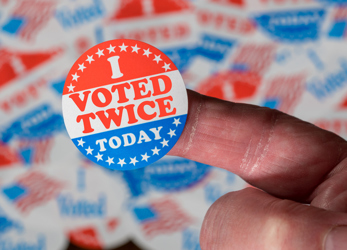 One election is (mercifully) over, but the votes are still being tabulated on a second in which Outsourced Pharma readers are directly involved.

We’ll get to the potential impacts on our industry of the first – the U.S. political election – in a moment.

Let’s start with results coming in from CDMO “precincts” in the second “election,” with these examples tabulated in just the past few days:

There have been many more like these in recent months.

So what do we have here?

Perhaps most simply, a calculation of supply-and-demand enticing U.S.-based CDMO expansion. In other words, “voters” like Outsourced Pharma readers want and are being supplied with more domestic outsourcing optionality.

Also, supply-chain concerns heightened by the coronavirus pandemic have certainly been an influence.

But others might suggest something much different at work here: a coefficient of “nationalism.”

Which brings us around to that first election.

At this emotional moment in U.S. political history, among other things, “nationalism” has for some become a disheartening dog whistle for anything viewed as “anti-globalist.”

And it’s been blowing within our supply-chain discussions.

What was the title of the article?

“Nationalism and the Pharmaceutical Supply Chain”

Perhaps via this headline there’s a specific reader-cohort Armaghanian was looking to entice that might benefit most from his fair and balanced discussion.

The article is dated December 9, 2020, and is non-political (or “bipartisan,” in the empty parlance of Washington), mentioning former President Trump once, and now President Biden not at all. I encourage reading it.

Nonetheless, it’s certainly no secret the domestic-drug supply chain has been fueled by Trump and his now-former administration, and policy aside, that alone was enough to draw derogatory labeling.

However, as per the aforementioned on-the-ground election for domestic optionality registering in CDMO activity, an increase in  drug development and manufacturing is (finally) on the rise, and widely viewed as good for U.S. enterprises, and particularly patients.

And something the Biden administration is now keen to take advantage of.

The reset, though, is problematic.

Matt Pillar, Chief Editor, Bioprocess Online, has laid out an early documentation of the attempt at a new positioning, in an editorial titled:

“The Biopharma Supply Chain Under The Biden Administration.”

Pillar meticulously goes through some of the administration’s early statements of intent regarding the domestic-drug supply chain.

Interestingly, most of the Biden statements sound like Trump on steroids. (Could you possibly imagine that!) Among those Pillar lists:

But note: Like magic, this set of policies is no longer labeled “nationalism,” or “anti-globalism” in intent.

Which is interesting, because:

The past four-plus years, the biopharmaceutical-industry collective, often via its lobbying arm PhRMA, individual leaders at Big Pharma, and others, vehemently rejected the just-past administration’s directionality for any federal effort to sure up domestic-drug supply chains via government policy.

“We can take care of our own supply chains, thank you very much,” has been the industry message. “No federal intervention – or those distasteful nationalistic tendencies – in our global business model is acceptable.”

So will these actors now respond similarly to the new administration’s plans for elevated supply-chain intervention?

As they say, elections have results.

And what we have is this:

An increasing contingent of U.S.-based biopharma organizations have been voting via their independent outsourcing decisions for more work to be done here.

But how much federal government involvement do you feel is needed (if any) to sure up domestic drug development and manufacturing operations and outsourcing opportunities?

Of course there are other questions and more to this discussion than what we’ve outlined here.

The biggest example might be the political policy on China. I’m sure we’ll revisit that during the year.

But for now, allow me to offer this:

Let’s all put in for some self-examination on how political preconceptions and labeling can color our industry perceptions and reactions, as we continue to vote in “both” elections.

I’m on record as one who’d hate to see any lessening of recent domestic supply-chain momentum, or any heightening of federal government intervention into your drug development and manufacturing outsourcing.