Did The U.S. Government Just Hijack A CDMO? 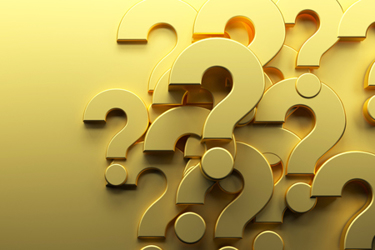 Did the U.S. government just seize a private CDMO’s operations?

There are serious, extenuating circumstances no doubt, but we need a deeper contemplation of what has gone on at Emergent BioSolutions regarding vaccine production.

Outsourced Pharma readers are the experienced professionals to do that.

With our understanding of outsourcing development and manufacturing, we should be able to offer perspective, and perhaps pull out some lessons.

So from that lens of supply-chain understanding, what’s happening here?

We have the “contamination” of one COVID-19 vaccine with another at a CDMO manufacturing facility in the U.S., and a subsequent decision that the first vaccine could no longer be produced there.

Those involved are the aforementioned CDMO, Emergent, vaccine-owners Johnson & Johnson and AstraZeneca, and the U.S. government.

Alongside serious ramifications of potentially less vaccine for the world, both the reporting and the decisions made in this sponsor-CDMO-government relationship are also concerning.

And despite what to-date has appeared a general lack of concern over that reporting and those decisions, it appears we are not the first to pose the question leading this editorial.

On April 4th, Emergent felt it necessary to include this sentence in a press release:

“Emergent continues to own the facility and perform its contracts consistent with its obligations to all of its customers and in compliance with the regulatory standards promulgated by the FDA and all other applicable regulatory authorities.”

So no “siege” exactly.

The Biden administration directed J&J to fully take over its vaccine production at the plant, and moved to stop the plant from making another vaccine by AstraZeneca.

First, it’s concerning this type of intervention came with what appears hardly a second thought from either our industry, or any other contingency.

Which prompts at least this question, which I hope every reader answers themselves honestly:

Would you have reacted differently if instead of the “Biden administration,” it was the “Trump administration” directing J&J and moving to stop production of the AstraZeneca vaccine?

Second, “the plant” is an independent company not owned by the U.S. government nor J&J. Again, to “take over production,” and kick out AZ deserves more thought than it’s getting.

Third, and we’ll continue this in a moment, who selected Emergent as the best location to manufacture both vaccines in the first place?

Fourth, why is this all complicated by: Agencies of the U.S. government serving as surrogate customer to Emergent on behalf of two Big Pharma companies – J&J and AZ?

Couldn’t J&J and AZ themselves make the deals needed to build out, secure, and utilize capacity as the buying customers, and then sell its vaccines to the U.S. government?

In other words, was this arrangement the best outsourcing solution?

Regarding this, acting FDA Commissioner Dr. Janet Woodcock said the agency “takes its responsibility for helping to ensure the quality of manufacturing of vaccines and other medical products for use during this pandemic very seriously.”

However, she goes on to say:

“It is important to note that even when companies use contract manufacturing organizations, it is ultimately the responsibility of the company that holds the emergency use authorization to ensure that the quality standards of the FDA are met.”

But with the federal government making the funding and outsourcing deals with Emergent, it seems quite too much to be finger-pointing at this time.

And now this sad turn of events has snowballed into a completely paused vaccine production location.

We have to wonder if we utilized our outsourcing network wisely.

Don’t Read It In The Papers

Without argument, this is a sensational, disturbing, global story.

And on cue, the mass media rose to the occasion – without confirmed facts.

I’d like to bring to readers’ attention an example.

On March 31, The New York Times ran a story picked up by many others:

Workers at a plant in Baltimore manufacturing two Covid-19 vaccines accidentally conflated the ingredients several weeks ago, contaminating up to 15 million doses of Johnson & Johnson’s vaccine.

However, this was somewhat buried in a longer piece in that same paper on April 7th:

“… An investigation is now underway, but federal and former company officials suspect the lot was tainted because an employee moved from AstraZeneca’s section of the plant to Johnson & Johnson’s without showering and taking other precautions.”

Two very (very) different problems, and neither yet confirmed.

Outsourced Pharma readers need no reminder of the sturdy and methodical processes we undertake to determine the root causes of any deviation or such mishap.

Quick but thorough investigation is always required and vital. Often stopping production or processes is unavoidable.

Jumping to conclusions – in public no less – is not.

A Word On Selection

That same April 7th article in the Times mentioned “a top federal pandemic official” who was on record saying the facility had to be “monitored closely.”

There is also reporting on a number of prior quality control problems, flagged in audits and investigations by AZ, J&J, at least two federal agencies, and Emergent’s own quality evaluators.

Were these the type of challenges all manufacturing facilities face? Or were they in fact more serious? If more serious, what remediations were undertaken?

Good questions, the answers to which we shouldn’t speculate at this point.

Yet it has been reported that subsequent to news of the lost doses of the J&J vaccine, federal officials “went as far as to order major changes to the plant.”

Yet we should note the FDA has not certified the factory to distribute any doses for public use, but that Emergent is in fact a longtime federal contractor in the area of biodefense.

We simply don’t know the process by which J&J, AZ, and the U.S. government selected its CDMO.

What we do know is this event once again demonstrates the importance of getting this process right.

We remain in difficult and extraordinary times as we continue to fight a coronavirus dangerous to humans and spread worldwide.

The biopharma industry has stepped up remarkably.

That certainly includes our outsourcing partners.

I’d say this also includes the U.S. government to a large degree.

However, these are precisely the times when we must be vigilant in judging how these three come together.