Women In Our Workforce: A Biogen Millennial Manages CMOs 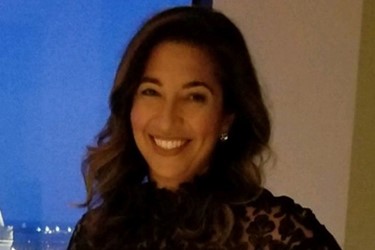 Born at the tail end of the 1950s, the “baby boomer” moniker wore itself thin for me many years ago.

I bet the “millennials” will get that same feeling even quicker. Perhaps even sooner for those who have entered our drug development and manufacturing industry.

But for now, that description continues to define an age group – circa 1981 to ’96. And the millennial impact on our industry is already being felt. For example, we recently featured young executives who founded a drug development company while in their early twenties.

Of course, few of any generation get to the founder/CEO station. Unfortunately, still fewer woman make it there. What happens to individuals as they start out in their careers, and try to climb proverbial career ladders should be of particular concern to all of us.

Tara Caiano, Virtual Plant Manager, Biogen, is a young-woman professional. We featured her a few weeks ago, just after she had relocated from Biogen’s Boston location to manage an external supply-chain partner in Switzerland.

She also spoke to me about some of her personal experiences.

I point out to Caiano (as if she doesn’t know) that she’s a millennial, a female, and now an expat in Switzerland, working in an industry full of males.

“It definitely takes a special person to be in this position, not meaning to promote myself,” she adds.

“This role [as part of Biogen’s External Manufacturing (EM) group, and as a manager of CMOs] had previously been male dominated. I was a little nervous going in, and then also thinking now our Swiss CMO is going to be presented with a female who is also young. I was worried about being taken seriously.”

“I've been lucky with all the CMOs we've worked with. They've respected me from day one. I’m sure part of that is because they know Biogen's reputation and history. We wouldn't put just anybody in this position – which is the face of Biogen to those CMOs.”

Reputation and enlightened CMOs certainly help. Running successful projects with external partners, though, is still a matter of individuals working with individuals. I ask Caiano why she thinks she’s had such positive results.

“I don't tend to back down. I speak up no matter who's in the room,” she says, more lightheartedly than the words suggest.

She pauses, and then adds: “If you don't have a strong voice, this might be a difficult position for somebody. You are constantly advocating for one side or the other. I'm actually a forensic scientist by background, so I have always been surrounded by males in a scientific field, and having to fight that much harder. It’s helped prepare me for this particular role.”

It was another female scientist with a background in forensics who led Caiano to Biogen. The two met in graduate school at Boston University. Her mentor was already working at Biogen. “There was a position that opened up in her group. She kept asking me to look into it. I wasn’t interested at first, but she kept asking. My first job here was in a QC lab, so it was science related, and there were transferable skills.”

There was another element involved.

“To be honest, when I looked into the financials of working for a pharmaceutical company versus a state or county forensics crime lab, it was an easy choice, and Biogen in particular,” says Caiano.

“I have a passion for the type of therapies we make and the patients we serve. I wasn't going to work for a Big Pharma, perhaps making controversial medications. Biogen was targeting a small patient population for those suffering from devastating diseases. So while the financials were attractive, it was more about the opportunity to help patients with a better quality of life, some with a high unmet need.”

Was Caiano so far ahead of the curve that a decade or so ago, as a grad student, she was already differentiating and critiquing the pharma industry, much as we have come to do today?

“In school we still didn't know it was an option to work at a biotech or pharma company. But I’d been studying medicine and science for so long. I made sure to do my research, and Biogen does a great job at stating their mission. That was attractive to me at first.”

Back to her point about reputation: What of the less-than-stellar reputation the pharma industry as a whole gained – whether deserved or not?

“Unfortunately, for people not in the industry, when they find out I work for pharma, I always have to ‘follow up,’” says Caiano.

“If people were more educated about how expensive it is for a company to develop a drug, the money needed to reinvest … and the risks pharmaceutical companies take when spending billions of dollars on drug development that may never make it. I try to educate anyone that gives me a bad reaction when I tell them I work for a biopharma. Our companies invest in employees and also the communities around them.”

Both experienced professionals and those just getting their feet wet will tell you managerial positions up and down the external supply chain can be difficult, and pressure-packed. Where did Caiano learn to manage people?

“I'm not quite sure!” she says, bouncing a laugh off the Swiss Alps. “I played sports in school. I was always the team captain. My life experiences taught me to be more of a leader.”

Then, with a hint of sarcasm: “It might also be my control issues.”

“In school, I had a hard time delegating tasks in group projects. I would just do it. That probably wasn't so great growing up, but I think always being able to communicate what is needed and falling into that leadership role helped me.

“I took some management courses at Biogen. But you really learn by actually managing different types of people, and learning how to deal with conflict and complexity. I was very lucky – I had good managers at Biogen. They continue to give me opportunities that help me develop skills.”

I end by asking Caiano if nowadays other female professionals reach out to her for advice?

“Most every female wants to know: ‘How do I move up? How do I do this?’ That's the part of my job I love the most. I do feel like I have many suggestions and ideas I can pass on.”

Caiano says she recently spoke to one of her SVPs at Biogen, who “happens to be female,” about this subject.

“At my level, there are fewer females than males, but as we move up closer to her level, even that gets reduced. Biogen has a strong focus on diversity and inclusion, with an emphasis on recognizing women in particular. We have a women innovation network focused around advancing women professionals. We are addressing that gender issue and I think that's a good start.”