The New Outsourcers: Amylyx And The Next-Gen Biotechs 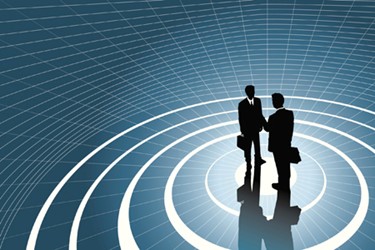 Amylyx Pharmaceuticals co-founders Justin Klee and Joshua Cohen were 21 and 22 when they started their virtual biotech in 2013, while pursuing undergraduate degrees at Brown University.

Today, their insights about drug development and manufacturing outsourcing are nothing short of remarkable.

In the six years since their talk as classmates concluded with the agreement to join forces, they’ve made substantial progress in an attempt to combine two existing chemicals to prevent the nerve-cell death that characterize diseases such as amyotrophic lateral sclerosis (ALS) and Alzheimer’s disease.

In a discussion from the company’s location in Cambridge, Massachusetts, Cohen, who serves as CEO (Klee as president), explains: “At the time, new research in neurology was characterizing the central pathways responsible for the degeneration of the nervous system. We realized these chemicals, which had primarily been studied outside of neurology, targeted them.”

In 2017, Amylyx received orphan-drug designation for their therapy, AMX0035, an oral therapeutic for the treatment of ALS. The two actives being combined are taurursodiol and sodium phenylbutyrate.

All along, Klee and Cohen – who recently “doubled” their internal headcount from 3 to 6 – have relied on contract research, development and manufacturing partners, and consultants.

How much did they know about outsourcing – or even the existence of CROs and CDMOs – when they started out? Let’s just say they they’ve gone from zero to up-to-speed in a very short time.

“It's safe to say when we started we knew just about nothing regarding outsourcing,” Cohen recalls. “Justin [Klee] and I had been reading papers and reports that ultimately led to the idea for the new combined drug. So the first question was, how do we test this idea?”

Well, why not just start with a Google search?

“We were amazed,” says Cohen. “As young people with no lab, little funding, and perhaps more importantly, less credibility, we discovered we could run various types of experiments for a not completely unreasonable amount of money to test our hypothesis. That’s how we started outsourcing, and we had a great experience nearly instantly. The people on the other end of the phone had PhDs and all sorts of experience. We recognized we couldn’t be experts in everything from the start. We have to live and die by our partners, so why not just take full advantage of what's out there?”

Klee and Cohen took some missteps along the way. Who wouldn’t have expected as much?

But what surprises me is their elucidation of those challenges, perhaps as well put as we’ve heard at Outsourced Pharma.

“When we were selecting our first drug-product manufacturer, we took a short-sighted view: How do we make a few kilos? We weren’t thinking about how we make hundreds of kilos of the drug yet,” explains Cohen.

Not atypical... but extra critical for AMX0035. The standard batch size today in their clinical studies is 360 kilos – the drugs are administered in high doses and given chronically. The next anticipated scale up is in the two-thousand-kilo batch-size range.

“We didn’t recognize at the start that the equipment wasn't really there at our first CDMO,” continues Cohen. “They made a heroic effort, but in the end, it's like fixing your house. If you have the wrong tools, the projects are really hard. If you have the right tools, the projects are much easier. We ended up pushing the capabilities of that group. The lesson learned was it's best to go to the group who has the right tools for the entire job.”

I ask the two leaders about the importance of geography in the CDMO selection process.

“Basically for the API, we followed the existing technology,” explains Klee. “It happens the APIs were already made by groups in Europe and Asia, so those are the groups we used. Geography then, wasn’t a major criteria. But we did also go with a group in Canada for drug product, and one in the U.S for packaging who were experts in the types of processes we’d need.”

Klee continues: “What's been most critical for us is every service provider we work with, we see as a real extension of our company. I'd say we prioritize that above everything else. We make our mistakes and have our battle scars, but that's been our North Star. It’s helped keep things moving in the right direction, and ensured the partnerships are true partnerships.”

Klee also confirms for me – and in so doing attests to all that is good in our CDMO industry – even the larger service providers have provided Amylyx the attention it deserves, and they, too, are included as trusted partners for the young biotech.

While Klee and Cohen selected and managed their first vendors based on their own judgement calls, that changed significantly as Amylyx began to bring on consultants. They started with a regulatory consultant who told them they should also bring in somebody who was an expert in CMC.

“Our initial response was, ‘We can manage that.’ But, thankfully, eventually we were convinced and brought on our CMC consultant. We started working with her, and she said, ‘You want somebody who really knows quality.’ We had the same initial reaction, but she insisted it was something we needed. That then led to a technical expert.

“One of the first things he asked was about our formulation, which uses a lot of sugar. He quickly recommended changes that could result in better flow, processing, and impurity profiles. We looked at each other like, ‘Well, I wish we had this conversation two years ago.'

“So that’s been critical,” says Klee. “Having the right expertise around the table, and ensuring they are close to everything going on so they can lend their expertise and help manage as issues inevitably arise.”

Cohen says perhaps the most important realization for inexperienced biotechs is the importance of the manufacturing process.

“At the start, we considered the oversight and effort needed for manufacturing at a similar level to some of the other things we were doing, such as testing with CROs, and academic partnerships. But a big lesson we learned, which I think can get lost on certain companies, is that the manufacturing aspect is both highly technical, and in fact really difficult. There are so many things to check on to ensure your manufacturer is doing it right. You can’t just throw it over the wall and hope it works.’

He adds: “I’d say of all the different outsourced activities, manufacturing is the one that might need the most internal attention – manufacturing and the clinical trials. We didn’t recognize that coming into this.”

Fortunately, Klee and Cohen are quick learners … and our new ambassadors for outsourcing.