U.S. Manufacturing On The Rise: Add Another CDMO To The Heartland 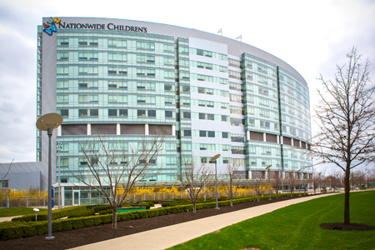 CDMOs are arise in the U.S.

We recently reported on plans for the “biggest CDMO in the world” to be established in King of Prussia, PA. Prior to that, it was a Harvard University-led collaboration in Massachusetts building a new facility. I’ve had conversations with various biopharma professionals pointing to growing relationships with CDMOs on this continent.

More broadly considered: Ascending U.S.-based CDMOs may exemplify a national taking back of our own supply-chain destiny.

The two announcements mentioned above are specific examples of the expanding gene-and-cell-therapy development and manufacturing base in this country, and importantly, preempts some growing concerns of a viral-vector capacity crunch.

Now there’s another CDMO, Andelyn Biosciences, taking shape in Central Ohio. And talk about new models of creation, this one is being spun out of a hospital.

But not just any hospital.

The Nationwide Children’s Hospital of Ohio is no stranger to gene therapy development and commercialization.

Of the two gene therapies currently approved by the FDA, one was originated at the hospital’s Abigail Wexner Research Institute. Zolgensma (onasemnogene abeparvovec-xioi1) targeting spinal muscular atrophy (SMA), went commercial in 2019, after years of intense research at the institute, the spinout of a biotech – AveXis – to continue development, and a commercial partnership with Novartis that resulted in an acquisition.

AveXis, by the way, operates a “state-of-the-art manufacturing facility” in Illinois, recently purchased a biologics therapy manufacturing campus in Colorado, and is building a new facility in North Carolina, to support production of Zolgensma. That’s three for three on the side of U.S. manufacturing.

Back at our CDMO-spinning hospital, Dr. Dennis Durbin, Chief Scientific Officer, Nationwide Children's Hospital, and Professor of Pediatrics, The Ohio State University, told me they have been operating a successful “in-house” CDMO for some time. “In-house” because the CDMO helps drive the hospital’s own research programs.

But that facility also develops and supplies phase-one, viral-vector material to some biotech and pharma customers throughout the U.S.

Those activities are about to scale up.

“This is part of what we call our “vector core,” he explains. These capabilities will all expand in a newly built facility to fully come on line in 2023.

“We work with our biotech clients to fine-tune specific features of their vector manufacturing needs,” Durbin adds. “These are the type of services you’d find in a high-functioning CDMO. We help develop the product and innovate on manufacturing processes, and also have a sterile-vial, purification-and-fill room for patient dosing.”

Currently missing: The ability to manufacture beyond phase one clinical trials. That’s where the new facility – at a to-be-determined greenfield site in central Ohio – comes in.

Plans are to employ over 200, and offer enough capacity for all phases of the clinic and commercial manufacture for biopharma customers.

There’s also a new technology platform on the way.

“Our core manufacturing platform currently uses adherent technology,” Durbin explains. “We use hyperstacks to maximize yields at our current scale of production, and have developed and replicated both upstream and downstream processes to reliably manufacture sufficient vector to support phase one and two clinical trials.

Refreshingly, Durbin doesn’t lean on any appreciable hype when I press him for more details on that new facility.

“We don't have finished drawings for size and scale, and haven’t selected the equipment yet, so I can't be specific,” he replies.

He does add: “I will say this facility will be a substantial increase over what we're doing now, and we intend to make a meaningful contribution to the barrier we have in gene therapy today, in terms of commercial-scale manufacturing capacity. This is the principle barrier to gene therapies becoming a widely adopted, paradigm-shifting treatment.

“We won’t solve that problem on our own, but we can help in overcoming that challenge.”

Clusters In The Heartland

As with the above-mentioned Harvard-led CDMO and King of Prussia, PA, announcements, CDMOs are also being looked upon to bolster biotech-cluster activity.

“We hope to catalyze the development of a biotechnology and gene-therapy hub here in central Ohio,” says Durbin. “Boston, Philadelphia, The Research Triangle Park [North Carolina], you know them. We aspire to help central Ohio – the Columbus area – become another hub.”

“Having this new commercial-scale manufacturing capacity can attract and accelerate the development of a number of businesses here in central Ohio,” he says.

But does Durbin have the workforce?

“The recruitment and development of specialized talent needed to support this organization is a significant challenge. The way we approach that is, first of all, actively search for a CEO.

“We need to name that person who can drive the build out of the rest of the senior management team.” Durbin is also putting together an independent board for Andelyn.

“And while there are the longer-term challenges of recruiting and developing a workforce, we are excited to partner with a number of our educational institutions in central Ohio,” he adds.

Durbin mentions enormous Ohio State University, as well as other universities and community colleges in the region. “They are excited about the opportunity to partner with us to develop training and educational programs to produce the talented individuals we need at all levels of the biologics manufacturing organization,” he says.

“But certainly in the early days,” the realistic Durbin continues, “we’ll require recruitment outside of the region, particularly perhaps for senior executive talent. But that will help us achieve this aspiration of kick-starting the development of a gene therapy hub here in central Ohio.”

At least one biotech has already bought into the vision.

Sarepta Therapeutics, “an important partner of ours,” says Durbin, established a gene-therapy-focused research and development facility nearby “in recognition of the potential and the promise of the region.”

“Sarepta has licensed a number of our gene therapy technologies,” Durbin says proudly, “and we have manufactured for them.”

“We're just going to take all this activity to the next level.”

Where, we might say, we need it most. In the U.S. heartland.