A Harvard Assist For Cell And Gene Bottlenecks 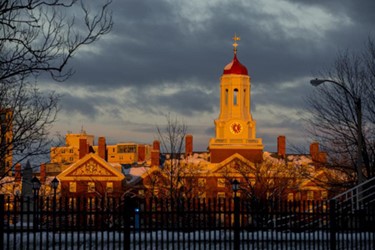 Bottlenecks and backlogs in development and production of cell and gene therapies.

Harvard to the rescue.

Actually, Harvard with partners, such as MIT, well-known hospitals including Dana-Farber Cancer Institute, and companies familiar to Outsourced Pharma readers, such as Fujifilm Diosynth Biotechnologies and GE Healthcare Life Sciences.

They and others are part of a $50 million Center for Advanced Biological Innovation and Manufacturing, which will be constructed at a location in Massachusetts soon to be announced.

I’ve been able to gather more detail on this new center and its objectives. And we’ll use an analysis of this news as a catapult to investigate the overall cell and gene industry from our particular standpoint of CDMO assistance. We’ll focus on the equipment and services biopharma companies need to progress their programs to commercial products and therapies.

According to Harvard, while there are “many commercial contract manufacturing organizations, shared lab spaces, and even small manufacturing spaces at universities and hospitals in the U.S., this is a first-of-its-kind facility in three respects”:

The university states: “From gene therapies to cancer immunotherapies to cancer vaccines, recent biomedical advances have redefined what is possible in medicine. Yet, despite the advent of such transformative therapies, bottlenecks in the discovery pipeline and backlogs in production remain pressing challenges that hamper the rapid and widespread delivery of new lifesaving treatments to all patients who stand to benefit from such critical innovations.”

I asked Harvard for more detail on those production bottlenecks, and precisely: What equipment must go into a new facility of this kind? What services does the Center – or a more typical CDMO – need to offer biotechs?

The university immediately put me in touch with GE Healthcare Life Sciences to help answer my questions. That led to an informative and open conversation with CEO & President Emmanuel Ligner.

Not Quite A CDMO

First off, the Center will not serve as a typical “CDMO”; the plan is to operate as “an independent, nonprofit organization.”

However, says Ligner, “We have every intention to help the local biotech.” The Center will form a committee to review “the scientific interest of some of the small biotechs in the Massachusetts environment.”

“As you know, it's a geography boiling over in terms of innovation. There’s a need for space, product, and access to patients. The Center will be the right place to come for a local biotech.”

For Outsourced Pharma readers, encouraging from from our vantage point is the news of this direct pairing of members of the drug development and manufacturing outsourcing industry, and the universities and hospitals.

It has been a delimiting defect that CDMOs and universities – who share the biotech start-up as a partner and customer – have not figured out how to engage in more collaborating, co-investing, and co-developing of potential new drugs and therapies.

Employing all those partners and assets, we are told the Harvard center will “explore and develop innovations in cell and gene therapy; advance biologic discovery and manufacturing; and accelerate developments in immunotherapy, cell therapy and gene editing.”

Lets now turn to the premise of development and manufacturing bottlenecks. What exactly are we referencing?

The cell and gene industry has been on the move. GE Healthcare Life Sciences, for example, has garnered attention for its assistance in accelerating capacity for cell therapy, most notably in China. (A recent example is a large Lonza factory in China currently under construction.)

In Northern Switzerland, Novartis recently made news with this telling headline: Novartis's $90 million Swiss factory to help solve cell therapy bottleneck. (I guess $90 million is what it takes nowadays.)

That facility is described as “a cell and gene therapy factory,” particularly to begin commercial production of its cancer cell therapy Kymriah in 2020.

Overall, Novartis is said to be investing some $500 million in new facilities around the world “to address production bottlenecks.” According to Reuters, drug companies including Novartis and Pfizer plan to spend a combined $2 billion “building out gene and cell therapy manufacturing.”

Given these and other announcements, I ask Ligner if any “bottlenecks” aren’t already being adequately addressed.

“Let me approach this differently,” he replies. “The number of clinical trials in gene and cell therapy have exploded over the last few years. There are a thousand-plus clinical trials ongoing globally, so we must do more than just create more capacity.

“Many of these new therapeutic approaches require the production of viral vectors. Viral vector manufacturing today is cumbersome, and the yields are poor. So the demand on viral vectors – and their price – is extremely high. This is why you see a huge amount of investment in that field.

“If you are a startup biotech in need of viral vectors today, the waiting list may be pretty long. It makes sense the industry continues to invest, including in the CDMO area.”

Therefore, confirms Ligner, viral vectors make up the bulk of those talked-about bottlenecks for cell and gene research, development and commercialization.

“If you think about cell therapy, you modify genetically the cell of the patient ex vivo using a viral vector. In gene therapy, that modification occurs in patients. But typically in both cases you need a viral vector to carry the gene inside the cells, either ex or in vivo.”

And of course for viral vector manufacturing, says Ligner, there is a list of equipment that can and needs to be installed and utilized. We will cover this equipment in detail in part two.

Today larger biopharma confront the choice of building facilities or outsourcing for those viral vector (as well as related) services. For smaller companies, it’s more a decision to accurately determine if your CDMO has the right skills … and that requisite equipment. And get into development and production schedules.

For now, Harvard and company deserve kudos for bringing together the various players – universities, hospitals, drug and therapy developers, CDMOs, and equipment providers – all to serve a localized biotech community, and ultimately patients.

Says Ligner: “This consortium provides the opportunity to develop and accelerate the next generation of technologies to alleviate bottlenecks in manufacturing. For cell and gene therapies to reach their full potential, we must deploy a dual approach of expanding capacity, while developing new technologies.”

Chances are – and sources are already telling me as much  – this model will be replicated in other biotech clusters around the U.S.

Click here for Part 2 of our discussion with Diana Francis, China Biopharma: Recognizing The Past, Recasting The Future