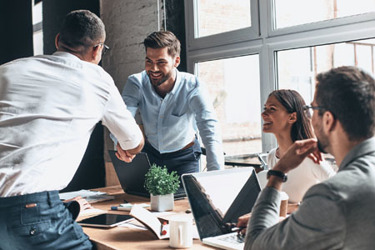 Nowadays, Ken Ford spends his time as a consultant, and a main component of that is educating start-ups on the experience of outsourcing drug development and manufacturing.

His own experience stems from a career that started at Merck, went through Shire/Takeda, Novartis and Lyndra Therapeutics, before he founded CMC Tech, LLC.

“I'm constantly amazed how many biopharma professionals don't realize some of the big priorities driving CDMOs,” he says in a recent conversation. He says too many don’t realize CDMOs are always asking themselves, “How do I keep my manufacturing lines running all the time.”

It’s both a business priority to keep capacity generating revenues and higher profitability allowing for further investment and expansion, and a way to satisfy as many clients as possible.

Not recognizing that perspective is the root cause of many communication issues and frustration between biopharma customers and service providers. Much of Ford’s initial educating of his clients starts here.

Once this is absorbed, he moves to strategies on how to take advantage of the new-found knowledge. One such strategic advantage he discusses in detail is the use of “trade-offs.”

“Everybody has a schedule,” Ford begins. “We have a schedule inside the company I represent; the CDMO has a number of schedules they need to work with, and other suppliers and supply chain partners do as well.”

“I find CDMOs react positively when you can show them flexibility with scheduling.” An example he cites is when a second client experiencing issues with their manufacturing is causing delays with his client’s program.

“Or perhaps there is some other emergency at the CDMO, but we respond by letting them know we can manage if they are going to be a few weeks delayed. If it is not going to be a big deal, we should let them know that.”

However, says Ford, he and his client also tell the CDMO they expect this to be reciprocal, and for the CDMO to react positively at such a time when any delay would be critical.

“CDMOs respond to that give-and-take well,” he says, “because many of their other customers don’t seem to exhibit that flexibility.”

“It is a big positive when you can develop those symbiotic relationships. It’s a form of showing respect, and gaining mutual understanding. That's powerful for getting CDMOs on your side and doing the things that you need.”

“It's no longer a strictly contractual relationship," he adds. "It feels more like you're on the same team. In fact, I equate it to empathy. Although I've never worked for a CDMO, I've been fortunate enough to have some good relationships where I could see it in their eyes when there’s this mutual trade-off based on real priorities.”

Nowadays, many of his startup biopharma clients with some CDMO experience start out by telling him of their “horror stories.”

“When someone has mostly horror stories, I immediately wonder whether their approaches to outsourcing have been valid,” Knox says. “Where is the real source of their issues? That's not always comfortable for people to reflect on.”

Ford worked at some big companies during his career – including one of the most advanced, early outsourcing powerhouses in our industry (Shire) – but now mostly takes on start-ups as his clients.

How does he think about those early experiences versus the ones he faces today with those smaller companies?

“When I talk to my clients about looking for an external partner, they're essentially shopping for ‘the right CDMO,’ he responds. “I tend to present this challenge to them in a different light – as a series of ‘life’ choices.”

Before focusing on the CDMO, he asks his clients to focus internally.

“What exactly are the best choices for you?” is a key question. He advises choices aren’t necessarily good or bad ones, they’re just different paths.

This tact usually leads to some elaboration. However, some smaller companies, for example, are simply dead set against working with the biggest CDMOs.

“I don't buy that,” says Ford. “It may not be right for you and for your goals, and you can get lost in the crunch there. I understand. But the opposite can also be just as true.”

“You can sign up with a small player who doesn't deliver for completely different reasons. Even though you feel more like the 800-pound gorilla there, it doesn't matter.”

More important, he says, is knowing what your priorities are. And those most always come down to calculations such as the well-known triangle: of the three things you want – cost, time, and quality – you can only truly optimize two.

Ford says clients ask him the wrong question upfront: Which CDMO do I need to go to?

It’s not that simple. “First,” he asks, “What are your priorities?” He always sends them back to the originating objectives.

“I tell my clients, ‘We need to have a conversation to uncover those priorities and exactly what they are based on. Then we can look for a fit. And it may be at a large CDMO, a small one, or somewhere in between.’”

Ford often discovers as he is going through this exercise with clients that they haven’t thought sufficiently enough to adequately answer basic questions. “They have not performed that mental exercise needed for successful outsourcing: Walking through, identifying, and convincing themselves what their priorities are.”

“The irony,” Ford tells me about this exercise, “is they sometimes get a little frustrated with me up front. They just want to know who I think the best CDMOs are.”

“But we do have these conversations, and afterwards they say things like, ‘Wow, that changed how we're looking at everything now. Not just the CDMO or outsourcing component.’

“They may uncover that they don’t have enough people in a certain area. For example, they hadn’t completely understood the regulatory challenges in front of them, and now see they need an experienced expert internally. They simply never had that deep conversation before.”

We’ll have more of our conversation with Ford in part two.