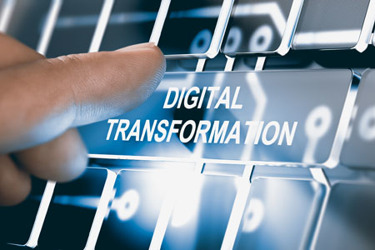 Earlier in our conversation with Ken Ford, former Big Pharma and biotech executive turned consultant, he explained the need to “educate” the start-ups he now assists with selecting a CDMO and working effectively with external partners.

Let’s reverse the exercise: What can the CDMOs do to hold up their end of the relationship?

Ford has an answer at the ready: digitize.

Here’s what he means, and why the slow burn to digitization still sets fire drills downstream of drug development projects.

This is a subject Ford has thought about throughout his career, but more so recently now that he sees how a lack of digitization affects his clients.

Perhaps for readers as well, it is hard to believe in 2022 we still talk about “paper versus digital.” I recall going through the debate on “electronic batch records” while working at a CDMO well over a decade ago.

This isn’t to say that none of the CDMOs have migrated to digital data platforms; many have (at least to some degree).

However, says Ford, “Even relatively new CDMOs sometimes set up operations so they are practically all paper.” This despite our industry having “reached the tipping point where it makes perfect sense for CDMOs to start out digital.”

Part of that perfect sense is cost savings to provider and sponsor can be significant.

In the long run, that is.

A barrier has been the need to bring in comprehensive software packages that “tend to include everything,“ when at the start the need is limited.

“CDMOs starting out probably don’t need every component, because they don't have enough clients yet,” suggests Ford. And he sees the same issues with adoption at sponsors building out their own internal manufacturing.

Ford says there are, though, “some nice software packages today where you can implement only the portions you need, for example regarding quality documents such as batch records, change controls, SOPs, deviations – the usual list of things – as well as some of the development elements.”

“If you can go down the path to digitize from the outset of a program, all the development work and then all the manufacturing, while things will change, you can access and learn from what you did before.”

Often, Ford finds drug developers are not able to do that vial data mining – even, he emphasizes, when they get to late phase two or phase three.

“I've experienced this several times,” he says. “When you go to write an NDA, you have the INDs to look at, but you go back to the paper batch records for everything. Actually gleaning any type of information out of that is so difficult.”

“To support a DOE [Design Of Experiment], and fully support your NDA, takes a large amount of time and resources. The information is so difficult to access at that point.”

Whereas if records and data had been digitized from the beginning, sponsors (and CDMOs) could easily mine and access vital information – in fact, most all that had gone on in the past.

Ford does caution “to take everything in context, because you've probably changed your process, and some data may not be directly relevant.” However, this data gathering can be directional, and helpful in understanding where, for example, the failure points in a DOE might reside.

Ford recalls a recent visit he paid to a CDMO of which he held a favorable impression, and was excited to work with:

“The company is less than 10 years old, and they are doing impressive upgrades, including a new WFI [Water For Injection] system, and adding a processing line with a new barrier isolator for sterile and drug product processing. They're state- of-the-art when it comes to all of these things.

“And they are still paper based. I was so surprised. I understand there is limited capital to invest, but I wish there was more understanding of the power of digitalization to compliment the new capabilities that the equipment and facility provide.”

Do most drug sponsors today share those feelings? Do they expect everything to be digitized, ready for data collection, mining and easy access –like most everything else in their work and private lives?

“The irony is they don't know any better,” says Ford. “They just accept the way things are.”

“Some start-ups – as small as four physicians, a professor and a finance guy – come together as a team,” he explains. “At some point they realize they actually need to manufacture to do some tox studies.

“They start asking around, ‘Who does this stuff?’ They don’t know about these specific elements to outsourcing. They certainly don’t know much about manufacturing, so they don’t know what they're missing out on.”

Unfortunately, they find out too late should their program reach a level of success.

Digital records, project tracking, data mining and aggregation, all feeding a project as it proceeds and new decisions must be made, and as new partners are brought in and discussions with regulatory bodies increase – aren’t alien concepts. In any industry.

These should be standard modes of operation.

As mentioned above, implementable software packages are on the market and more tailored to our drug development and manufacturing industry than they may have been in the past.

Yes, challenges still need to be overcome. Back in my days at a CDMO, we raised questions regarding whose software and standards we should use: Implement our own digital systems across the enterprise to serve all customers? What about when customers want to use their divergent digital platforms? Can we perform to all those different protocols?

The problem is these challenges should have been thought out and met head on long ago.

How much time and money have been wasted already?

Certainly, some readers have examples of excellent digital platforms with some CDMOs. But that those still appear to be the exceptions and not the rule keeps our industry on the wrong side of the digital divide.

Stand Shoulder-To-Shoulder With Your CDMO