The Biotech Path To An Outsourcing Eden 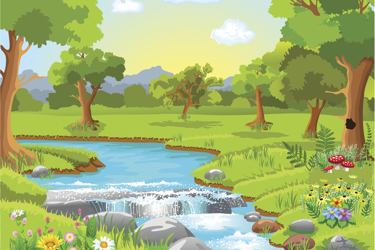 Impassioned responses greeted our questioning of what it means to be a virtual biotech.

The discourse started with the editorial, You Are Not A “Virtual Biopharma”, and the OP-Live event, You're A Virtual Biotech? Think Again.

Both those pointed out innovators (that’s you, readers) don’t utilize CDMOs to the optimal extent suggested by an “all-outsourced model.”

You don’t most particularly because of your hiring internal resources to “mirror” those at your CDMO as programs advance.

Now, Outsourced Pharma Board member Jana Spes thinks we can push the envelope even further.

“You received many comments on this topic,” she says. “Often these get dominated with the naysayers. Whereas I think the topic is much bigger yet.”

Those less-sanguine folks she refers to believe we are traversing an outsourcing bridge too far, and advocating for overreliance on external partners.

But Spes insists “this is where the market can and should go.”

“At the least, you want to stop duplicating efforts, and fully utilize the outsourcing model.”

“To get there, you need to start with the end in mind.”

Innovators Must Step Up

Spes, who has established a consulting group after a career working at industry names such as Pfizer, J&J, Boston Biomedical and Ironwood, explains what she’s found at emerging biopharma organizations she’s studied over the years.

“From my perspective, the only way I can describe it is innovation in biopharmaceutical development brings chaos to CMC development,” she says. “Not in all small companies, but many.”

“They do not prepare initial roadmaps that include such items as formulation development, analytical development, drug-delivery technology and associated manufacturing processes direction, desired packaging or device investigations.”

She adds: “CDMOs, in their defense, cannot work effectively or plan on a longer term basis without daily sponsor interjection, if they don’t receive clearer strategy and planning to get them started down the path to more optimal outcomes.”

In other words, CDMOs can’t get you to a better future if you don’t plan for it.

The crux of the matter is not, as some skeptics have suggested, “handing off responsibility and oversight.”

Instead, it is the enabling of the taking on of more responsibility at external partners by presenting them enhanced tech transfer and data packages, and more foresight in planning.

“Unfortunately, due to lack of funding, or an all-encompassing focus on getting to the clinic first, this area gets low priority.

“Emerging innovator companies need to get better organized up front if they want to benefit from outsourcing, and not end up getting slowed down, hiring a large number of  people, and still not getting the best from their CDMOs.”

One of her suggestions:

“Hire fewer people, but those with deeper and more experience.”

From the onset, she says, those resources should approach development and technology needs with this ultimate outsourcing “nirvana” in mind.

But when success strikes – achieving proof of concept – both CDMO and sponsors realize what they need to move forward is “at worst non-existent, or best, poorly documented instructions and data.”

At which point internal resources start digging into folders for additional formation that probably is not there anyways. Or, more likely, biopharma now take up more time, and pay for additional studies to generate that bridging knowledge and close those data gaps.

Instead, says Spes, if from the beginning of a program you determine, for example, ‘My full CMC development should cost $5 million,’ that may allow for a fuller tech transfer package from the start.

Whatever that dollar number, she says, you should proactively budget for “strategic use of CDMOs as development moves through clinical gates.”

This allows for the creation of that fuller tech-transfer and data package, better controls overall project costs, and again, maximizes your utilization of CDMOs.

“Upfront investment and early commitment to CMC development should be considered a strategic aspect for overall success” is how Spes describes it.

This all facilitates the CDMOs – with much less further work needed internally at the innovator –to “start off with a vision on delivering phase-three-ready material.”

That’s the bridge to on outsourcing Eden. Hopefully, more companies see the light.

CDMOs Must Step Up

The skeptical readers will be thinking:

But are the CDMOs ready for this?

Today, while impressive changes have and are being implemented at service providers, their departments (or sites) at still appear primarily set up as separate entities (call them silos, if you like), demarcating specific expertise (albeit supported by more centralized technical services).

However, as per the above discussion, those structural hurdles may actually be in response to emerging biopharma’s own lack of structure, trust, or early imagination of what success should look like.

Work is still approached in narrowly defined projects – as defined by the biopharma customer.

What the CDMO fundamentally contributes is specific knowhow for running processes and its own instrumentation and equipment.

So how do we get from that to a more holistic approach, and “virtual” relationship?

We go back the beginning:

The outsourcing baseline for a biopharma is envisioning success and putting together a well-defined package for the CDMO to get started and enabled to work independently and holistically throughout the product life cycle.

As much as anything else, believes Spes, CDMOs need that more complete knowledge of background studies; past experiences (to the extent they exist); more insight into materials and sourcing; the innovator’s vision for next steps; and overall strategy and timelines, all in order to even decide to arrange themselves accordingly.

“Today, I agree with those saying we are not structured for this more hands-off outsourcing – on either side,” says Spes.

And that’s why we need a bridge, and a vision of what’s on the other side.