You Are Not A "Virtual Biopharma" 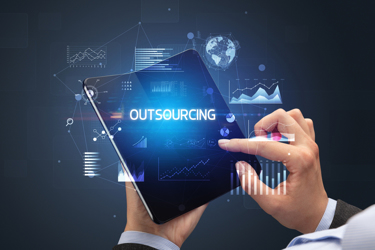 If you claim as much, and declare utilization of a “fully outsourced model,” you are headed for an identity crisis.

Robert Discordia thinks that would be beneficial.

Few have thought more about how those two components – virtual and outsourcing – should interact at the purest level of intent and opportunity.

“The innovation is the model,” declares Discordia, “and dependent on how you put it into action.”

Discordia, former long-time BMS executive and recent COO of Corbus Pharmaceuticals, is now founding his own biopharma, AvanzaRx Pharmaceuticals, which he says, will create a more perfect union of virtual biopharma and outsourcing

He’s convinced today’s “virtual biotechs” do not in fact operate as such.

Why? The outsourcing function is misunderstood and misaligned.

Assuredly, says Discordia, there is a spectrum when organizations proclaim (most loudly to investors) they are virtual biotechs.

Most start-ups take up the mantle simply because they maintain no or limited laboratories or facilities.

But in the evolution of the composition of these organizations, while by definition fully dependent on CROs and CDMOs, they inevitably start to take on internal human resources to overlap or duplicate the very roles they are paying for at those service providers.

Executives and employees at virtual companies proudly proclaim they all wear many hats, and they certainly are far leaner than the drug developing organizations of the past.

However, in short order, it’s common to witness these organizations growing to 25, then 100 or 200 employees as programs and pipelines progress.

Is this an efficient operation of the business model? Discordia thinks not.

He says a “pure-play virtual company” is one that only internalizes roles directly impacting how a company differentiates itself, or roles that directly add value.

For example, “a visionary Head of Biology would be a valid internal role, but hiring a biologist to oversee the biology being done at your CRO would not be.”

Counter to what is commonly recommended by a wide swath of industry professionals (including within these pages of Outsourced Pharma), Discordia says the true virtual organization does not hire “duplicate resources” to internally “mirror” or manage external assets.

Unfortunately today, when a research program is ready to move to development/manufacture, then CMC, regulatory, quality, and project management professionals begin to proliferate at the sponsor.

Better, thinks Discordia, is for the virtual company to more abundantly and continually share its vision with external partners, enunciate the mission, goals and objectives, and empower them to do what they are being hired to do.

“Of course, the drug sponsor monitors and adjusts as they go along,” comments Discordia.

This is not an abdication of responsibility or duty, he stresses, “but there is no need to create a duplicate set of individuals internally to marry up with the people or service you are hiring externally.”

“When I consider the finances of a true virtual company,” Discordia says, getting to a subject always on his mind, “ideally, somewhere in the range of 90% of its capital would be going to variabilized costs.”

Variabilization is this very process of passing on (internal) fixed costs to (outsourced) variable expenses.

“As a goal,” explains Discordia, “as much as 90% of the capital you can allocate for operational expenditures should be going towards directly advancing the value of the company. You don't want any of that spent on salaries for duplicate employees, their computers and office space, brick and mortar, all this other stuff.”

All this stuff has a name: leakage.

One form of leakage from the virtual model is what occurs when organizations start hiring internally, “mostly because they don't ‘trust’ the CRO or CDMO to do what they're supposed to do.”

“The true virtual biotech’s utilization of capital would comprise a very low fixed-cost component – your salaries and items absolutely necessary to operate. That's a recurring expense you allow yourself."

“All the rest of your capital should be expenditure you can stop at any time, for example, should unfortunately a program hit a dead end. And that capital can quickly be reallocated.

“But if you have a crew of 125, it takes time and focus to off-board, say, half your organization when encountering a setback. Not only does momentum stall, downsizing is not without additional costs.

“These costs and challenges can destroy companies based on operating in a nimble and entrepreneurial way.”

Which circles us back to trust.

When putting together a “virtual company” plan, you must carefully perform due diligence and select your strategic partnerships. Discordia says relationships should feel like “exclusive arrangements viewed as the extension of your own trusted workforce.”

That is, as you would trust your internal employee to do that work, so do you trust the external resource – “it's just a red badge / blue badge” difference.

So … do you, dear reader, outsource the truly virtual way?

Quite a number of your CDMOs don’t think so.

From them emanates the collective lament they are rarely given the ability to maximize their role.

“If there’s a secret sauce here,” says Discordia, “it's understanding this dynamic and learning how to fix it.”

He offers these balancing comments to help.

“No biopharma professional is going to agree to just turn everything over to an external group of companies.

“And no one ever should.”

“The challenge is these professionals –outstanding in their own right – don’t know where or perhaps how to draw the line between partner autonomy, and sufficient, strategic oversight.

“And so sponsors enter rather dysfunctional, often transactional and non-strategic partnerships.

“They still withhold information, and undertake decisions that leak value from what a virtual biopharma should be.

“I think there is a true 'sweet spot' for this. I haven’t seen it actually attained anywhere.”

Now he’s making the attempt himself. We’ll follow up soon.