Stand Shoulder-To-Shoulder With Your CDMO 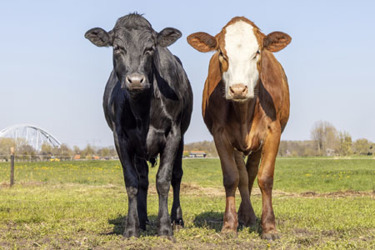 “I love the Shire outsourcing model, although of course Shire's gone now,” says Ken Ford, who worked at the drugmaker for six years, including the first few months post-acquisition by Takeda in 2019.

Today, Ford leads his own consultancy, and teaches others how to optimize their drug development and manufacturing outsourcing. His clients may differ in size, resources, and other attributes, but he keeps the outsourcing model he cut his teeth on foremost in mind.

“I'm biased perhaps, but I know they got it right. I've seen many others make mistakes,” says Ford.

One thing Shire got right was to “recognize you can't simply count on the technical capabilities within the CDMOs.”

As CDMOs scale up their operations, increase capabilities, and adjust to new business models, they start to hire many more people, many of whom are “very smart, but also coming in at younger and younger ages, and less experienced.”

“Shire recognized that immediately. They decided they were going to take advantage of the growing optionality at CDMOs and those growing numbers of workers, but they were not going to rely on them,” recalls Ford.

Shire hired their own, experienced professionals to not only lead these outsourced projects, but also dive into the technical details where necessary, and fill in any knowledge gaps that might exist at the CDMOs.

Introducing the CDMOs to this involved and experienced leadership at Shire was one of Ford’s first substantial roles.

“I didn't know any better,” he says. “I thought this was the way everybody outsourced.” He learned otherwise when the CDMOs registered surprise, and often reluctance.

Ford started out explaining to the CDMOs that for the first months of their relationship, the CDMOs were going to think the requests his team made, and their level of involvement, was “ridiculous.”

“I want you to know I'm not doing this because I don't trust you – we are building trust,” is how Ford phrased it for perplexed suppliers. “It’s because we want to understand and help, and be involved so we can in fact be great partners on our end.”

He assured the CDMOs that after six months or so, the two sides would meet to review the relationship and confirm whether it was working out or not.

I ask Ford what transpired after those initial months.

“It was amazing across the board,” he answers. “They said, ‘At first, you guys were the biggest pain in the neck we'd ever had. It felt like you demanded a lot. You always wanted to be here.’”

“But then they thanked me for explaining upfront what was to unfold, and told me we were the best partner they ever had.”

The CDMOs turned so positive, says Ford, because the Shire team understood exactly what was going on at the CDMO, offered valuable advice that helped improve their overall operations.

An example he mentions was the starting-up procedures for a certain filling line at a CDMO.

Many readers will have experienced that while a CDMO transfers in a project and, as Ford puts it, “dials in your fill volume and operations,” there is an  amount of material waste that occurs.

Ford and team took “a statistical, mathematical approach to that problem,” which differed from how this CDMO had operated previously.

The CDMO balked at first; they were not going to insert specific protocols for one customer, change their SOPs, etc.

“We listened patiently, and then ran through the numbers with them before deciding one way or the other,” recalls Ford. After the discussion, the CDMO came back and asked Shire to pay for the development work the changes would require.

“Numbers don't lie, and dollars don't lie. There ended up being something like 50% less waste compared to how they normally performed.”

Subsequently, says Ford, the CDMO asked Shire if this fell under the IP provisions in the supply contract, because they wanted to implement these changes throughout their whole company.

“In that same spirit of partnership we said, ‘You keep the relationship with us the way it is, and we're happy to give this to you. We're not going to worry about IP. We just want our products produced in the most efficient way possible.’”

After Half A Year

He’d mentioned the six-month stretch upon which there was a review on how to further proceed. If the CDMO was performing well, and that trust component was more securely in place, did Ford and team back off a bit?

“Not really,” he says with a laugh. “And that’s part of the yin-and-yang of everything in life.”

From the outset, says Ford, we were prepared to spend the resources and time to stay involved with the CDMO throughout, “because inevitably the CDMO began counting on our technical expertise to help them.”

Moreover, he says, “as we explore the introduction of new projects, the CDMO comes to expect the same level of commitment and partnership.”

Nonetheless, Ford does say there were “well-trodden areas” where Shire could “back off a bit.”

“After literally standing shoulder-to-shoulder, when we were later in production – and unless the CDMO needed support or had questions,” Ford says he did let up on the day-to-day involvement.

But having said that, he adds: “You take that same time and resources, and now you can invest them at the CDMO in new ways, for example working on continuous improvement, and introducing new projects.”

“A moment ago, I said we started by standing shoulder-to-shoulder,” Ford concludes. “I phrased that purposely.”

“I’m very careful about that distinction when I talk to our external partners. ‘I’m there beside you. I am not there looking over your shoulder to tell you what to do and how to read your SOP. We’re here to add value, and gain your trust in us as your customer.’”

Parts 1 and 2 of Chief Editor Louis Garguilo's discussion with Ken Ford are here: