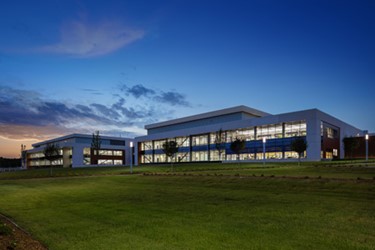 Parcel to the success of Shire’s state-of-the-art plasma manufacturing facility outside of Atlanta – and a behind-the-scene contributor to the recent news regarding the first FDA-approval there – is a second state-of-the-art facility, located across the street.

That facility is a training center.

Officially known as the Georgia Bioscience Training Center, it was constructed and now operated by Quick Start, the state of Georgia’s workforce training organization. The center’s conception helped seal the original site-location decision for the plasma facility some six years ago

As unemployment in the U.S. descends to historic levels of around 4%, and the recruitment of engineers and others with specific skills – in this case, for the production of plasma-derived therapies for immune-deficiencies medications – becomes increasingly competitive, how well our biopharma companies train their employees directly correlates with how well they perform.

Actually, for CDMOs as well as drug sponsors, whether they can even find employees to train in the U.S. is a debate we’ve documented in Outsourced Pharma editorials like this. 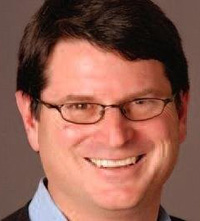 Matt Walker, EVP of Technical Operations at Shire knows as much as anyone about the needs, and why this specific training facility is so important to Shire’s operations in Covington, Georgia, and beyond. He mentioned the Training Center in our first article (The “Build Strategy” Behind Shire’s Plasma Manufacturing Center), and thus we decided to take it up in more detail here.

If You Build, We Will Train

The Training Center itself opened to some fanfare in September of 2015, in parallel with Shire’s state-of-the-art, large-scale plasma facility in Covington.

Attending that opening were Baxalta (Shire subsequently acquired Baxalta) EVP of Immunology, Jacobi Leonardi. It’s recorded that his first reaction when visiting the new facility was simply, “Wow.” Georgia governor Nathan Deal, and Georgia Department of Economic Development Commissioner Chris Carr were among others on hand.

“We’ve used the center extensively. Many of our manufacturing employees have gone through some training there,” says Walker. “The state of Georgia has done a nice job of thinking through how a training facility would help the vision of Shire, but also of other companies with long-term interests in building within the biopharmaceutical park.”

Shire worked closely with Quick Start to develop a tailor-made curriculum for hands-on training. There is small-scale equipment that closely mimics what Shire employees will find in their facility across the street.

Shire trainees can perform simple tasks such as gowning or transfer-panel operations. There’s a separate area for maintenance workers to learn specialized skills, and for example, a centrifuge to practice assembling and disassembling. “It’s almost a mini-facility, including a filling line and other items specific to our plasma operations,” says Walker.

In addition to technical training, Shire leverages some of Quick Start’s professional development training, including courses in Microsoft Excel, interpersonal communication, and even living out a company’s vision and culture.

Quick Start also facilitates pre-employment assessments, where prospective hires in manufacturing and the quality control laboratory go through customized hands-on tasks prior to interviewing for a position.

“Obviously,” Walker says, “training isn’t a one-time thing for us in the biopharmaceutical industry. We continue to work with the center on the curriculum and other needs. It’s a nice partnership between the state of Georgia and Shire.”

Who To Train And Where To Find Them?

Perhaps to many in our industry, about an hour east of Atlanta wouldn’t be top-of-mind as a location that could adequately support the estimated 1,000 skilled biopharma employees Shire needs to maintain sustainable production operations. But now the company is scaling up output and bringing more of those employees on board.

“In terms of the numbers, we have 900 folks today,” says Walker. “It’s a mixture of some contract resources, as well as the majority of our internal colleagues. There are some activities for which we outsource and leverage local, national or global resources.”

Where do employees come from? “Thinking about Atlanta, there are great universities,” Walker says, and then adds: “But I’m not going to get into the rivalry between the University of Georgia versus Georgia Tech.”

He continues: “But there are in fact great universities to draw from, from an engineering perspective, science degrees, engineering degrees, and others. This is important, because we run the typical biopharmaceutical gamut from warehousing through highly specialized technical services.”

Specifically because the Covington area is not a saturated biopharma cluster, the location makes Shire a top destination for area recruits. Walker says Shire has drawn from a “nice balance” of industry professionals, advanced degree graduates to associate degree levels, and also high school recruits.

“We’ve got the whole array of roles and responsibilities at the site, and we’re building up that ecosystem now,” he adds. “We expect to be in this community for many decades to come. Working with the local communities and the major universities, we’re now setting up those opportunities that will continue to draw folks.”

Already, the Covington facility has attracted employees from the West Coast, Research Triangle, and the Northeast.

But longer term, insists Walker, the real desire is to draw on the local talent. “That’s the intent as we continue to ramp up the facility to over 1000 people, and then hopefully beyond when the time is right.” The Training Center, then, should continue to grow right alongside Shire (and the other companies the center serves).

Shire is yet another example demonstrating that if a biopharma company is going to build in the U.S., the training infrastructure has to be in place both inside and outside the organization. Of course we already have examples of the growth of these ecosystems in other biopharma regions, with perhaps Boston the prime example.

But most other biopharma can only hope the external training grounds will be as close as right across the street.