Are There Enough Biomanufacturing Workers In The U.S.? 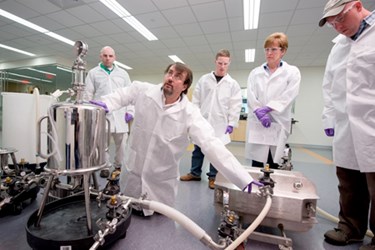 For an academician, Rashid is all business. At each point in our conversation he offers specific examples of the companies that have benefited from his courses and training: AdvantaPure, Biogen, GE, Genzyme, ImmunoGen, Intel, Lonza, Shire … and others.

He answered our question this way: “There should be.”

Don’t take that as a sign of equivocation. There are plenty of details to follow. First, though, let’s take a quick look at the professor and the growing role of academia in the industry.

The Other Polytechnic Institute

Worcester Polytechnic Institute – WPI – is the other polytechnic institute established in Massachusetts in 1865. Today MIT is the world-renowned cousin. Rashid was hired to boost WPI’s standing specifically in the realm of biotech. 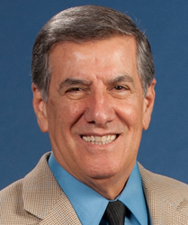 Rashid started spearheading biomanufacturing academic and training programs when he helped establish Penn State University’s biotechnology institute during the advent of the industry. “I got my PhD from Penn State in 1978. Many universities were looking to start biotech centers or institutes. With state help, our university funded a bioprocess resource center with a pilot plant facility for large-scale operations, and a focus on biomanufacturing. We were one of the first hands-on programs in the nation.”

Fifteen years later Rashid was lured to Utah State University to initiate a biomanufacturing training center there. Then in 2013 – 12 years after getting things running in Utah – he took his current position at WPI. “Massachusetts is a world leader in biomanufacturing R&D and innovation,” he says. “My goal is to help WPI better serve the needs of the industry here, and also grow in recognition beyond that.” To help achieve those goals, Rashid has a biotech-focused curriculum, and impressive bioprocessing equipment housed in modern labs.

Help In Chips And Degrees

Above Rashid says there should be an adequate source of workers for the U.S. biomanufacturing industry (including CMOs). It’s contingent upon providing students – and current or transitioning workers – with some additional training in the specific skillsets to make them more employable.

“Students often graduate without landing jobs but for a short bit of further training,” says Rashid. For example, he says too often the industry has to hire engineering graduates without experience in growing E. coli in a shake flask, or biologists who don’t know how to optimize conditions in a bioreactor.

“The industry wants the knowhow for putting a bug into a bioreactor and optimizing conditions: knowledge for analyzing mammalian, microbial or plant systems, and understanding shear effects or the effects of hydrodynamic forces on a cell in a bioreactor. They want people who know the chemistry of the protein and how to purify it, and what's involved in the post-translational modifications in the mammalian cell that's not available in microbial cells,” explains Rashid.

Eric Langer, president and managing partner, BioPlan Associates, Inc., says a recent report from his company shows that currently the additional training graduating students and new employees need is received through costly and time-consuming internal training. Another unfortunate by-product of that arrangement is frequent “poaching” of one company by another. The report says that cycle can be broken by stronger relationships between employers and universities.

“When a Biogen or Genzyme brings someone new into biomanufacturing,” explains Rashid, “they train them in-house in what is commonly known as ‘door-to-floor.’" Unfortunately, the industry may be standing in its own way. It might look to the semiconductor industry, with its analogous cleanrooms and need for science and engineering roles in a manufacturing setting, as a successful model.

I know from personal experience in state economic development roles that a preliminary component in establishing or expanding chip fabrication plants is the ability to obtain workers coming out of schools with the exact skillset matched to industry needs. The industry cares less about master’s degrees or PhDs. It has devised specific training certifications or associate degrees for engineers that can be taught adequately at the community college level as well as at higher education organizations.

A Triangle Of Training

A MassBio 2015 Industry Snapshot states that biomanufacturing jobs in that state over the past 10 years have grown by 28% to just under 10,000. There are an estimated 80 companies in Massachusetts alone that are mammalian cell based.

Rashid iterates that with more industry-academia relationships and training experience specific to the biomanufacturing industry, there will be enough talented students – interested in biotechnology and bioprocessing in universities around the U.S. – to fill many of those jobs. “The specific skillsets the industry wants to have taught need to be thought about more. That is what I’ve been doing over my career,” he says.

As mentioned above, biotechs and pharma train new employees once on-boarded. WPI works with companies to shorten that preliminary in-house training time.

In fact, Rashid says WPI currently plays its biggest role in providing training to employees already working at biotechs. For example, Biogen sends employees to the WPI training center during maintenance shutdowns. “Whether it’s upstream- or downstream-oriented, we develop week-long training for them,” says Rashid. “They send people two to three times a year for these tailor-made programs.” He adds that his team is working on similar arrangements with Genzyme and Shire.

Rashid cites an interesting example of training some of the 700 Intel employees that were recently laid off in Massachusetts. These are workers highly skilled in computers, IT and cleanroom technologies, and many are suited for automated and technical biomanufacturing plants. Working with the state of Massachusetts, WPI BETC set up a two-week program for some of these workers interested in entering the biomanufacturing industry. The first program finished in May. Rashid says he’s already received reports of several former Intel employees landing biomanufacturing positions.