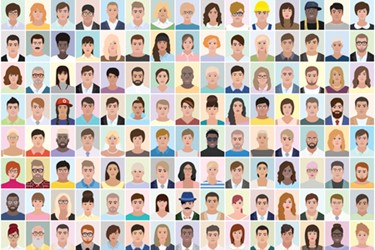 The last time I covered a CDMO waltzing on Wall Street was in 2014. It felt like a game-changer.

At the time, it was unusual for a CDMO (Catalent) to go public – certainly so publicly public: televised ringing of the NYSE bell, CEO interviews with CNBC and other news outlets.

The outsourcing industry was emerging from the pharmaceutical development and manufacturing background, something I’ve always advocated for (e.g., Biopharma Outsourcing Shall Be Revealed; Shedding Light On Outsourcing Shadows.)

Have we now taken a further leap of some sort? I suspected as much when reading the recently announced rebranding of Recro CDMO as: Societal CDMO

Was the name serving as a bellwether as CEO David Enloe rang the opening bell on NASDAQ for new ticker “SCTL”?

Was this our opening nod to the “woke” battle raging all around us?

Enloe took on these questions in a Zoom call between professionals (and friends).

Recro was publicly traded before this rebranding. The company originated in 2007 as a specialty pharma based in Malvern, Penn. In 2015, it acquired a contract facility outside of Atlanta, from Alkermes. “The mission of that facility was to generate cash to fund the Recro pipeline,” explains Enloe.

Over a number of years, the company’s board began to view the two entities as separate, with unlocked value on the manufacturing side. They decided on a split: Recro the pharma, and Recro CDMO. Otherwise, says Enloe, “It becomes a two-headed snake.”

“I dealt with this in gene therapy,” he says of an earlier experience. “We were making drugs. People started asking if we could make viral vectors. We ended up as two businesses before splitting them up, and selling the CDMO side to Lonza.”

In December 2020, Enloe left his position as CEO of Ajinomoto Bio-Pharma Services, a subsidiary of the Japanese conglomerate Ajinomoto, to become the CEO of Recro CDMO.

“I was interviewing with the Recro board from Japan during COVID,” recalls Enloe. “I felt strongly the company needed a complete refresh. It had 35 years of commercial manufacturing experience few had ever heard of. It needed to build a pure CDMO on top of that experience – opposite of how most CDMOs start.”

“In January of 2021, for the first time, employees of Recro CDMO woke up entirely focused on being an excellent CDMO for the sole purpose of becoming an even better CDMO the next day,” is how Enloe describes the metamorphosis.

“And now we’ve matched the new business with a new brand.”

Doubletake On The Name

I ask about that specifically: “To demonstrate this new focus, you rebrand to ‘Societal’?”

“About your doubletake on the name,” Enloe replies. “First, I have a passion for helping patients live longer, healthier lives. Historically, my perspective is that CDMOs have been placed off to the side, making drugs to hand to innovators who bask in the glory of knowing that they're helping other people. We were just the ‘v’ word – vendors.

“But I know the value of the CDMO employee. We work on Alzheimer's on Monday, ovarian cancer on Tuesday, migraine headaches on Wednesday. And the current generation of worker we're attracting wants to impact other people.

“We worked with a branding-strategy firm, and walked through the idea of all the good we could do and be as a CDMO. Yes, the name at first sounded a bit audacious. ‘Are we big enough? Do we actually deserve that name? Are we reaching out over our skis?’

“On the other hand, I'm a chronic migraine sufferer who now gets to stab myself once a month in the leg with a monoclonal antibody. I've knocked migraine headaches from one or two a week to one or two every few months. I would say that medicine has helped society.

“The Ritalin we make helps children who have a hard time focusing in the school systems. Verapamil, the hypertension drug we've made for decades, has helped people live longer and more fulfilling lives. Those things are additive to the society we live in.

“We have finally evolved to the point where we are putting words around a lot of the things we were doing the right way all along.”

What Else Are You Saying?

To me (not Enloe), the new generations of workers demand companies have allegiances to a hodgepodge of value judgements. What are these “values” our businesses sign up for in order to sign up new hires?

“Great point,” Enloe says. “That’s why we took the time to clearly redefine our vision.”

“We completed a redefining of our company values, which we call “Being Societal.” They are about being customer obsessed, always accountable, embracing change, being inclusive, building trust, and valuing teamwork.”

“We want to build an enterprise to help our clients make the best decisions for patients. We want to be true to our word, and do it in a way that every employee we have, regardless of where they came from or who they are, can have the most fulfilling career they want.”

“But you are right,” he adds, “You can also go too far in some cases, and now you offend the other side of an issue or cause. But honestly, I haven't seen that.”

“Some people have a lifestyle of X, others Z,” replies Enloe, “but the fact is we can collectively come together and make really good drugs for people.”

“And by the way, some people do not belong in our organization. They're just not going to fit.”

Why don't they fit?

“Because they've demonstrated an intolerance to those who look at the world through any lens other than their own.”

My response: “Nowadays, unfortunately, isn’t that a description of the growing number of “woke” groups? It’s more than acceptance; it’s a demanding you subscribe to their cause or values.”

“There's a line to draw, and yes, we have to check it,” Enloe replies. “Every angle on this kaleidoscope of choices can be taken too far. Once that starts to happen, we’d stop paying attention to the patients.”

Enloe says he won’t let that happen. No CDMO should.