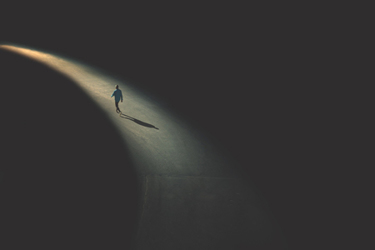 With the author’s permission, I’ll bring Outsourced Pharma readers a key learning or two from the report, but first that telling reminder:

“GlobalData estimates that only 10–20% of CSAs are reported publicly.”

Which, conversely, suggests we’re much more in the dark than the light, and supply-chain intrigue remains an abiding aspect of outsourcing.

And thus we assign a high-value proposition to the data we can accumulate.

One At A Time

To this industry-watcher, an interesting finding within this analysis lies here:

“Despite prevailing industry wisdom that CMOs are becoming ‘one-stop shops’ for product manufacture, the majority of contract service agreements in our analysis involved one drug and one service.”

While CSAs can certainly cover a whole range of services, 430 of 436 included only one service per agreement.

For those 36 CSAs indicating multiple services, those services “tended to involve manufacture of both the API and dose.”

Also according to the report: “Where a CSA involved multiple drugs, this tended to be for pipeline product candidates being developed by a single sponsor company.”

“The one-stop shop approach does not seem to be commonplace in these 2018–2020 CSAs. For CSAs involving multiple services (such as API and dose manufacture), most are accounted for by the most lucrative CMOs.”

By “most lucrative,” the report singles out those larger, brand-name CDMOs that offer sponsor companies “a single outsourcing relationship to manage, a reliable pair of hands, and cost synergies dealing with all stages and types of manufacturing associated with a product.”

At Outsourced Pharma, we’ve maintained a discerning eye on the “one-stop-shop” concept and development.

As one CEO of a service provided said to me recently, most CDMOs are offering biotech and pharma customers a wider variety of service offerings “as a natural business progression.”

But we’ve seen overt reactions suggesting a form of customer backlash to the idea one company can do everything at the highest level.

Although undoubtedly growing in practice, I think it best to state the verdict remains out on how much biotechs or pharma are actually willing to put of their development and manufacturing eggs in one CDMO basket.

Moreover, for those who are indulging in “full-service” relationships, it is somewhat difficult to assess the accrual of higher levels of productivity, and ultimate commercial success.

Yet despite our well-warranted skepticism of the bigger-is-better model, I believe like me Outsourced Pharma readers would have expected a much larger number of multiservice contracts in the GlobalData database.

If for no other reason than this: The bio/pharma-CDMO deals that do go public are mostly the multiservice type involving deeper “relationships” and “partnerships.”

There are areas where it seems as much light as shadow is spread over supply chains, and those involve large-molecule programs, and the (relatively) new cell and gene space.

The growing number of players in these spaces appear more inured to public promotion of relationships formed with service providers.

We can guess this more public-facing stance can accomplish a few objectives.

First, an addition of credibility to cutting-edge programs when naming an established service-provider as a development or supply-chain partner.

This might draw the attention of investors, and perhaps attract more talent to the biotech start-up, or even the Big Pharma with, for example, expanding cell and gene operations.

Another reason for a more public stance: the supply chains themselves.

They can run (rapidly, we might add) from patient to processing/manufacture and back to point-of-patient, requiring closer and more open partnerships with reputable external partners.

Then there’s the sheer economics of more personalized medicine and the like, which continue to require boosts of  public confidence they are in fact viable financial models of business operations.

What the GlobalData report tells us for certain is this:

“API chemical and API biologic (protein and peptide) manufacturing surprisingly have a similar number of CSAs. As small molecule drugs are the most well-established and heavily marketed drugs, it could be expected that the number of CSAs would be far larger for API chemicals than the other API segments. The majority of marketed drugs (96%) are small molecule drugs, according to GlobalData’s Drugs database. Therefore, the number of CSAs in our sample may reflect a bias of public disclosure of a CSA by a sponsor, with manufacturing relationships for high-revenue-generating biologics more likely to be discussed than small molecule generics.” (italics are mine.)

“API biologics (cell, gene, vaccine, and virus therapies), otherwise known as ATMPs, form a small proportion of both marketed and pipeline drugs. Few sponsor companies or CMOs have the capabilities or expertise to produce these medicines, and yet the segment has half the number of reported CSAs as the API segments for chemical and traditional biologic products (protein and peptides). As newer forms of therapy with the perception of high revenue-generating potential, cell and gene therapies elicit a lot of attention in the pharma industry and there is a greater motivation for sponsors to publicly disclose their clinical trials or manufacturing arrangements.” (italics mine again.)

And so, perhaps more light shall fall in our future, more easily revealing how and with whom biotech and pharma contract for their outsourcing services.

Let’s hope it shines onto the small molecule space as well.