Biopharma Outsourcing Shall Be Revealed 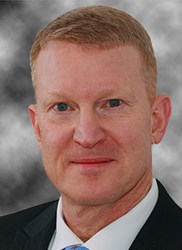 Pharmaceutical and biotechnology (biopharma) outsourcing is an unknown quantity to the global healthcare consumer. This will change and the biopharma industry ought to get in front of it.

On the horizon is a broadening public awareness of the large and intensifying role outsourcing plays in the discovery, development and manufacture of generic and innovative drugs. Whether this awareness comes with a negative bias—such as in media reporting on quality issues at global generics manufacturers or pharmaceutical job cuts made possible in part by outsourcing—or more positively through an understanding of the value created for the consumer by sponsor-provider relationships, is in the balance.

Some outsourcing service providers have already become more visible, showing up on the NYSE and CNBC to talk about their IPOs, and joining conferences like Outsourced Pharma West to talk openly about their place in the industry.

Words such as biosimilars and immunotherapy have entered the more common lexicon as the global healthcare consumer continues to proliferate and self-educate.

FDA made international, mainstream news when it turned its attention to drug development and manufacturing in Asia. National governments are publically tying hundreds of thousands of job cuts in U.S.- and Europe-based pharmaceutical companies in part to an increase in outsourcing. An East vs. West global calculus plays publically on the biopharma outsourcing field.

As mentioned previously, the fact that a common medicine marketed by a brand-name pharma most likely has been in the hands of various unnamed companies before it lands on the drugstore shelf is of increasing interest—and concern.

All this builds the case for an organically growing awareness of biopharma outsourcing. However, particularly in the face of a global populace that is, fairly or unfairly, increasingly skeptical of biopharma pricing and healthcare polemics (Obamacare being the behemoth), there is the need to actively participate in the messaging to better ensure a positive reception.

Public relations professionals know if you allow a communications vacuum to form, it eventually gets filled with divergent information and analysis. It’s time for biopharma and providers to coordinate communications that unveils outsourcing in a positive light, and starts to influence if not lead the narrative.

I’m not referring here to promotion by industry organizations, although that would help, but more to efforts by individual companies to reach out to consumers during the natural flow of business.

For example, consider the recent Sanofi and Evotec announcement regarding “a multi-component strategic alliance over the next five years.” The Wall Street Journal saw this newsworthy enough to editorialize: “The proposed agreement highlights Sanofi’s determination to push ahead with its restructuring plans in France, despite strong resistance from trade unions and the French government.”

While this socio-political narrative might be fair, it should not be allowed to overtake the news event about a sponsor-provider strategic relationship. Sanofi and Evotec issued press releases that included justification for the deal in terms of scientific opportunity and financial benefits. However, neither spoke directly to why this collaboration benefits consumers who depend on medicines from Sanofi specifically and the discovery of new and affordable drugs overall. Effectively aiming analysis at healthcare consumers and patients should become part of standard communications strategy.

Biopharma already uses all available communication tools. These include social media outlets for patient and consumer groups, individually branded micro-sites for brands, and educating consumers directly about drugs via television and other advertising. It should be able to find ways to convey the positive role played by its business partners (aka service providers). Consider: If a pharmaceutical company is not outsourcing to bolster pipeline success and product supply on behalf of patients and consumers, access the newest science and technologies, reduce product costs and raise patient safety, then why is it outsourcing? Don’t let somebody else answer that with an alternative narrative.

Biopharma service providers should be brought under the large tent of consumer healthcare and even healthcare policy, and out from the shadows of pharmaceutical R&D and manufacturing.

For example, I’ve just returned from the FDA/CMS Summit For Biotech Executives in Washington, DC. Over a day and a half, despite wide-ranging debates and discussions on drug pricing and quality; policy, regulations and funding; innovation; and including an open address by Janet Woodcock, director of CDER (Center for Drug Evaluation and Research), there was no mention of the role of biopharma outsourcing. It was a missed opportunity.

Nothing here rises to biblical proportions for the biopharma industry, but to paraphrase that book: The time is coming when everything covered will be revealed. The public relations bible, if you will, says it’s wise to get out in front of the revelation. The biopharma outsourcing industry is a source of good for global healthcare and should be promoted as such.