Common Drugs Now Made In America! 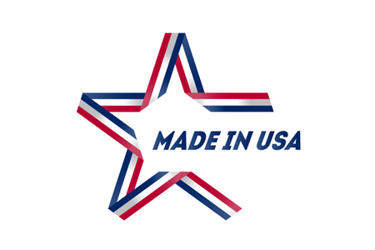 And so it begins, in a typical flash hurled by – Who else? – our hyrdoxycloriquine President, Donald Trump.

Messages began pouring into Outsourced Pharma as soon as the news broke.

A U.S.-based, “public-benefit” drug-manufacturing corporation known as Phlow could receive up to $812 million in total federal-government funding for “advanced manufacturing of America's most essential medicines at risk of shortage, including medicines for the COVID-19 pandemic response.”

One reader messaged me regarding this action to help bring back common-drug manufacturing to the U.S., and relieve supply-chain dependency on China specifically:

“Do you think the news is more politics? Could this actually come to anything substantial?”

“I believe for Trump and his dour band of trade-team members, this is not political,” I replied. “This is personal; near missionary. It’s for real.”

Rosemary Gibson, author of China Rx, and a tireless leader for national drug-supply independence, said it more succinctly via Twitter: “Yes!” she tweeted.

Regarding that independence, thoughts quickly turned to my own recent call to action, Sign The “50 By 25” Declaration Of Drug Independence.

Readers’ responses to that led to follow-on editorials, with folks like Robert Discordia, COO of Corbus Pharmaceuticals (see: The Raw Materials Of A Supply-Chain Revolution).

Spurred further down memory lane, I recalled the 2014 editorial, Biopharma Outsourcing Shall Be Revealed, which prophesized our quiet corner of commerce would be front-page news someday.

Phlow, an interesting story in itself but for another time, is working with “strategic partners” Civica Rx, Virginia Commonwealth University's Medicines for All Institute, and AMPAC Fine Chemicals.

The morning news broke of this U.S. government investment in domestic production, I was on the phone with Stephen Goldner. He’s the original developer of the liquid-dose form of methadone to treat drug addiction around the world.

Goldner, an FDA advisor involved in the approval of over 200 drugs and medical devices, also developed a patient clinical-trial enrollment platform, and currently is CEO of biotech Pure Green Pharmaceuticals. 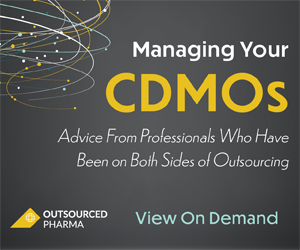 Unaware of the Phlow development, but in fact discussing outsourcing and domestic production of more drugs – including generics – here’s what he told me:

“We could build a high-quality generic-drug industry within the USA. Frankly, we had it all along. The truth of it is, for example, Pfizer knows how to make a couple million tablets per hour per process line, and could put out a generic product very nicely and profitably, anywhere on the planet.

“And instead of relying on a communist form of government in China, I'd much rather we did it in Albuquerque, New Mexico.”

While I’m not quite certain of Albuquerque – nor Pfizer per se – but common-drug production is coming to America.

Here is the full press release from Phlow.

For our purposes, I’ll point out and analyze two specifics.

First, we know, and congratulate, the partners. We know them because we’ve covered them – and documented their crusades – in these pages.

No company is more in the vanguard of bringing back to the U.S. the production of common generics and supplies used in hospitals than Civica Rx.

Perhaps most importantly, VanTrieste has effectively belied the orthodoxy that it‘s too expensive to manufacture common drugs in the U.S.

Regarding Virginia Commonwealth University's Medicines for All Institute, in February I introduced readers to its principal investigator, Frank Gupton (see: Six Degrees Of Frank Gupton (And Continuous Manufacturing).

In fact, we foreshadowed Gupton’s involvement in this new government-private initiative.

“In the course of an hour-long conversation,” I wrote, “he mentioned (off the record) the highest level of government officials who have contacted him …”

The third partner mentioned in the Pflow announcement is a CDMO: AMPAC Fine Chemicals.

Outsourced Pharma readers can take particular pleasure a U.S.-based contract development and manufacturing organization will play a key role in this movement to domestic production.

AMPAC, you might say, represents all the CDMOs you partner with and rely on to move your programs forward.

This is indeed the bright side of outsourcing.

Which brings us back to that morning’s conversation with Goldner.

We had left the subject of generics, and were specifically discussing the advantages our younger generation of biotech entrepreneurs have today: More than ever, they can rely on external development and manufacturing partners.

Those new leaders know when setting down business and operational blueprints, they can base much of those plans on the existence of skilled CDMOs.

“I've traveled the world as a consultant to dozens of drug companies, to ensure GMP, GCP, GLP standards were being followed in their worldwide production sites.

“Frankly, I’ve witnessed a USA-approach to honesty and integrity that is integral to this process, but not evenly represented in other parts of the world. You have to police it in.

“I don't know what to call it – a non-shared cultural commonality. That may sound terrible to some, but that's the truth of it from my perspective.

“I urge those starting up biotechs in the U.S. to pick the best and brightest partners they can, and who they can also culturally relate to for their business.

“There's so much trust that has to go into drug development and production. You can feel it in your bones when your CDMO and trading partners truly have your back, and share your vision.”

“When you factor in trying to do something with people halfway around the world, with the time and effort to organize that, and legitimize it in legally defined documents you can rely on, to travel and project manage … you discover you might just as well be working with somebody in New Jersey.”

And if it is in New Jersey or elsewhere in the U.S., our pharmacist President – and the rest of us – can be secure in knowing he’s getting medicines made in America.