Why Do We Outsource To China? 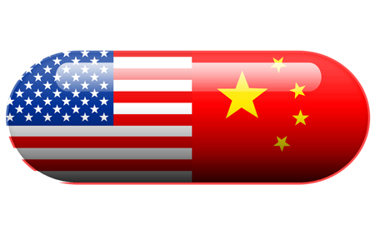 We do so because:

But we are also propelled there by circumstances created by political policy and societal fiat.

James Sapirstein, CEO of Florida-based First Wave BioPharma, a clinical-stage company specializing in the development of targeted, non-systemic therapies for gastrointestinal (GI) diseases, contracted with a CDMO in China for all his development and API needs. (see part one)

He won’t be bringing that work back to the U.S.

At least not until there’s a reversal of a confluence of decisions negatively impacting the ecosystem of drug development/manufacturing, commercial drug pricing, and the workforce in this country.

“What I’ve experienced, and in talking to my colleagues, is the higher levels of employees at CDMOs in the U.S. have remained relatively consistent,” Sapirstein says.

“But it’s those professionals on lower tiers in short supply. These include technical operations personnel who clean equipment around the clock through a 24-hour period; loading dock workers; lab analysts and technicians who do simple tasks such as loading blenders, spray dryers or scale mechanisms. Many are union workers who would rather take sick time or work from home, but can’t.”

Sapirstein – a pharmaceutical-industry executive whose career has included roles at Eli Lilly, Roche, BMS, and Gilead prior to taking the helm as CEO at First Wave – has never seen a worker shortage like this.

“We see people hesitant to take these jobs today – in all industries across the U.S. The statistics are alarming. There's far more jobs open in the United States, and plenty of people who could, won’t fill them.”

According to various labor reports, the U.S. today is “missing” 4.3 million workers who would have been expected back in the labor force post-pandemic. This when the U.S. Labor Department also reports there are some 10 million job openings.

“Why would U.S.-based CDMOs not be victimized by these same societal problems facing every other type of manufacturer?” asks Sapirstein.

Not alone in his analysis, Sapirstein believes as much as the pandemic itself, this “workerless” dynamic has been exacerbated by poor political decision-making and mostly wrong-way attitudinal shifts in our society regarding work.

“Honestly trying not to get political,” he says, “but [the Biden] administration putting out a bill for three-and-a-half-trillion dollars doesn't help our industry or anybody else’s.”

The Wall Street Journal reports a Goldman Sachs note for October says enhanced unemployment benefits in the U.S. have “likely contributed to the shortage.” Many executives like Sapirstein would not have included the modifier “likely.”

Attitudes playing out on a macro-societal level have contributed to the idea there’s little need to work much  … or to the utopian, ever.

The worker participation rate is stuck at the lowest levels since the 1970s, but this time despite robust economic growth and rising wages. And workers have continued to quit jobs in record rates.

“You've got people who should be looking for work waiting to see how they're going to get some of that money,” Sapirstein says. “Personally, as the CEO of a company, this type of thinking puts us in a bad position from a global competitive perspective.”

“The current government doesn't look at it that way; those of us running companies do. It’s not about republicans and democrats, but competing on the world stage. If we don't have our people working in our businesses, we can't be competitive. All of us running businesses see this.”

Therefore, he says, specifically regarding CDMOs, we can talk in terms of “capacity strains” in the U.S., but “it’s not just that they have a lot of work, they don't have enough workers.”

And so off to work in China for U.S.-based companies.

Too Hot To Stay?

I dare to bring up the topic of reshoring manufacturing to the U.S., which we’ve discussed at some length in the past at Outsourced Pharma. Does Sapirstein think it’s become an even harder sell?

“I've liked the idea of reshoring,” he replies. “I don't like outsourcing so much drug development and manufacturing to China.”

“I would love nothing more than to bring our manufacturing back to the United States, particularly when it comes to ensuring quality.

“We have a product in development now, adrulipase [targeting Exocrine Pancreatic Insufficiency (EPI) in patients with cystic fibrosis and chronic pancreatitis] – where we are absolutely using a domestic CDMO.”

Sapirstein says this partner possessed the knowhow for developing this particular drug-candidate. However, it required nine months to get onto the CDMO’s calendar, and he adds, “they're not cheap.”

He believes the government could be of help, instead of today’s hindrance, in bringing manufacturing jobs back to the United States.

First, our government needs to “stop pressuring our industry on pricing the way they do, and expand how many branded pharmaceuticals patients have access to, in terms of percentage of the market, instead of limiting new drugs.”

By “limiting,” Saperstein refers to the push to generics, predominately produced offshore and “lining the coffers of companies outside the U.S.” He cites statistics indicating today only 10% of drugs in the U.S. are branded.

This, too, Sapirstein says, ironically forces everyone – including CDMOs – to keep prices as high as possible, defeating the purpose of generics use in the first place.

“Look, do you think I want to go abroad, and have our product offshore for weeks, and hope it doesn’t get held up in customs when it gets here? I’d much rather have it in the United States, but the real options to that are not available today.”

Time to draw this to a close. We can sum up by saying today a variety of macro-societal attitudes, political posturing, and enacted economic policy not only throw heat on drug developers, but more and more also burn the CDMOs that companies like Sapirstein’s rely on.

And the temperature keeps rising. Just like the inflation we experience all around us. Yet another factor sending us to China, and one we’ll discuss in our final part.