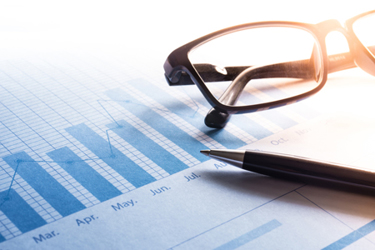 My discussion with James Sapirstein, President, CEO and Chairman, AzurRx BioPharma, and a biopharma professional whose career spans leadership roles at Eli Lilly, Roche, BMS and Gilead, was postponed. Material news needed to be reported before we could talk openly.

It was worth the wait.

We eventually settled into a conversation bulldozing through the political and social gyrations shaking the pharmaceutical industry, and specific factors such as worker compensation and shortages – all intricately interlaced with outsourcing and utilizing CDMOs.

When that news broke mid-September, AzurRx BioPharma was acquiring First Wave Bio, Inc., in a transaction valued at just shy of $230 million, and taking the acquired company’s name as the combined entity. Sapirstein was now leading the new company.

Here’s how this relatively simple announcement in a corner of our industry leads us to a multifaceted analysis of global drug development and manufacturing outsourcing.

Niclosamide is a well-known oral antihelminthic drug treating parasitic infections in millions of people worldwide. It’s listed as an essential medicine by the World Health Organization (WHO). In 1982, the FDA approved niclosamide for the treatment of intestinal tapeworm infections.

I start our conversation by asking Sapirstein if the relative ease of outsourcing for a well-known small-molecule program was considered in the decision to acquire First Wave. “Certainly to a degree,” he responded.

He points out he gets to keep the same drug development model (more on that in a moment), expand his pipeline, and particularly move the new First Wave into the IBD therapeutic space.

These programs are built on two proprietary technologies – the aforementioned niclosamide, and adrulipase, a recombinant lipase enzyme that First Wave is developing as a treatment for exocrine pancreatic insufficiency. EPI is a life-threatening digestive disorder in patients with cystic fibrosis and chronic pancreatitis.

“We’ve a portfolio of long-lasting patents protecting niclosamide’s use for COVID-19, GI infections, ICI-AC, and the IBDs,” says Sapirstein. “The next several years should be rich in milestones.”

And full of outsourcing, all of which today falls under 16 employees. “We'll continue our ‘virtual’ model because it's working well,” says Sapirstein.

“I have a CMC head and other experienced professionals, combined with key external consultants – some of whom had been CEOs of CDMOs.”

Among those internal resources and consultants, if challenges occur, Sapirstein feels he has “a reliable network of experts to help solve issues with our vendors, or lead us to the next CDMOs.”

But as we all know, no form of outsourcing comes without unforeseen challenges and risks.

First Wave is headquartered in Florida, and maintains a lab in France that came with the acquisition, now used predominately to assist when outsourcing in Europe.

Sapirstein volunteers First Wave recently signed on with Asymchem, a CDMO with facilities in two locations in China.

“They've done a magnificent job on our enzymes, and on improving our process and product development to help get our cost of goods down,” says Sapirstein.

All that work was moved from France to China.

“It was interesting to even qualify a new CDMO during COVID,” he says. “It all had to be done remotely, through cameras and video calls. Our CMC head still audits them virtually. Eventually, he's going to be able to get over to China and do a physical audit.”

During the due diligence stage, the candidate CDMO ran actual experiments on video for First Wave, “specifically scale ups and utilizing different V-mixers [powder/mixing equipment] to demonstrate their capabilities.”

Did Sapirstein look to China because of a lack of options at home in the U.S., or was that CDMO simply the best for what he needed?

“Combination of both,” he says without hesitation. “When you look at what was going on in Europe at the time, it was basically shut down. China was not.”

The U.S. was a much different calculus. “As we knew from experience with all our products, prices here were double and triple.” Meanwhile, the Chinese were not increasing price. “They were sticking to what they had promised.”

Sapirstein says he is not casting aspersions here.

“I think all of us who run businesses have experienced a main issue in the U.S. driving economics,” he says. “CDMOs here don't have enough workers. They can only take on so much.”

“If I were them, I’d do the same thing – contract the most profitable business I possibly could for the amount of workers I have.

“The U.S. service provider is not challenged with getting volume at this point. It's more of how to maximize profits. I don't disagree with that at all, but then they shouldn't get upset with some of us because we go outside the country. We have no choice.”

Larger CDMOs, he says, claim to have flexible pricing for smaller biotechs. But from his experience and discussion with “friends in all areas of the industry,” while the pitch is well-intentioned, difficult competitive-pricing challenges remain.

“I would rather work in the U.S. than outsource to distant shores. But these large CDMOs particularly have investors and stakeholders to report to as well. They’re in business, too. I'm not criticizing.”

He wasn’t. He saved his more critical analysis for the decisions and thinking driving the larger macroenvironment we find ourselves in. That’s next.