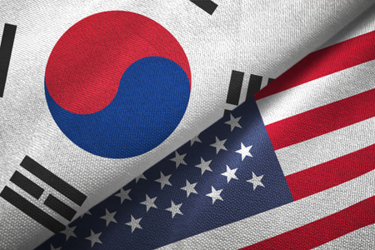 What’s a South Korean company doing with a CDMO on the campus of the New Jersey Institute of Technology (NJIT)?

The answer has some specific and more global implications for our drug development and manufacturing outsourcing industry.

I first reported on BioCentriq in 2020. It was one of the university-based CDMO startups we began noting at that time. Located on the NJIT campus, it was created/owned by the New Jersey Innovation Institute (NJII), an NJIT corporation.

Readers may recall I subsequently dubbed these as U-DMOs: university-based development and manufacturing organizations.

When I spoke in 2020 with Haro Hartounian, SVP & GM for BioCentriq, while the emerging organization was certainly open to serve customers from any location, they were New Jersey-centric: focused on NJIT student training, and serving the local cell-therapy start-up community.

Now comes word GC Corp.  (formerly known as Green Cross), a South Korean healthcare organization with CDMOs in its home country, has acquired BioCentriq for $73 million. While that dollar amount is less substantial than other M&A we’ve seen in the CDMO industry, it is a significant bellwether.

South Korea On The Move

There has been an emergence of South Korea as service provider to the world.

I don’t need to say too much more than “Samsung Biologics” to begin to prove the point, with that organization’s massive capacity – existing and coming on line.

Earlier this year, South Korea’s SK Inc. committed $350 million in equity financing to the Center for Breakthrough Medicines (a cell/gene CDMO) at The Discovery Labs in King of Prussia, Pennsylvania, as part of a partnership “to build a global end-to-end cell and gene therapy CDMO.”

List has been expanding into the US over the past 18 months, with majority investment in List Labs and Scioto Biosciences firms located in both California and Indiana. (List Labs claims to be the first CDMO to produce a live biotherapeutic product (LBP) for clinical trials.)

In fact, looking back to 2020 as I was reporting on BioCentriq’s entrance as a U-DMO in the U.S., South Korean CDMOs were already getting set for more significant growth via a national government investment in the industry, valued at US $1.7B.

The investment is ostensibly “to create an ecology of innovation to ensure small and medium-sized enterprises and start-ups can stand tall as the driving forces of the industry.”

So the South Korean CDMO industry has arrived. Let’s hope that pledge to continue to serve all cell-and-gene customers stands firm.

We can look to this BioCentriq deal for early clues.

“Our mission hasn’t changed,” replies Hartounian, just returned from a trip to South Korea, and still feeling jet lag. “It's all good for New Jersey.”

He says BioCentriq continues its relationship with NJIT, and continues to “organically train people within the university, hire some of them, and create opportunities for the overall workforce there.”

He reminds me BioCentriq was created not only to focus on economic development in New Jersey, but also to work with the global cell-therapy industry in addressing their challenges in manufacturing. Expansion, he says, was always in mind.

Now there’s the funding to do that. “We wanted to reach out to more companies, and expand our capabilities. A multi-billion-dollar company like GC creates that opportunity to become a major player in the CDMO business in cell-and-gene therapy,” says Hartounian.

I wonder why, though, the partner was found in South Korea, and not closer to home.

His answer: “GC was the best strategic fit. They have a track record in cell therapy, even have a cell-therapy product on the market in South Korea. Others reached out to us as well – mostly private equity – but they did not add that value.”

According to the press release announcing this deal, “NJII initially began exploring the sale of BioCentriq through a bid process involving more than 50 companies,” but Hartounian insists, “We never solicited anyone. Our performance spoke for itself.”

Of course of interest is the specific role GC will play in the day-to-day activities of BioCentriq.

As mentioned above, among other healthcare-related businesses, GC conducts its own new-drug development, and runs its own CDMOs in South Korea. So what synergies does both GC and BioCentriq expect from this deal?

Hartounian says along with the investment dollars, BioCentriq will benefit from some of the technologies and knowhow in cell therapy at GC; the acquirer gains an important foothold – and revenues – from a U.S.-based CDMO. Otherwise, Hartounian was careful to speak of a “firewall” protecting clients’ IP and projects.

Overall, Hartounian believes the deal itself conveys a “global awareness and confidence in the future of the cell-and-gene therapy market, and the fact that a small CDMO in the U.S. drew the interest of investors from all over the world is tremendous.”

This deal is also another data point indicating the overall CDMO consolidation and growth throughout our drug and therapy industry continues.

“There is so much consolidation in the CDMO business – big ones buying the small ones particularly,” Hartounian says. A main reason for this in the cell-and-gene space is the quest for capacity. “CDMOs are building capacity, because trends indicate capacity will remain an issue for at least two or three years down the road.”

Which brings us back to concerns from start-up drug developers that “right-sized” CDMOs are becoming far and few between, and smaller companies can get lost in the shuffle at larger partners.

In fact, one of the missions of all the U-DMOs we’ve covered in the past has been to fill that small-company need.

And Hartounian says while “big plans” to add capacity are in the cards for BioCentriq now they have the financial wherewithal to do so, “there will be no change in serving smaller customers.”

Only time will tell if that holds. In the meantime, add South Korea to the evolving CDMO market.