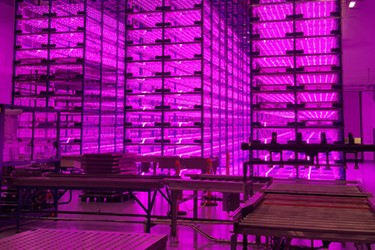 Biopharma and CDMOs are teaming up to develop and produce plant-made pharmaceuticals (PMP). The center of attention has leapt to cannabis, but a “tobacco road,” if you will, has led a disparate group of biopharma participants – and patients – to common destinations.

Those participants include a U.S.-based CDMO that originated from a former biopharma start-up, and leveraged some aggressive DARPA research and funding. They also include biopharma organizations in South Africa, China, and Brazil that are creating innovative generics and other medicines. And they ultimately include worldwide patients with diseases, such as AIDs and its coincident disease complications.

This narrative also revisits conversations regarding national security implications of drug supply chains dependent on China and others, and the overall worldwide struggle for creating and supplying vaccines – including antidotes for potentially manmade bioweapons.

While plants of all kinds have been used for human ailments for thousands of years, it wasn’t until more recently that advancements in technology and scientific knowhow converged to effectively turn plants into “biofactories," generating therapeutic proteins for use in the manufacture of commercial drugs and therapies.

According to the Biotechnology Innovation Organization (BIO), “PMP technology to develop therapeutic proteins is a safe, efficient and cost-effective alternative to traditional methods using microbial fermentation or animal cell cultures. Plant-made pharmaceuticals have the potential to provide patients with the benefits of greater and faster access to medicines.”

In an earlier editorial featuring the CEO of AzarGen Biotechnologies, Mauritz Venter, we documented how his South Africa-based biopharma teamed up with Holtz in Texas, where iBio’s facility in College Station specializes in growing large quantities of plants, including those in the nicotine family. These plants replace the need for costly, slow and difficult to handle CHO (Chinese hamster ovary) cells when developing and manufacturing new biotherapeutics.

The way in which that facility (originally, as we will see, owned and operated by Caliber Biotherapeutics) evolved into a CDMO offers Outsourced Pharma readers insight into just how interconnected our outsourcing industry has become.

We start this plant-for-plants story with a DARPA initiative. In 2010, the Defense Advanced Research Projects Agency approached Holtz, then President of G-CON, and his partners about a $100 million research project, called “Blue Angel,” to use plant-made pharmaceuticals as a tool to rapidly address pandemics – natural and potentially manmade.

“The agency was intrigued by the idea of self-contained, mobile clean-rooms that could rapidly be changed on the downstream side of biologics production for pandemic response,” explains Holtz. DARPA wanted to combine this capability with using plants as the upstream “bioreactors” because of the short time to go from gene to product.”

DARPA requested G-CON lead the development of a commercial-scale facility to demonstrate the feasibility of pandemic response at full scale. G-CON formed a new entity, Caliber Biotherapeutics, and entered into a formal Technology Investment Agreement (TIA) with DARPA.

“Caliber would contribute 33% to the project and DARPA 66%,” explains Holtz. The facility was completed in less than a year after ground breaking, “and met the ‘live fire’ challenge of producing 50 million doses of a vaccine antigen in 12 weeks after receiving the sequence.” Fifty million doses in 12 weeks could potentially stop a pandemic. The project was a success.

“We declared victory, and under the TIA agreement, ownership of the facility was given to Caliber with no strings attached,” explains Holtz. “We ran the business as a drug development company for seven years, at which time it was purchased by one of our development partners, iBio, Inc.”

The facility itself is impressive, commanding 130,000 square feet and standing five stories high. Today, at any one time it grows 2.2 million plants as upstream bioreactors, capable of producing hundreds of kilos of an antibody annually.

But back to those tobacco plants

Actually, the “efficient bioreactors that were selected,” says Holtz approvingly, “are in the nicotiana family – Nicotiana benthamiana officially – the same genus as tobacco, but a small ornamental plant grown hydroponically to about 10gm of biomass before it is transfected.”

“The technology is driven by the fact we can use a bacterial vector to put a new gene into the plant instantaneously by vacuum infiltration, and on a very large scale. The vector inserts DNA into the nucleus of the plant, and ‘hijacks’ plant protein synthesis to produce the new heterologous protein, and is harvested only seven days after transfection. Plant cells are complex eukaryotic cells with all of the protein synthesis machinery necessary to accurately produce mammalian cells. Most human proteins are not toxic to the plant.

“We don’t have scale up issues like CHO does. Believe me, I know because I was in the CHO business for many years in early biotech, when there were few equipment providers. You had to build things yourself.

“So we don’t have to scale to bigger reactors. Once we get it right in a 10-gram plant, we just grow more plants. We don’t have the issues of going from 100 to 1,000 to 10,000 liters of bioreactor space, and all of the variation that goes along with that. It’s a very stable platform that’s been around for nearly three decades.”

The Road Most Traveled

Those plants and that technology are now circling the globe.

Along with AzarGen in South Africa, today iBio CDMO works with organizations in locations like Brazil, and China, where iBio partners with CC Pharming, a newly formed biologics development company in Beijing.

As we saw in our first article, the iBio model is predicated on assisting clients in foreign countries to eventually build out their own facilities to manufacture in their home countries for local patients.

Of course in the case of China, one has to hope we don’t again somehow end up over-dependent on that country for this link in the supply chain, precisely because it involves vaccine and antidote manufacturing, as we’ve discussed previously. As it stands today, the focus of the partnership is to address unmet medical needs in China.

In summary, this narrative demonstrates effective U.S. government-private enterprise partnerships; biopharma and CDMOs working collaboratively and internationally on innovative products; and the full advancement of biopharma-CDMO business models the industry has long talked about.

And we can partly thank tobacco-like plants. Who would have thought?