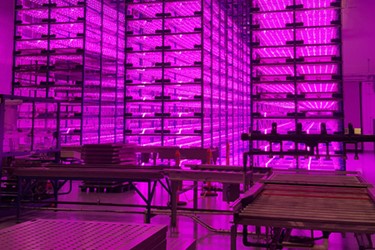 Imagine you work at a virtual biopharma with a highly specialized biopharmaceutical ready for advanced development. You contact the one CDMO that you’ve been told undoubtedly has the most experience in your field.

Let’s also assume you are situated in industry-obscure South Africa, and that perfect CDMO is thousands of miles away in Texas. One more stipulation: Someday, you want your drug, and the eventual commercial manufacture of it, to benefit first and foremost your home continent.

So the CDMO offers you this proposition:

“We’ll provide the knowhow, technology, and capacity at our facility to develop your drug. We’ll produce the novel plant-based material you need, help file your IND, supply the clinical material and even your launch quantities. At the appropriate time, we’ll transfer that knowhow and technology to you, and help you build a facility so you can manufacture the commercial drug in South Africa.”

Sound too good to be true?

Not for Mauritz Venter, CEO of AzarGen Biotechnologies. In fact, he summoned heavenly intervention to make it real.

“When we officially founded our company in 2003, we knew we’d need some divine blessing,” Venter told me recently from Stellenbosch, South Africa. “We came up with a name that might help. Azariel is a protecting angel. So Angel Genetics became AzarGen.”

As for the reality of that divine offer from the CDMO?

“Yes, that’s our plan,” says R. Barry Holtz, President of iBio CDMO, a contract developer and manufacturer specializing in biotherapeutics. “We have an empowerment model.”

Here’s how that model works for AzarGen and iBio.

Background To An Intervention

The plant – or bioreactor – needed to create this therapeutic is within the tobacco family, called Nicotiana benthaminan. According to Venter and Holtz, using these plants as bioreactors has advantages over the more common mammalian cell lines, or CHO (Chinese hamster ovary cells). (More on this in part two.)

In 2015, Venter started looking for a partner to help advance AzarGen’s development. The decision was also spurred by AzarGen’s initial investor –  South Africa’s Industrial  Development Corporation (IDC). They said further funding was predicated on the company receiving “international credibility” there was indeed promise in the pipeline.

“It took a year and a half, between ‘cold calling’ specialists in Denmark, Israel and Germany, as well as meeting potential investors and traveling to the U.S.,” recalls Venter.

“Out of that came the message there’s one person I needed to connect, and they were calling him the “founder and father of plant-made pharmaceuticals. That was Dr. Holtz.”

Holtz was interested, and before long was on his first trip to South Africa. “Barry came down, and we sat for a week in our lawyer’s office, because my office was a storage room somewhere in the dark corner of the university with no windows,” says Venter. “He said, ‘I’d like to go on this journey with you.’ For us – two co-founders on the tip of Africa – it was like a revelation of some kind.”

At the time of their first meeting, Holtz was an independent consultant. He’d already founded several biotech companies. “I was one of the founders of Large Scale Biology, and companies like G-CON, the POD cleanroom company,” he tells me. “I’m older than dirt in this business; I’ve been working in biotechnology since 1979.”

Also at the time of that first meeting with Venter, Holtz was again involved with Caliber Biotherapeutics – a biotech he had earlier helped found. Caliber’s main assets were then purchased by iBio, Inc., in 2016. These included a large biomanufacturing facility that used hydroponically grown plants as bioreactors. Part of the building of that facility was through a co-sponsored project with DARPA.

“The purpose was to respond rapidly to pandemic viral infection – either natural flu or manmade. Once we completed the transaction of that incredible facility to iBio, our staff undertook Mauritz’s development cycle. We just wanted to run the pipeline for them. It’s become an interesting business model, different than at most CDMOs.”

Holtz says his “empowerment model” has already benefited clients in Brazil and China. “The companies involved are interested in monoclonal antibodies and biosimilars, but they’re looking at a different product category and a different CapEx model,” he explains.

“To create and run a usual CHO cell facility in South Africa is practically capital impossible. An advantage of plant-made pharmaceuticals is there’s not as much upfront capital required. We’re planning work on several biosimilars for Mauritz to start a pipeline of monoclonal antibodies for South Africa.”

“We intend to empower our partners to eventually build and operate a factory,” Holtz continues. “We will design it, train their people, and transfer our technology, rather than just be a straight unidirectional supplier. The bottom line is you need local management in these countries, and you need local manufacturing to bring an affordable product to an unmet medical need. This is a good business model for everyone involved.”

Holtz also mentions the humanitarian side. He points out that today in South Africa, it’s estimated 30% of pregnant women have HIV, which also exacerbates non-Hodgkins’ lymphoma, arthritis and other autoimmune diseases. “We are now writing an IND for AzarGen, and we’ll do an international tech transfer. It’s rewarding for all of us, because we can do social good and empower companies, while making good business deals at the same time.

Do “good business deals” in this model add up to a profitable business?

“This is a B2B business arrangement, and for us, it’s likely to be the gift that keeps on giving,” adds Holtz. “As one product is introduced and moved ahead, we then help create other products. International clients don’t need to have the product development capacity or make major investments. We can keep that model going.”

“But let me also be clear,” adds Holtz, “we have clients where we are a traditional CDMO, and we can manufacture products for them in small or large scale. But internationally, this empowerment model works better. We don’t need to be a Lonza, managing businesses on three continents.”

Venter, of course, is certain the model is a godsend.

We’ll look into a few more details of this relationship between AzarGen Biotechnologies and iBio in part two, and this new science of plant-based biopharmaceuticals.