The Witcher Way: Can We "Eliminate" Tech Transfer? 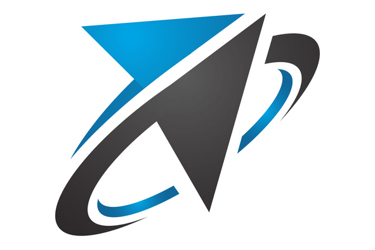 “You can call me a revolutionary, if you like,” responds Mark Witcher upon my not-so-polite comment he is.

Regarding his thesis on the elimination of tech transfers – and our prevailing thought processes for conducting drug development and manufacturing outsourcing – I’d add these adjectives: detailed; erudite; choreographed; and provocative.

That descriptor remains unsettled. Readers will pass the ultimate judgment – by future decisions you make for your drug development programs.

Some readers have already weighed in. Here’s a (somewhat typical) response to a recent Witcher article:

“Manufacturing facilities designed for GMP operation and efficiency cannot afford or accommodate drug and process development in the same place. These require differentiated, specialized facilities and staff. Tech transfer moves developments into GMP manufacturing, both domestically and to global sites…”

And so – on behalf of all Outsourced Pharma readers – I wanted to get to the core of Witcher’s voluminous writings, including his latest: “Can We Eradicate Tech Transfer And Other 20th Century Pharma Manufacturing Practices?”

Who is Mark F. Witcher, Ph.D.? A professional with 35 years in biopharmaceuticals, currently a consultant to “a few select companies.” He started in the early days of Amgen, the genesis of much of what he believes today.

After Amgen, he was hired as SVP of Operations by the founders of Covance Biotechnology Services, to “build a CMO from scratch and make it work.” Which, he says proudly, he did. He’s also worked for engineering companies on feasibility and conceptual design studies for advanced biopharmaceutical manufacturing facilities, and is an expert in “operational issues” related to development, manufacturing, and yes, facility and tech transfer.

Here’s what I learned from my interview with the man who would eliminate tech transfer.

All The Wrong Places

“Taken together,” I say to Witcher at the end of our discussion, “you think the virtual biotech model is not an answer to improved drug development. Neither is the integrated pharma company, which today takes the wrong approach. And as for the CDMOs, they’re no better.”

“In your estimation,” I continue, “drug sponsors should be evolving products, and within that process, eliminating the need for tech transfers. Thus the whole industry is off kilter.”

“Yes,” Witcher replies calmly. “I would say that I’m counter to the entire industry.”

“I think everyone needs to revisit the way they do almost everything. I view the industry as floundering, with new methods and manufacturing technologies they haven’t learned to utilize.

“They’ve been stuck in the old paradigms for so long, they can’t conceive of another way of proceeding. So yes, I'm perpendicular to the way most of the industry is flowing.”

So in his estimation, how does a small or mid-size biotech operate without transferring what it has discovered/developed to a CDMO?

Boiled down, his reply is: The biotech with few internal resources should partner with a CDMO as early as possible.

Witcher is the ultimate “the earlier the better” proponent when it comes to working with external partners. “You might call it science transfer,” he said.

But there’s a strict qualification on that partner. 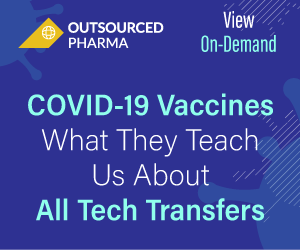 “That CDMO must be fully capable of taking the product from early process development to conclusion –failure at a point in development or complete commercial launch.”

He adds: “There must be sufficient capability within the development manufacturing organization so they do not need to transfer technology. They would be evolving the technology at the facilities.”

“That then would constitute a legitimate strategy for a virtual or small company planning to operate with limited internal resources.”

And so does Witcher like today’s virtual biotech model?

“No,” comes the reply I probably should have anticipated.

“I would prefer the integrated pharmaceutical company, but it has to be one that does not have internal silos. If I had to pick, a virtual company is probably better than a siloed up major biopharma company.”

I risk another surmise: “This puts you solidly in the camp of the one-stop-shop CDMO.”

He doesn’t bite. If the CDMO becomes a large organization with its own silos, we are back to square one with tech transfers, he explains.

“To be effective, any large integrated company must have the ability to bring a product along in a well-defined system that nurtures it through the different parts of the organization. There’s no ‘transfer,’ for example, from R&D to development to pilot plant. Old Amgen, the ‘small’ company I joined, didn't have silo-ing.

“The position I've taken is you use one integrated organization to evolve the product. Eventually, the way products are developed will essentially eliminate tech ‘transfer,’ particularly because of the inherent inefficiencies, added risks, and cost of time in transferring.”

In Witcher’s world, a biopharma organization starts with “a strong internal research capability, and adds the resources necessary to allow the product to be commercialized without having to tech transfer.

“At Amgen, they took a product on the bench and commercialized it entirely through its own organization, which did not have departmental silos.”

Today, says Witcher, biopharma organizations originate with the plan to transfer processes to different facilities and professionals. No other options are seriously contemplated.

“You need to tech transfer because you decided not to have the resources to go into the next phase,” he says.

“But for one thing, it’s important the research scientists are involved in the development of the drug’s manufacturing process. That provides a maximum probability you will actually continue to make the product you want.

“With biologics specifically, as the process takes shape there’s a tremendous amount of art, in terms of how the cultures are grown, the product is purified, etc. It’s important you convert that art to technology, by systematically scaling up the processes, and again, ensuring you are making the same product.

“There are things you can do in the laboratory you cannot do at larger scales; R&D scientists should be involved the entire way.

“Frequently, one organization works on a 5-liter scale, but can't go to the 250-liter scale. They transfer and introduce risks, including all kinds of communication problems. You wind up spending time and energy fixing those inevitable problems that occur.

“Whereas if you had the same individuals who ran the 5-liter scale working to get to 250 liters in the same facility, using the same control mechanisms, you stand a much higher chance of getting the desired outcomes.”

This is where Witcher introduces his expertise in facility design to accommodate a single-facility option, some of which is documented in his articles referenced below.

But let’s end back at the seemingly one and only extant model of his thinking.

Are there, I ask him, any “early Amgens” out there today, evolving products as he advocates?

And I’ve a hunch I know why. Readers might have your ideas as well.

We’ll pursue these next, along with another look at why Witcher believes the CDMOs aren’t treading the right path either.

This is part three of a four-part series on tech transfer. Here are Part 1 and Part 2.

A sampling of articles from Mark Witcher: