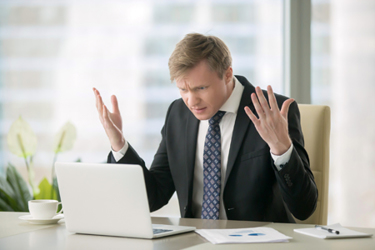 Our recent editorial, “How Involved Should Biopharma CEOs Be In Outsourcing Activities?,” drew a fair amount of attention.

New CEOs might have been surprised to learn they’ll be so involved with CDMO selection, and what (at first blush) appear more mundane, day-to-day outsourcing decisions.

The veteran executives most likely thought: “Yes, been there, done that.”

The overall message of that editorial:

“At some point along the way, normally something in your CMC activities becomes problematic,” and thus:

“The CEO is likely to be the ultimate decision-maker on more activities related to outsourcing than they might expect.”

Now, we have more data to wrap around these assertions of involvement at the executive level.

It derives from “CDMO Outsourcing Models,” a report from my colleagues at ISR Reports. The data derives from market research and a survey of professionals whose biopharma organizations outsource manufacturing.

According to the report, “Executive Management holds the largest amount of influence over CDMO selection for both development (26%) and commercial (24%) manufacturing activities.”

When analyzed by size, for “non-large” biopharma organizations that influence moves to 33% for development, and 29% for commercial.

And regardless of outsourcing stage, the executives “tend to be the main influencers.”

If these numbers surprise at all, I’d assert they surprise to the low side, based on (the more anecdotal) evidence I’ve received from numerous executive conversations over the past year.

Not to mention biopharma organizations becoming and remaining leaner – or more-or-less virtual – precluding the few executives at the organization to be more involved in all decisions.

Or the fact that VC, private equity and other finance partners invest understanding that emerging biopharma will rely on outsourcing, and thus need outsource-experienced executives running their start-ups.

Another data point in the ISR report would also seem to add to involvement by the C-suite:

“Almost three-quarters (73%) of respondents indicated the company they work for has a formal budget allocated to CDMO selection.”

This, on the other hand, surprised to the upside – but now I think about it, I’m not sure why it should have.

As these pages have expressed countless times, perhaps nothing that follows is more important than initially identifying the right CDMO partner. Putting that importance in dollars and cents should become more routine.

And speak of (at least my) surprises, ISR reports nearly half of respondents confirmed the company they work for uses consultants to help guide their CDMO selection process.

When analyzed by company size, the data show consultant use is more common at small companies than large ones.

Particularly when considering the diversity of organization among biopharma today,  I’d already been thinking when we wrap up 2021, it might be labeled: “The Year Of The Consultant.”

Again, more anecdotally (but certainly from the front lines), most every conversation I’ve had with biopharma professionals the past 12 months or so point to a heavy reliance on consultants on most all matters of outsourcing – and particularly with selecting CDMOs.

On the other side, every consultant I’ve asked, ‘How’s business?” has let out a mixed sigh of delight and exhaustion. Business, they say, has never been better.

Maybe that’s simply because, well, we all seem busier today. Surely some of this still has to do with the pandemic.

We don’t have a base  from which to judge how much of an increase we've seen in consultant involvement in CDMO selection over, say, 2018 or 2019, but I’ll risk the assumption it is an appreciable jump.

And to walk this out further: it would not be a surprise if that percentage continues to rise.

Outsourcing is the rule in biopharma. Perhaps we normalized this best as the title of a recent Outsourced Pharma Live:

Can You NOT Outsource?

The answer was “probably not,” but you sure can “hybrid.”

To back that up, we find this in the intro to the ISR report:

“ISR continues to find that a combination of outsourcing models along with in-house manufacturing is more of the norm.”

Somebody has to set and overlook the strategic integration of in-house development and manufacturing with external activities in those realms.

Somebody needs to identify for investors and other stakeholders how that strategy is the wisest to fulfill the mission of the company – wisest as in the most bang for the buck.

Somebody must explain why the development and manufacturing partner the organization selected is the best fit for that mission, and be close enough to understand on an ongoing basis what’s taking place at that external partner.

Those somebodies are CEOs.

They’ll need assistance of course. It’ll come from the other experienced internal management at the organization.

And they'll have experienced consultants to add insight and perspective.