Should You Hire Talent Away From Your CDMOs? 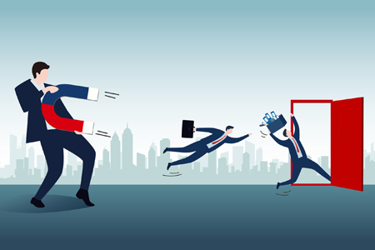 I said something that didn’t sit particularly well with my discussion partner.

For years, I’ve heard that in the growing competition for talent – research scientists, development specialists, project managers, engineers – it has for the most part been talent leaving pharma for the CDMOs, and not the other way around.

Kurt Nielsen, an industry veteran of both drug sponsors and CDMOs, thinks differently:

There’s a sustained talent transfer from CDMOs to their customers.

“I hear it every day,” he tells me in the second half of a conversation on the drug development and manufacturing outsourcing industry. (see part one here)

“There's a touch of hyperbole,” he admits, but most everyone he’s spoken with is having issues with labor – and thus meeting on-time delivery of services and products.

“It's not if you're having a problem with turnover, it's how difficult: 20%, 40% or 50%? The numbers are big no matter where you look. If folks are being honest, they are struggling because they don't have enough talent.”

Currently, say Nielsen, “there's a fair amount of whack-a-mole going on. You might solve a shortage with operators, but then one pops up in the discovery labs, or you can hire in development, but then it's the analytical and product-release labs with challenges.”

The largest CDMOs with more critical mass, he says, can help fill the gaps by moving people around and conducting cross-training. “But in the end, you're always adding more business, and need to keep filling the personnel funnel – and it’s much harder to fill than ever before.”

So to all you drug sponsors reading this:

Shouldn’t you think twice before hiring away from your service providers?

Although to a lesser degree, hasn’t this always been a part of supply-chain mechanics and outsourcing?

And if professionals are going back and forth between service organizations and sponsors, are there not benefits to that?

At Outsourced Pharma, we’ve even presented a webinar on the subject: Managing Your CDMOs: Advice From Professionals Who Have Been On Both Sides Of Outsourcing.

There are benefits. For example, how many times has a drug sponsor found the most appropriate CDMO because a current employee used to work there, and made an exacting connection?

The "talent trade" has literally brought both sides of the outsourcing equation closer together.

But today, there’s this elevated consideration:

It can appear that way. Unfortunately, this doesn’t appear to be a component of some overall beneficent arrangement.

Instead, it’s better described as robbing Peter to pay Paul.

“Depending on where you are geographically, many CDMOs successfully hire entry level folks coming out of school, but two or three years later, if there are larger pharma companies in the area, they're off to those places,” Nielsen laments.

Moreover, readers do not require reminding that nowadays professionals of all experience levels (in most industries) are willing to move more than in the past. Many appear on a sustained search for further “benefits” by switching companies.

The result? CDMOs “allow lab employees, for example, a couple of days at home doing their paperwork,” attempting to assuage those employees to stay put.

“We operate in this entirely different ecosystem now,” adds Nielsen. “If there's more than one pharma company within 50 miles, you've got to worry about what's happening with benefits and wages there.”

Particularly, he believes laboratory (discovery and early development) professionals readily start out in CDMOs. They experience “an amazing exposure, but then want to go into pharma. Pharma wants them because they know so much.”

“They're exposed to variety, cross-training, and they understand service. They bring that mentality into a pharma company.”

On the other hand – and in search of a positive – this seems to imply we have a younger generation well aware of opportunities at CDMOs, something quite different from just a few years ago.

As Nielsen says, this is a new ecosystem. For better or worse.

Reversing direction, Nielsen says when looking at certain senior or executive positions, there has been a fair number of professionals from pharma joining CDMOs.

However, he says, “My hypothesis is it still requires a special person to come out of pharma and successfully work in the services business.”

The obvious reason is the nature of the business, starting with the need at CDMOs to add the dimension of taking care of customers to the science and technology.

Leadership and management may be where this shows up most. Arguably, the most important role in the CDMO-sponsor interface is the project manager. We’ve often heard these professionals are hard to find in the first place.

I’ll summarize an anecdote that was relayed to me recently:

‘A project manager working 100% remote at a CDMO – already a major accommodation – was being paid $120,000 annually. After a year, she informed her company she was taking a job in pharma. The CDMO suggested they could work something out, and offered a 10% raise. The PM said no thanks. When asked what it would take, she said the next role, also all-remote, had a salary of $180,000.’

“Perhaps that’s an extreme case,” Nielsen responds to that, “but no surprise. That what's going on today.”

“Everybody’s in a hurry to hire – often from CDMOs – and professionals like PMs are worth their weight … in Bitcoin!”

Good for the project managers, we might say. But as we seem to rely more heavily on outsourcing than ever before, whether this adds value to the CDMO-sponsor partnership, increases outsourcing productivity or strengthens outcomes, is less clear.

Ask yourself again: Should you be hiring talent away from our CDMOs?