Should You Build Where You Buy? A Rarely Discussed Model For Biopharma 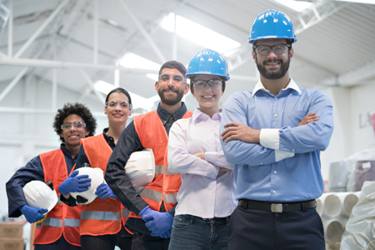 You are an emerging biopharma outsourcing to a trusted CDMO.

The CDMO has selected its location wisely – an important factor in your selecting them. Perhaps it’s in North Carolina, where there are established advantages for biopharma organizations.

Now you’ve determined to establish some of your own development or manufacturing facilities.

Today, that’s certainly not unusual; organizations like yours increasingly build and buy in a hybrid model.

Would it be beneficial to build close to your CDMO?

“If I'm at a biopharma company, and we're at that point where we want to control the manufacturing, or a portion of it, I’d start looking at where other organizations have built, and how successful they have been at those locations,” says Bill Bullock, Senior Vice President, Economic Development and Statewide Operations, North Carolina Biotechnology Center.

Among those “other organizations,” why not look at where your CDMO resides?

“They’ve selected their locations for a whole list of reasons,” says Bullock.

And consider this: potential synergies between your organization and your CDMO if your facilities were, so to speak, shoulder to shoulder.

Might this be the ultimate actualization of the hybrid model?

How Close Can We Get?

In any outsourcing model, internal resources must work closely with external partners to assure project success.

What could bring the two closer than locating in the same business park? Now you are coordinating resources and facilities. There’s no travel, no time zones, and beyond that, Bullock envisions an elevation of joint decision-making.

He mentions capacity, which can be a constant concern. A biopharma builds a modest manufacturing facility to alleviate some of that early constraint at its CDMO. But sooner or later, phase one or two capacity needs to expand for phase three and commercial material.

“At that point, I might want to expand my operations, or the CDMO might open capacity or expand their operations – or the two can coordinate both expansions,” Bullock says.

Locating in the same locality – speaking with the same municipalities, counties and state to understand the landscape for incentives, the costs of expansions, and researching the workforce dynamic – could feed an unheard of coordinated response to project success.

But before going off the ideal end, let’s interject the caution there’s always an “on the other hand.”

The same tornado or other natural disaster that knocks out power at your service provider might also impact your facility.

Or you might end up fighting for those local human resources – or worse, start poaching from one another.

And a very legitimate concern at the CDMO:

The neighbor-client might drive the CDMO, well, crazy (e.g., “Can we stop by and talk to you again today about that process?”).

So all is not Eden, but so warned, it is worth continuing our contemplation of this “home hybrid.”

In a “home hybrid” model, you can coordinate externally and internally to create the “partnerships” and “relationships” we often talk about more obliquely.

Bullock believes this could result in a better mitigation of challenges to find the right capacity – or through a pandemic, any capacity at all – as well as supply-chain disruptions.

“I give these biopharma companies a lot of credit for now making bold build-and-buy decisions on capacity,” says Bullock. “Coming into the pandemic, we were already on our way to a global capacity crunch around biomanufacturing.”

This wish list (and more) “continues to spur new and interesting opportunities.” For example, Bullock’s organization has been working on the idea of creating “a more flexible, pilot-scale” CDMO model to address early-stage manufacturing challenges.

His team envisions a facility with a “modular approach,” where “university folks could have early, easy access to try out novel areas that emerging biopharma are developing, on a small scale through early development runs.”

Should projects pan out, says Bullock, the pilot-scale CDMO itself might then further get into the new space, and reach out to more customers. Or then focus on training more workers in the emerging field.

“This would get the emerging biopharma off the ground,” explains Bullock. “If the sponsor reaches a decision point to proceed, then they can offer the full-service CDMOs a more viable project to take on.”

And while Bullock and team haven’t quite worked out the funding or ownership of this new provider model, it might attract more investors to the biopharma, whose program is now more advanced (and further into clinical trials).

In fact, at this point the drug sponsor, based on more data and less risk, might transfer the project internally.

“The point is, the knowhow and the same infrastructure would be in place,” explains Bullock. “It’s this more flexible component of early-stage work we need today, because bioprocessing early on, and on all scales, is becoming so much more critical, right?”

I see readers’ nodding their heads.

“Even the venture capital guys are starting to ask about investing differently, because processing and scale up is becoming a roadblock to their timely exit strategies,” Bullock continues.

“So we're talking a lot about bringing the community of developers together, and the institutions together with the companies, with potential support from the state, localities, and the universities.

“Let’s proactively see what interesting things we can bring as the next iteration of flexible, collaborative manufacturing that’s good for everybody involved.”

And as they say, good manufacturing makes for good neighbors.