CDMOs Cluster In North Carolina: Why It Matters To You 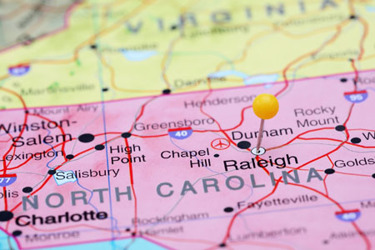 In the beginning, there were Big Pharma concentrations in the Northeast. Decades later, biotech centers emerged on the coasts, then spread across the land.

Now we have our first CDMO cluster.

It’s in North Carolina. And it’s worth giving this some thought if you are outsourcing drug development and manufacturing.

According to the NC Biotech Company Directory, compiled by the North Carolina Biotechnology Center (NCBiotech), some 100 companies performing contract development and/or manufacturing are located in the Tar Heel State. Many are involved in biomanufacturing and cell-and-gene related services.

CDMO expansions or locations in NC since 2019 have an estimated investment value north of $3 billion.

Global headquarters of these CDMOs include Australia, Canada, Ireland, Russia, Sweden, Switzerland, and the U.K.

The CDMOs themselves run “A To Z” (Ajinomoto to Zorbius Biopharma), and include familiar brands (e.g., Catalent, FUJIFILM Diosynth, Thermo Fisher Scientific).

Are there quantifiable benefits or other advantages to working with CDMOs within a cluster?

Should you more heavily weigh a CDMO in an area with a concentration of service providers during your selection process?

To answer those questions, first we must understand why CDMOs would huddle in a certain state. 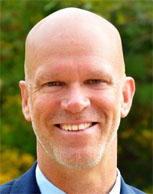 A demure Bill Bullock, Senior Vice President, Economic Development and Statewide Operations, North Carolina Biotechnology Center, says, “I wish I could tell you it was because we were just so incredibly smart.”

“What I can say is at least from 20 years back, the state decided to target biomanufacturing specifically as an industry we should nurture.”

With that early focus, and the ensuing expansion of the outsourcing business model throughout the industry, came the CDMOs.

What follows is a three-part investigation and analysis of that trajectory. Along the way, we’ll answer the questions above, suggest a new model for the sponsor-provider relationship, and visit upon principles of economic development applied specifically to the biopharma industry.

What we uncover will enlighten more than your outsourcing strategy: It will also impact decisions related to establishing your own capabilities and capacities.

Let’s begin with objective analysis of why CDMOs – or any biopharma companies – might continuously select the same locale for facilities and expansions. 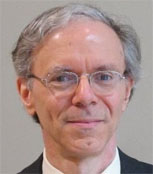 For that, I consulted Ronald A. Rader, President, Biotechnology Information Institute, and until recently BioPlan Associates Senior Director, Technical Research.

Rader believes a significant portion of new CDMO facilities locate and expand in NC for these reasons:

We’ll speak to this again subsequently; for now, it’s important to recognize a global search – or one within the U.S. – may not surface NC is the “lowest cost” environment.

It is certainly economically competitive to operate in NC, in large part due to state and local economic policies and incentives. There’s also this: NC is not dominated by large “biotech hubs” within expensive major cities with higher costs (e.g., San Francisco or Boston).

As someone who was once involved in state economic development, I attest to Rader’s assessment of NC as a “most business-friendly location for manufacturing – laissez-faire, politically conservative,” and policy-stable regarding regulations and outlook.

The state offers abundant developed and/or developable land (we’ll revisit this later as well). More important than ever, water (see: California) and other natural resources abound.

NC long ago achieved “critical mass” for biopharma investment and operations, allowing for a point of accelerating returns building on extant infrastructure and talent.

CEOs must be excited about a location. Important to them besides the above: safe cities with ample amenities; comfortable neighborhoods and good schools; reasonable travel times; competitive personal tax policies.

I’ve saved for last what is often the ultimate deciding factor:

No workers, no go.

CDMOs, like every company dependent on skilled workers and continuous training, seek locations with top universities/community colleges willing to turn out students with desired and specific degrees, and hands-on bioprocessing experience gained in settings with cutting-edge equipment and technologies, which also allows for employee re-training programs.

Where The Workers Are 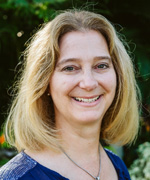 Regarding this “ultimate” criteria, I spoke with Kimball Hall, President and COO of Abzena.

This biotherapeutic and ADC drug development services organization is the most recent CDMO locating to NC, with a $213 million plan “to join the fast-growing North Carolina biomanufacturing ecosystem.”

Abzena is building out a new facility and creating 325 new jobs, and a prime example of the type of deals NC has been a part of for many years. It will receive $7.7 million in Job Development Investment Grants from the state, contingent upon meeting investment and employment benchmarks. It's in line for community college workforce training support funds, and $11.5 million from Lee County and the city of Sanford, where it is locating.

However, says Hall, “It was not that this was a ‘CDMO cluster’ that specifically drove our decision to locate in North Carolina. For us, the draw is the same as for nearly any pharma or CDMO today: talent.”

She would know. She was a VP of Manufacturing for Amgen for 16 years, and SVP and Global Head of Biologics Drug Substance at Genentech (a member of the Roche Group) before joining Abzena. She has extensive experience selecting and outsourcing to CDMOs.

“The industry ‘clusters’ to begin with because communities are willing to build the infrastructure for acquiring talent. I believe that drives clusters more than synergy relationships,” she says.

“Universities and biotechnology centers provide an education to more folks coming out of school systems. This is beyond a basic education on the work we do. North Carolina has training centers, universities and colleges which have created educational platforms that help relieve companies like ours from conducting more extensive and longer internal training programs for new employees.

Hall adds: “North Carolina is also a location where we can recruit and attract skilled workers from elsewhere. It’s an easy sell.”

If a CDMO is “smart” enough to locate in an advantaged business area, enabling it to keep costs (and thus prices) down, and securing a funnel of new talent and training opportunities, shouldn’t that reflect on it as a desirable outsourcing partner?

“If I put myself in a startup biopharma, you want the assurance anybody you outsource to has the knowledge, experience, capability, and capacity to run my operations today, and into tomorrow – whatever tomorrow might look like.”

Finally, perhaps another consideration has been running through the minds of readers throughout this first part:

When it’s time for you to build, shouldn’t you build where you buy?

We cover that next.