"We Do Everything" CDMO Pitch Not Pleasing Everybody 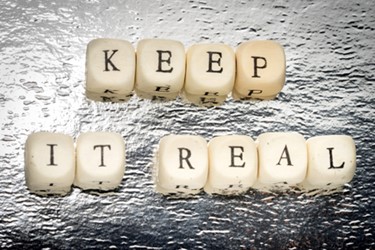 Recent articles authored by CDMOs extolling end-to-end services haven’t been, shall we say, well received by some biopharma professionals. One sent me a detailed email to explain.

That correspondence came on the heels of a similar opinion volunteered by a biopharma executive I was interviewing – although it wasn’t the topic of discussion. She was animated about “this idea one company can excel at everything.”

A few months ago I started keeping track of how many press releases I received from CDMOs making such claims.

Do Outsourced Pharma readers receive these, too? If so, how are you feeling about so many CDMOs claiming exclusivity as the only “end-to-end provider,” and of course the one who does it all better than anyone else?

Might we all start questioning just how truthful CDMO marketing is? That wouldn’t be good for the drug development and manufacturing outsourcing industry.

Neither of the seasoned outsourcing practitioners mentioned above has an ulterior motive. Both are active professionals with decades of successful outsourcing experiences, and have earned the right to their opinions … and, I believe, to have them aired. So herein I do the airing.

My email interlocutor sees things as follows (through my editor’s lens).

“There’s been growing hype over the years about the one-stop-shop model for biopharma outsourcing. CDMOs have made acquisitions and altered business models to get into that ‘space.’ They market themselves, for example, as saviors to the little guys.

But let’s look historically: If the model worked, why did Big Pharma – and many others – abandon it? They learned they could not be best at everything, and their cost structure was not competitive.

You might argue CDMOs ‘share capacity’ with multiple clients, so are able to manage better than Big Pharma did. That’s only true to an extent. Now you have multiple organizations vying for the same capacity, and they all need it now.

We hear the one-stop model can be quicker to clinic or market when compared to outsourcing to different service providers; one organization manages all the pieces, and the transfers and transitions can be more seamless. But experience says can be doesn’t equate to will be. CDMOs are getting better at internal hand off, but they are still hand offs, and not nearly as seamless, coordinated, or systematic as advertised.

This model is said to save internal managerial and scientific resources at the sponsor.

But again experience has taught, conversely, the best outsourcing outcomes are when drug sponsors meticulously match the technological requirements of the project to specific expertise at specific CDMOs, and have an active project management role.

If you have basic chemistry and formulation, perhaps the one-stop-shop works. But wait a second: What about labeling and secondary packaging, something I know many claiming ‘all-in-one’ don’t actually do themselves. Claiming you do “everything end-to-end” when you don’t can seriously impact a biotech and its stakeholders.

CDMOs oversell their capabilities and experience. If they don’t perform certain activities routinely – or in fact haven’t done them at all but feel they can – they aren’t able to work cost efficiently, or with the quality and reliability required by customers. These are not the best places to get those specific services you need. You end up attempting to force-fit a project into (the wrong) CDMO, in the name of simplifying your supply chain.

Moreover, let’s all be reminded this model is actually “sole sourcing,” which remains a bad idea in most cases. A sponsor may get through the clinical phases of their project with a sole source, but as the project transitions into commercialization, a second (or third) source is critical to maintaining a secure supply.

Having supplier competition also helps stimulate process improvements, and improvements to your bottom line. A single source for your synthesis and formulation can tether you to a CDMO – held hostage to their needs over yours.

What of the ‘long-term relationship’ advantages?

Can’t Get In Or Out

“We’d already agreed to synthesize a component of an important project with a CDMO. We were now negotiating the final points of the drug product manufacturing for a fairly large phase-three trial. At the last minute, the CDMO’s drug product site – due to ‘a change in site management,’ decided the safety risks for the project were too high. After six months of dancing around – including flying a CDMO representative from the U.S. to the E.U. to participate in tech transfer meetings and discussions – we realized we had no choice but to find a new partner. All the time and money invested was flushed. It was no help the CDMO was ‘fully integrated.’”

“We needed a specific formulation at a CDMO experienced with our chemistry, and with ‘specialized formulations.’ The CDMO in fact did a great job. But as the project progressed, we wanted to bring in a second source. When tech transfer discussions were initiated, the CDMO revealed the formulation used “proprietary technology” we had no rights to. They would license it, but for a fee well in excess of anything that could make economic sense for us. We were effectively locked into a situation with no good option to set up a second supplier at a reasonable price.”

At our recent Boston conference, a former long-time Big Pharma executive now at a start-up biotech, eloquently and enthusiastically presented on how to best utilize an integrated CDMO.

So we will continue to bring both sides of this discussion.

For today, let’s end with some wise comments from the biopharma executive I mentioned at the very beginning of this editorial – which surfaced while we were discussing a different topic:

“I believe in a free marketplace of ideas. And I believe in competition, and different platforms and opportunities. These will ultimately demonstrate where companies excel at what they do, and where they do not. I’ve learned over decades of experience it probably isn’t a winning business objective to attempt to be the best in the world at everything.”

Or, perhaps, to tell the world you are.