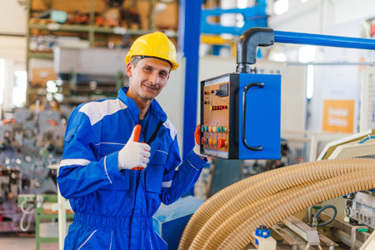 The first question influences moving to the next two. Organizations feel the need for a clearly identified incentive or rationale to switch from batch-based development, scale up, and larger scale processing and manufacturing.

Eli Lilly is a pioneer in the movement to CM (or continuous processing), and was one of the first Big Pharma to delve into and adequately answer all the above questions.

At a recent Outsourced Pharma Live (Continuous Manufacturing: “Processing” A Project Near You) we learned of Lilly’s somewhat surprising answer to the initial “Why” question.

“Let’s do it for reasons of safety,” was a Lilly starting point, says Michael Semo, Associate Vice President - External Sourcing. Semo is a 25-year veteran of Lilly, and a featured speaker at our webinar.

“When I reflect back, Lilly has been on this journey for over 15 years now,” he says. “An initial remit we wanted to address was related to safety concerns.”

At that time, Lilly had mid-phase assets with “safety-critical unit operations,” and it was thought best to place those within its commercial manufacturing sites. As Semo and others started to think that through, they also considered the impetus coming from regulators to look at ways of modernizing pharmaceutical manufacturing overall.

“We felt we could offer something with the engineering expertise Lilly had,” said Semo.

There were also “aspects of speed” that came under consideration, especially on the drug product side for the oral solid dosage forms they were developing.

“We felt that would be a platform ripe for continuous, because it would allow us to go quickly, perform a number of experiments, and help us pursue ‘material sparing,’” says Semo. As many readers can relate, having enough drug substance to work with throughout development can be challenging.

Additionally – and ahead of its time – were Lilly’s growing efforts around sustainability. “Continuous has really helped us as we're lowering our PMI [process mass intensity],” says Semo.

He then mentions with what I imagine is on the minds of many readers:

“We're heavily using external partners to help us do this continuous work. We had to forge a lot of unique relationships with our CDMOs to be able to bring some of this to fruition, and then continue overall.”

Semo informs us that today there is a growing number of CDMOs serving from small molecule to complicated cell and/or gene therapy programs.

In other words, continuous assistance is out there … if you can make the internal decision to move from batch.

Help From The Top

Moving from a “batch mentality” can be more difficult for a Big Pharma like Lilly. In established companies, folks look around their considerable facilities and quip, “That's what all this expensive equipment is for.”

But as we saw in an earlier editorial, even at a start-up it may require certain acts of leadership to turn the tide to CM.

So how does a company get started?

“Initially, we did have a champion in the vice president of our small-molecule drug-substance organization,” replies Semo.

“He recognized the promise of the technology, both in terms of the ability to have a more well-defined process operating at a steady state, as well as a way to differentiate us as an organization.

“We felt there are a lot of great CDMOs across the globe right now, but if we're just doing the same old thing, is that really going to be sufficient for our future as a CMC organization?”

“This VP was able to set aside a few resources within our division, and we began analyzing some of the existing off-the-shelf, micro-reactor systems, focusing on reaction technology. We quickly felt a lot of those weren't adequate for the types of transformations and types of reactions we would encounter in the majority of the products in our portfolio.”

Lilly then set out to investigate what platform for those unit operations would be most appropriate. Semo and company started to think about items such as plug-flow reactors or continuous tank reactors, but then started to home in on those specific platforms where they could “get the most bang for the buck.”

Semo recalls a Grignard reaction [an organometallic chemical reaction] that needed to be transferred into the company’s commercial site in Ireland. While his team thought this area would serve them well to try out a continuous process, “That was actually one of the reasons we did have a lot of internal resistance from our colleagues in manufacturing,” he says. “They asked why we were pursuing this new technology, because they felt it was too complex.”

However, minds were changed when an incident occurred at a nearby fine chemical facility in Ireland that involved the reaction and led to an explosion.

“Once the manufacturing teams saw that the next asset coming from our development organization also involved  a Grignard reaction, we started showcasing our ability to do it in a very safe and controlled manner with continuous technology.”

“That really helped pave the way for us,” adds Semo.

Lilly was now on its way to investigating a number of different reactor platforms, and other unit operations that would also allow them overall efficiency, something along with safety the manufacturing organization liked from “a cycle-time perspective.”

The company installed a set, continuous-unit operation in and amongst batch-unit operations, and employed an early hybrid approach based on the value and benefits to programs overall.

“We eventually got to where we now have our small-volume dedicated facility for continuous manufacturing, with multiple unit operations running together with automation, and operating in a steady state across all needed operations there.”

Thanks to leaders such as Lilly – and today’s contracting industry – we’ve reached a point where big and small organizations can receive the external help needed to employ various continuous manufacturing and processing strategies.