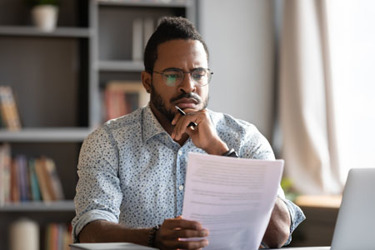 Is that how you create contracts with your CDMOs?

It is for CaroGen Corporation, a biopharma with a novel immunotherapy development platform, and an equally unique lead compound for a potential “functional cure” for the still prevalent Hepatitis B virus (HBV).

“That was the kind of contractual relationship we absolutely needed to transfer our program to a CDMO for clinical manufacturing scale up,” says President & CEO Bijan Almassian.

Unfortunately, for emerging biopharma of all kinds, these contracts are rare and far removed from the traditional templates and constructs offered by most service providers.

Here’s a description of relational contracts from an article in the Harvard Business Review (A New Approach To Contracts):

“We argue that the remedy is to adopt a totally different kind of arrangement [for better results when contracting services]: a formal relational contract … Designed from the outset to foster trust and collaboration, this legally enforceable contract is especially useful for highly complex relationships in which it is impossible to predict every what-if scenario. These include complicated outsourcing and purchasing arrangements, strategic alliances, joint ventures, franchises, public-private partnerships, major construction projects, and collective bargaining agreements.

Our challenge is getting service providers to fashion this approach with the smaller biopharma organizations that increasingly drive the innovation curve in the drug industry.

After (finally) locating a CDMO genuinely interested in CaroGen’s novel approach, and also having the rare and requisite knowhow (described in part one), Almassian says he was “looking to develop a mutual, long-term relationship based on a promise: If we can mutually come up with a reasonable cost structure for a plan of action [for clinical supply], we will continue to help each other.”

“On my end, that particularly included bringing future projects in,” Almassian adds.

“I looked into a number of CDMOs I had experience with – some in the U.S and in Europe – but I was getting proposals absolutely out of our cost range to make our doses and vials.”

A colleague informed Almassian of a small – or rather, right-sized – and newly established CDMO. He discovered he had a contact at BioCentriq (Senior Vice President & General Manager Haro Hartounian); talks started quickly and progressed collaboratively.

CaroGen, says Almassian, was met with a different attitude throughout the CDMO, and that ultimately led to a different price structure.

I asked BioCentriq VP of Commercialization Amy Lamperti about those differences.

“A lot has to do with the way we were established,” she says, “on a university campus with what I’d describe as a higher mission: not to deliver the maximum profit margin possible, but to actually advance overall the development and manufacturing of cell-and-gene and related industries.”

They are a CDMO, she says, “interested in exploring what our customers are interested in. This includes those novel technologies and platforms. We come to the table with a different mission and a different set of leavers.”

For Almassian, this means a service provider with a vested interest in his program, and one that starts out with a flexible approach to the relationship.

In fact, prior to thinking in terms of the contract at all, he says, both sides sat down (virtually) to go over what was needed – and as importantly what was not – to deliver them clinical material.

“We immediately spoke in terms of streamlining the processes by which the CDMO might move forward,” Almassian says. “This instead of a CDMO telling us all the services we needed to sign up for, and then we attempting to negotiate from there.”

Contract flexibility in place of negotiation, we might say. And in practice, “negotiation” post-RFP response by the CDMOs turned out woefully unsatisfactory for CaroGen.

“Our program is totally new,” explains Almassian. “We needn’t commit upfront, for example, to repeating a scale up three times. I’ve learned you can plan to move through the simplest progression while still maintaining the highest quality – and then worry about  items such as some fancy formulation later.”

“If you have a stability problem, you need to take action, and the CDMO should be committed to doing that. But if you don't have that problem, you can move in a straight line. With a frank back and forth between us, we effectively and safely streamlined the entire process.”

“If I look back to the other contractors, with those extraordinarily high quotes for the project, there simply was not room for this relationship,” continues Almassian.

“We were told what needed to be done, and that was that. Smaller startup companies like ours need a more reasonable approach. We're not looking for cheap; we are looking for the flexibility to allow us to get going, and build a relationship.”

In closing, I’ll interject editorially many CDMOs have vast experiences dealing with biopharma start-ups. They can come with inexperienced leaders and scientists unfamiliar with commercialization, and holding unreasonable expectations. Programs are unproven, and the “next projects” in the pipeline do not materialize. Each CDMO does need to decide the best clients for them.

So as they say, there can be two sides to most stories. (At least that’s how I say it.)

Nonetheless, with a more flexible and relational approach, CDMOs and drug sponsors can end up putting together a different contract altogether – one driving a new pricing and calculation that works for both sides.

Also see: Hepatitis B “Functional Cure” On The Way? A CDMO Helps Out