Hepatitis B "Functional Cure" On The Way? A CDMO Helps Out 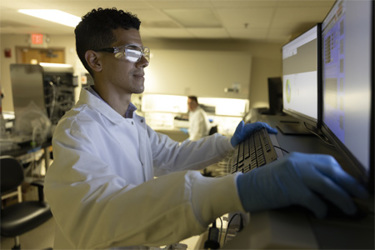 Vaccines for the Hepatitis B virus (HBV) have been around for a long time. They’ve proven less than optimal.

CaroGen Corporation looks to change the narrative, via a novel platform licensed from the Yale School of Medicine, new ideas for developing a “functional cure,” and the use of the right CDMO.

However, says Bijan Almassian, President & CEO of the Connecticut-based company, “When you discover novel things, people start off by telling you why it can’t be done.”

Some of those people have been potential investors and partners.

Not so the NIH. According to Almassian, CaroGen has received over $5 million from the government agency to push ahead.

“Can you scale this for clinical trials? Can you ever commercialize it?” are the predominant questions pointed at Almassian. His reply?

“Our answer has always been, ‘We really don't know.’”

He’s about to find out – with the assistance of a carefully selected, specialized CDMO he believes will provide the best answers.

Vaccines for HBV have been in existence for some 50 years. Nonetheless, according to the Hepatitis B Foundation, over 300 million people across the globe are chronically infected with HBV today. This leads to cirrhosis of the liver and cancers, at times fatal.

“There are medications to manage the disease; none to cure it,” says Almassian.

CARG-201 has been designed to generate HBV antigens to stimulate the immune system to increase antibodies and T-cells, and “fight off and clear the viruses down to a level the body can manage without any more medications.”

CAR-201 originates from a platform dubbed AVIDIO (artificial virus for infectious diseases and immuno-oncology). The platform utilizes an artificial virus developed at the Yale School of Medicine by acclaimed neurology pioneer John Rose, who is also a co-founder of CaroGen.

With the licensing of the AVIDO platform, CaroGen was established in 2012, and located at the University of Connecticut Technology Incubator.

“We have achieved success at laboratory scale,” says Almassian, “but we don't have the process development and manufacturing capabilities at larger scale, so I went looking for a CDMO.”

It was not an unfamiliar activity. He’s been in the pharmaceutical industry for over 35 years, and, he says, “I’ve dealt with CDMOs all over the world, from Italy to China.”

But not for a novel vector requiring special expertise. This new path to a CDMO he could partner with came with some unpleasant surprises.

What brought CaroGen to my attention was the CDMO ultimately selected.

We have featured start-up BioCentriq as a new-model CDMO, in editorials titled,  New Jersey Solutions For Cell And Gene Development and Manufacturing, and Non-CDMOs Serving Cell And Gene Therapy Developers. We described the organization as “New Jersey’s first university-based, cell-and-gene-therapy development and manufacturing innovation center for hire.”

What paired CaroGen with BioCentriq is a lesson in outsourcing offering readers a look at best practices in action, and insights for the modern-day biopharma.

In June, CaroGen announced it had selected BioCentriq as its partner for clinical development and manufacturing to support phase one trials for CARG-201.

Almassian had received proposals from more recognizable, name-brand CDMOs, but became disillusioned with those: little genuine interest in his “novel” (and thus unproved) platform; high-priced proposals with “little flexibility”; and often project start times well into the following year.

As I am wont to do, I focus Almassian first on price: How much more expensive were other proposals compared with the contract he ended up signing with BioCentriq?

“Let me put it this way,” he replies. “After we publicly announced our selection, some of the other CDMOs called to ask why they had not been chosen. I told them first it was basically because there was no room for negotiation with them, and they weren’t 5% or 10% more costly, but more like 500%.” (Much more on contracts later.)

To be fair-minded here, some of the other CDMOs CaroGen contacted were being driven by the COVID-19 situation; they were serving immediate and vital needs of the biopharma industry, and indeed the world.

A speculative HBV treatment would just have to wait.

Despite the above, throughout our conversation Almassian repeatedly returns to what he says is ultimately important in his selection of a CDMO: knowhow.

“This is an artificial virus developed by pioneers in the field of virology,” he says passionately. “We are developing a novel product – the first out of this platform for infectious diseases and immuno-oncology. It requires specialized expertise.”

“And that’s what I eventually found. Their knowledge about artificial and related viruses in general was most appealing. There are many CDMOs in the world, but they are mostly experienced with protein purification.

He adds: “This is biologics, but not completely. The virus is artificial, and with its own characteristics. Talking to the BioCentriq team, I felt comfortable with their level of knowledge; they’d pursued similar work. That relevant experience was the most important thing for me.”

That “team,” I learned firsthand from Amy Lamperti, VP Commercialization at BioCentriq, includes chemical engineers with experience in viral and non-viral gene therapy systems and process development. She mentioned members assigned to the CaroGen project with cumulative experience in: process development scale-up with specific skills in engineering of lentiviral and AAV vectors for gene therapy applications; optimization of non-viral gene delivery methods for mammalian cells; upstream production of lentiviral and AAV vectors.

She also informed me the labs are equipped with Pall iCELLis Fixed-bed Bioreactors for culturing adherent cells, and scalable, downstream processing equipment, including for chromatography and tangential flow filtration.

Almassian was able to check his boxes for knowhow, and capabilities. He needed one more element: the flexibility to put a collaborative contract together.

This is the flexibility most every emerging biopharma needs today – whether pursuing novel vaccines, cell-and-gene or other advanced therapy solutions. It begins prior to the signing of contracts and informs the formulation of the relationship to benefit both sides.

Other CDMOs sent Almassian proposals; the CDMO he selected mutually crafted the proposal with him. That as much as any factor determined why one CDMO was right for the project – and also at an affordable price.

That and more in part two.