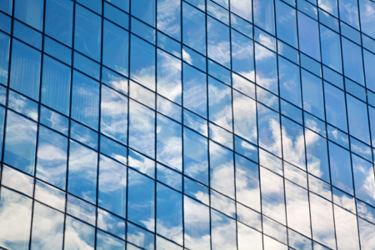 Ask the newly establishing cell-and-gene service organization if they should be considered traditional contract development and manufacturing organizations (CDMO), and they reply in a functional negating affirmative.

Then add: “Let me explain.”

Three quick examples, and then analysis of what we are actually witnessing in the important cell-and-gene support space.

As previously reported, Harvard headlines name-brand partners at the new Center for Advanced Biological Innovation and Manufacturing, in Massachusetts.

When asking Emmanuel Ligner, President and CEO at Cytiva (formerly GE Life Sciences), one of those partners, if the facility is a CDMO, he replies it won’t serve as a “typical CDMO.”

One reason: The Center will operate as “an independent, nonprofit organization.”

“We have every intention to help the local biotech,” he adds. “There’s a need for space, product, and access to patients. The Center will be the right place to come for them.”

A second difference: Direct partnering with universities, hospitals, even patients, and other stakeholders.

That CDMOs and universities – while sharing the biotech start-up as a partner and customer – have not more closely collaborated and co-invested, has been pointed out as a delimiting defect. (see: A Harvard Assist For Cell And Gene Bottlenecks)

Our second example is Nationwide Children’s Hospital of Ohio, which is spinning out Andelyn Biosciences, a cGMP manufacturing facility for gene-therapy clinical studies.

Its best to consider Andelyn as a “commercial-scale vector manufacturing facility functioning essentially as a CDMO for the biotech industry.”

“Our current vector manufacturing facility is embedded within our research-institute structure at the hospital. We've had that capability for over a decade, initially to support our own internal investigator initiated discoveries in product development.

“One differentiating feature of our plans to enter the CDMO space is we’ll still be tied back to research programs at the Abigail Wexner Research Institute. There will be a financial connection by reinvesting some revenues from Andelyn into our research programs.

As our final example, I submit BioCentriq, a CDMO-like organization being established under the auspices of the New Jersey Innovation Institute (NJII), a part of New Jersey Institute of Technology (NJIT).

When asking Haro Hartounian, SVP and GM, if he would say BioCentriq is a CDMO, he replies:

Below Hartounian’s extrapolation can sufficiently serve as an overview of the emerging non-CDMO landscape in the U.S.

Hartounian starts on a familiar note – a focus on smaller developers.

“We have a program called The BioFoundry, which is government funded, and has the objective of helping start-ups come in to work with us directly.”

“We help them raise funding, develop a product, do strategic planning, even hire management talent. I don’t think ‘traditional’ CDMOs do that.

“Another difference is we form a partnership with established biotechs who can work with us collaboratively to co-develop programs in our facility. At the traditional CDMOs, customers are rarely allowed to work side-by-side with their scientists or engineers.”

Hartounian adds BioCentriq also creates opportunities for customers to interact with regulatory agencies, and academic professors and faculty in the Northeast U.S.

My question in all this positivism:

What is the economic business model girding the good vibrations and camaraderie?

Hartounian responds with two approaches to financing operations – one for “pre-competitive projects,” and the other for more traditional process development and GMP production services.

“If a company needs a media optimization for a process where the results may prove beneficial to the entire gene and cell therapy industry,” explains Hartounian, “we’d start by designing and presenting a budget for the services, and charge time and materials, similar to how any CDMO operates.”

For services directed at a proprietary project, BioCentriq makes those same charges to the customer, but any IP developed is always owned by the client.

“Even if we develop a new process or technology, they own the IP. We’ll even help them file patents if necessary,” says Hartounian.

My conclusion after speaking with Hartounian and the other non-CDMOs: on the point of customer payments specifically, there is not a lot of difference with other service providers.

Each service organization, excepting perhaps for extraordinary circumstances of some constant and separate funding, needs to enter a paying-partnering relationship.

That still makes our outsourcing industry go round.

Are these emerging non-CDMO organizations in fact offering a model better fit for the cell and gene therapy developers than the traditional CDMO’s?

“I think CDMOs themselves are evolving,” replies Hartounian.

“Lonza, for example, is getting involved with drug development, and a number of other CDMOs are acquiring various technologies.

“They, too, may be looking to form more partnerships. I just saw the example of J&J’s major manufacturing agreements with Catalent. There are many other examples now.”

In summary, I believe most Outsourced Pharma readers will agree:

The established, global CDMOs who have helped drive small-molecule and biologics companies to successes over many decades, are not going anywhere. They are and will continue to adapt and serve cell and gene customers equally well.

And if – as we’ve heard repeatedly – the major bottleneck in this sector is the need for viral-vector processing capacity, those large-scale CDMOs will continue their decades of playing an outsized role for the industry.

Taken together, the new non-CDMO entrees and the established guard can combine to provide more and reimagined options for many of you.