Manufacturing In The U.S.: "I Cried When I Saw The Demise" 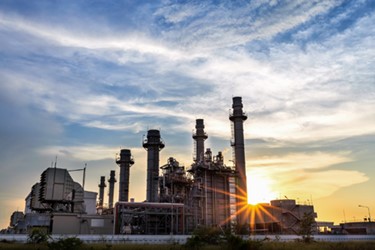 Harry Moser – now in his eighth decade – has an American story to tell:

“I grew up in New Jersey, went to MIT, got a Bachelor's and Master's in engineering, and eventually an MBA at the University of Chicago. I worked in manufacturing my whole 50-some year career, mostly sophisticated machine tools and foundry equipment.

“My father was a senior manager at the Singer Sewing Machine factory, in Elizabeth, NJ, where Singer started. His father was a foreman there. I worked there summers. One day 20 years ago I drove by. The factory was gone. I cried. My family, the city, the state, the country has lost so many jobs, so much wealth to off-shoring.

“When I sold equipment and machine tools, I saw whole U.S. industries just collapse. Once among the best in the world, now hollowed out. Competitors from off shore had lower prices. I thought, ‘This isn't right.’ When I retired in 2010, I founded the Reshoring Initiative to bring it back.”

I give Moser a moment, then say: “You must love President Trump.”

It’s his turn to pause; it’s a long one.

“I’ll say this. I love almost all of his objectives. He has taken on challenges all others ignored. I also often propose he use alternative methods and styles.”

In part one of my discussion with Moser, we zeroed in on drug development and manufacturing outsourcing (and off-shoring). Here we’ll broaden our dialectic. But it is no less relevant to Outsourced Pharma readers.

If we’ve gleaned a single narrative throughout 2019, it’s that our once cozy corner of commerce has been lit be floodlights: The biopharma industry has been pushed front and center in a number of national debates, including healthcare overhaul; drug pricing/generics and biosimilars; drug shortages and quality; patient centricity; international trade, tariffs and supply chains; and political elections.

A Tax Is Not A Tariff

Moser earlier proclaimed that U.S. biopharma companies should be made to manufacture more in the U.S.

He presented us ideas about “evening up” drug prices in all developed countries (i.e., lower the prices in the U.S., raise them, for example, in Japan or Germany).

His three distinct areas of remedial focus are:

I jump on the VAT tax specifically.

“You call it a VAT, Trump a tariff. Why more taxes of any kind as a solution?” I ask.

“I would strongly differentiate between the tariffs President Trump has used, and a value added tax,” Moser responds.

“The tariffs he has used have been non-uniform in terms of product, country, and duration.

“In terms of country, we've been aggressive on China, slapping them with tariffs every other day, so what happens? China makes some product, ships it to Vietnam, and ships it here from Vietnam. I'm sure we are hurting China, but it isn't helping us as much as it would if you had a uniform tariff on all countries on all products to start with.

“In effect, that's what a value added tax is. For most countries, it’s a 15% tax on everything being imported. On everything that's exported, the manufacturer gets a 15% credit. We're the only large economy that doesn't do that.”

“And for any of these tariffs, you don't know if they're going to end tomorrow, in six months, or never. How does a company make decisions on where to build a factory?

“If I were in the president’s shoes, I would get the dollar down, put on a VAT, and spend on the skilled workforce.”

Solutions For The China Challenge?

But are those measures enough to deal specifically with the immediate issues we have with China? None other equals or comes near the challenges coming from this one country.

“First, China is the biggest problem. They represent half of our trade deficit. I think they're 20% of imports, but 50% of trade deficits. They're also the most malevolent, with the IP theft, regulations, and their own subsidies of their companies. So they’re clearly the prime target, and also a serious geopolitical threat. If we let them continue to grow as fast as they have, we're toast. I don't want that to happen.

“But the only reason China is able to do as it does – the reason it has the trillions of dollars to spend on their ‘belt and road initiative,’ a space program, military buildup, infrastructure, 5G – is because we've given them the money. Incredibly, so we can buy cheap Barbie dolls, appliances, and clothing …”

I interrupt Moser to add, “and cheap, less-regulated drugs and ingredients.”

He assents; then finishes his thoughts with the lay of the economic land as we enter the second decade of the two-thousands.

“Today, the US is not competitive,” he says forcefully.

“How do I know? Of our top-ten trading partners – the ones we have the highest sum of imports and exports with – we have trade deficits with nine, except the United Kingdom, which is less competitive than we are.”

“So, let’s put in these remedies I and others are calling for – a lower dollar, a VAT, better skills training. President Trump repeatedly says, ‘We have been stupid to allow the conditions to be as they are, with the huge trade deficit.’ He is correct.”

Looming over those precise but still broad measures for us at Outsourced Pharma is of course this question:

Will the U.S.-based pharma industry remain a part of the problem or pitch in on some of Moser’s or perhaps other solutions?

Just recently, Big Pharma CEOs were signatories to the “Statement on the Purpose of a Corporation.” They’ve committed to lead their companies for the benefit of all stakeholders: “customers, employees, suppliers, communities and shareholders.”

Did they purposely leave one out? Their home countries? Will the biopharma industry in the U.S. in fact play a positive, national role?

If they are willing, CDMOs and CMOs are here ready to help.