Do The Math: "Reshoring" Adds Up For Biopharma Manufacturing 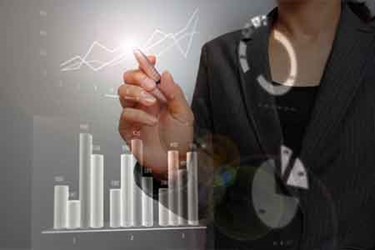 “Our mission is to bring back five million manufacturing jobs. That would balance the goods trade deficit in the U.S.,” says Harry Moser, founder of the Reshoring Initiative, based in Sarasota, Florida.

“That deficit is about $800 billion per year. To make that amount of product here would take about five million people, about a forty-percent increase in US manufacturing.”

Moser is a member of the Industry Week Manufacturing Hall of Fame, named for his “overall contribution to American manufacturing.” Recently, he was appointed to the Investment Advisory Council of the U.S. Department of Commerce.

While he may not be an expert on our drug development and manufacturing outsourcing industry specifically, he has elucidating thoughts to share.

“First,” he says, “no industry’s companies in the U.S. are forced to produce here. They can decide where to locate manufacturing. In that sense, there's nothing unique about U.S.-based bio or pharma organizations.”

But there are exceptional factors.

Before we get to those, though, Moser tells me “outsourcing” is too nebulous a term; we should be more exacting.

“Outsourcing is having another company do your work. Offshoring is producing in another country in an owned factory or via an external partner.”

For our discussion, that’s a central clarification.

Just Do The Math

“For the typical pharmaceutical, the manufacturing costs of the product is a small percentage of what the company sells it for. Is that a fair statement?”

Experience tells us it is.

Considering this “first approximation, there simply aren’t sufficient manufacturing costs involved for a pharma to force them to go offshore for manufacturing.”

“Most of my organization’s effort is to convince companies that under the existing conditions they could reshore fifteen to twenty-five percent of what they now import, and be more profitable doing so.”

To help get to that arithmetic, the Reshore Initiative’s program provides tools such as the Total Cost of Ownership (TCO) estimator.

“We concentrate on bringing some manufacturing back today, by doing the math correctly,” he says.

Moser is not, though, unrealistic. Or too involved to see the situation as it stands.

Even with this “large, standard deviation in the manufacturing cost ratios,” Moser educates businesses on what they can repatriate.

He also urges our government to make the U.S. the obvious choice for more products. The main components would look like this:

Perhaps it’s the adverb “hugely.” But all this has us recalling our current U.S. president, and his focus on bringing manufacturing jobs back to the U.S. In fact, in part two of our discussion with Moser, we will pursue related subjects.

Here, let’s get more of his thoughts on where we live – drug development and manufacturing outsourcing (and offshoring).

Moser lays down a case not entirely unique.

“It’s crazy not to require drug companies, who are allowed to sell product here at a price twice the rest of the developed world, and from where they derive most of their R&D budget and profits, to manufacture in the U.S.”

So first, he says, if drug companies are charging that premium price, they should manufacture here.

But second, we should end that premium pricing.

That is, drug companies should charge the Europeans and Japanese, for example, twenty percent more for drugs, and the U.S. thirty percent less. “We’ll meet somewhere in the middle.”

“I've been advocating that for years,” Moser says forcefully. “If you don't perform that price adjustment, then at the least you ought to make your product and keep the jobs here.”

He then changes gears into a risk orientation: “I was on a teleconference last week,” he tells me. “Someone mentioned the military is concerned. Drugs they need for treating the troops, they have to buy from China.”

“If it is correct that the drug-manufacturing cost, excluding royalties and other factors, is a few percent of the sale price, then the most you could be saving by doing it in China is two percent of retail price.” He continues:

“If your real risks, from quality lapses, from being cut off from China because of trade wars or whatever, are so significant, two percent is meaningless. For the vast majority of considerations, the tradeoffs just don't seem to make any sense.

“These probabilities, the risks, and what is happening in the U.S. should ensure you'd keep the manufacturing here. You can make product specific for China in China. But the U.S. is a big market.” [Most estimates still have the U.S. holding around 40% of the global pharma market, measured by value.]

Where, then, I ask Moser, is the disconnect between this logic and practice? Or, in Moser’s vernacular, who isn’t doing the math correctly?

He replies: “Somebody in the supply chain is tasked with bringing in an extra $100,000 to the bottom line. He or she says, ‘Keep what’s in China there, and move more manufacturing to China because it's still cheaper.”

“Roche, Bayer, the Swiss, the Germans: Do you think they have just as much product made in China as the Americans do?”

As far as I know, they do not. This reply steers him back to cars.

“That’s analogous to the auto industry. In the U.S., almost every year, the car with the highest domestic content is a Toyota.”

My turn for a confirmation: Is he saying there is something within the thinking of our own companies that, shall we say, is fundamentally flawed?

“To me,” Moser sums up, “the simplistic, main blocker is companies are not adding in all the factors and risks, and that goes for pharma and others in the U.S. Second, our country is not taking the steps to level the playing field in terms of cost, or to mitigate our substantial risks.

“Throughout industry in general, if companies do the math correctly, they’ll see about fifteen to twenty-five percent of what is being imported should be produced here, and they'd be more profitable doing it. Twenty percent is $480 billion a year. It's a lot. If we all do the math correctly, we can get there.”