Here's How To Grow With Your CDMO 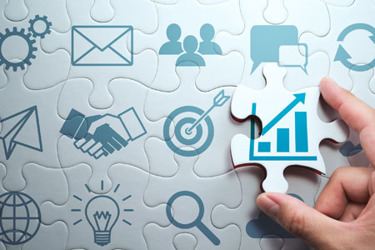 In the early days of biotechnology pioneer Genzyme (acquired by Sanofi in 2011), the company was predominantly focused on building out internal resources. That wasn’t unusual, says Jason Cameron, who in 1996 was hired to help form a supply-chain function at Genzyme’s UK facility.

“We would always have our own capacity first,” recalls Cameron, currently Chief Operating Officer of Orphan Drug Consulting. “Externalizing manufacturing was purely because of capacity, not because of expertise reasons.”

“But when we started looking at cell lines, the idea of outsourcing for the purpose of gaining expertise began.”

Later in Cameron’s career, at Amicus Therapeutics, the focus was now squarely on “true CDMOs – so the development part as well – and really working in partnership with companies.”

Interestingly, these considerations for identifying a cultural fit, and instilling relational concepts, also began “providing biotechs the opportunity – and strategy – to grow as our CDMO partners were growing,” says Cameron.

A prime example of that mutual growth was when Amicus started working with a fledgling service-provider in China, called WuXi.

“Even if you consider yourself an established company, in the grand scheme of things, you are most likely a small percentage of a larger CDMO’s business,” Cameron says.

Thus, it can prove optimal to find the right-fit/right-size CDMO, and build your businesses alongside each other.

However, as readers of smaller organizations know well, CDMO consolidation and the era of Big CDMO matching up with Big Pharma/Bio, has made this a less available opportunity.

“I’ve also worked with one of the larger and ever-growing CDMO’s around today. We were certainly less than 1% of their revenue. How do you get the right relationship with them to get the right development, and the right focus?”

Answering his own question, he says strategies can be put in place here as well.

What follows, then, is a review of both Cameron’s “mutual growth” and “bigger than you” CDMO strategies for successful drug development and manufacturing outsourcing in 2022. We’ll start with the first, and dive into the second in a subsequent editorial.

Fundamentals For All Sizes

But it is in those duplicate efforts and skill sets where frictions arise, “and that's where trust breaks down.”

“As mentioned above, I worked with ‘a little company’ called WuXi Biologics when both of us were getting into that space,” says Cameron.

“They had an ambition to learn, grow, and become a global player; we needed to grow specific expertise around a fairly delicate biologics product.”

The result: The partners created a product that started in pre-clinical and advanced to commercial manufacture.

“We grew together throughout that process. Even added equal financial investments in certain areas,” Cameron adds. “We helped them out on their quality systems; they helped us out on the technical side of things.”

Outsourced Pharma readers recognize, and Cameron confirmed, to build this type of success, there must be a relationship inured by discussions at the CEO-to-CEO level.

But Cameron is also a true believer in paying visits to your CDMOs to gain those day-to-day working relationships.

“This is going to sound silly,” he says, “but when you go into a relationship, it has to be a relationship. It takes efforts on both sides.”

Another point Cameron stresses: “Your contracts sit in the background, and you never want to have to look at them. You want to operate on a nod and a handshake as much as possible.”

The moment you sense otherwise – i.e., an imbalance in the relationship; lack of mutual desire or direction; dissipation of shared goals – it needs to be addressed, because these challenges quickly become if not insurmountable, at the least harmful to your current progress.

How Fast They Grow

Today, of course, nobody thinks of WuXi as limited in scale or scope, or provincially located. Their growth has been quite remarkable.

And that’s also to the point, says Cameron:

“From our perspective, we were one of the first clients working with them and both benefited from that significantly. It was one of those win-win relationships we all love to talk about.”

“No doubt, using external partners to develop drugs is challenging. More often than not, your drug will have a number of challenges, or not be ultimately successful. You have to excel at performing lessons-learned thinking, and quickly adapt.

“Accomplishing that with any external partner is difficult. There are change controls, capacity issues, costs, and relationships need to be managed at the same time.

“This can require so much more effort at a much bigger CDMO where you are potentially not fully aligned for the very reason of size differentiation.”

Although we’ve substantially documented in these pages that right-sized, potentially easier-to-align CDMOs are out there for emerging biopharma, Cameron’s “mutual growth” opportunities are more difficult to replicate nowadays.

If you can use his philosophy of growing with the smaller CDMOs, don’t hesitate to get started.

But if you can’t, how do you build the same foundations with a much bigger CDMO? That’s next.