Erase Generics From Your Vocabulary 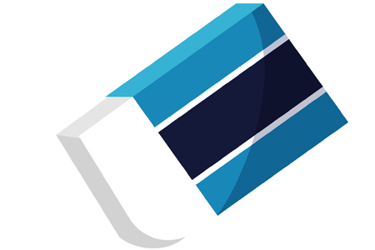 In the summer of 2019, I wrote an editorial titled, What If Our Generics Strategy Has Been All Wrong?. That was quickly followed with another:  Bury The Hatch-Waxman: Generics Were Not The Answer.

The issue in both was our national approach to pricing, prescribing, and particularly pushing generics on the U.S. consumer and patient.

I retract none of those thoughts.

At the same time, we learn. For me, particularly of the efforts of U.S.-based generics manufacturers and CDMOs, competing with offshore competition, to supply safe, reliable, and uninterrupted drugs and medical supplies critical to keeping our healthcare system afloat.

One such company readers were recently introduced to was Cosette Pharmaceuticals, via it’s President & CEO, Apurva Saraf.

Unfortunately, too large a part of Saraf’s career has been with combating those like me with less-than positive (and some misinformed) opinions about “generics.”

But one thing Saraf and I share is an affinity for selecting the right words.

When first introduced to Cosette, I described it as an “innovative specialty generics” organization. Let’s take a look at those three descriptors.

For many generics organizations, innovation is aided by and implemented at CDMOs – or “CMPs,” as Saraf refers to them (contract development and manufacturing partners).

“This is not the same as innovation in pharma,” explains Saraf, referring to the definition assigned assiduously to early and “originating” R&D efforts.

But it is innovation. For example, those improvements and adjustments that provide markets and patients with new and often important non-IP-infringing formulations that would have never become available.

Or innovation demonstrated when a commercial drug not targeting patients with dysphagia because the brand-pharma never addressed it – becomes available when a generics firm does.

The next word in our description of Cosette is “specialty.” In this particular case, it refers to organizations like Cosette that are:

In common to all three: a concentration on specific drug products that are nearly always identified (by the generics companies) as “high-value/low-volume” market opportunities.

Therefore, these companies are not often in competition with the offshore (or in some cases onshore) bulk generics manufacturers of products such as metformin, atorvastatin, lisinopril, etc..

The “specialty” part has two other meanings.

First, as in special because rare. Many smaller generics firms based in the West have ceased operations, and from many perspectives, too few remain. Says Saraf: “Of those that remain in the United States and have a niche like us in topicals or some other areas, it is in that sense a specialty business.”

The final meaning: These products require specialists for development, manufacture, and formulation to obtain FDA and other regulatory approvals for introduction to new markets and patients.

Finally, we move to the word “generics” itself. Here we have a major challenge of expression.

“On our website some weeks from now, you won't see the word ‘generics’ at all,” says Saraf.

He’s convinced the word no longer adequately fits, and in some ways is a mischaracterization of his organization, particularly the business model he summarized in part one.

What gets characterized as “generics,” says Saraf, is “an unloved part of the market for investors and journalists, and other pundits who cover the drug industry.”

Their anticipation of “low margins” turns cynically into “low brow,” he adds. “Let's just face it. In most cases it’s looked down on.”

“However,” he rebuts, “look at the place in our healthcare system for all kinds of generics: some 87% of scripts in the U.S. are filled by the generic product.”

Patients certainly have a different view of the value of generics. And Saraf believes we all should.

And so he’s learned over his career, as we outlined earlier, which started as a financial analyst for the drug industry – it is more accurately reverential to refer to his organization as a “specialty pharma.”

“In my mind, ours is a specialty pharma business," he says. Think of baseball’s World Series, he suggests as an analogy. “It’s only played by teams in the U.S. and Canada. Nobody argues why it's called World Series. It’s positive. So is specialty pharma.”

Yes, how we talk about ourselves directly impacts us and others. I’ve always subscribed to that, and not too long ago even wrote an editorial titled, The Right Words For Optimal Outsourcing.

In fact, “outsourcing” is a term like “generics” in that at times it gets lathered with negative connotations.

And by the way, Cosette has a CDMO business that Saraf is looking to grow. He’ll have his work cut out for him to get the wording right.