Safe At Home With Generics 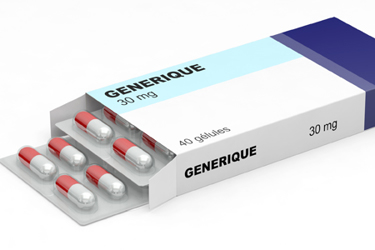 I haven’t written enough on the generic-drug industry in the U.S. When I have, we’ve debated whether generics are in aggregate positive for markets and patients, tackling the subject  from our outsourcing perspective in editorials such as those listed  below.

Saraf held strategic roles at various generics firms before assuming his current position in July 2020, but he started at Wall Street, in positions  at Moody’s Investors Service, then sequentially moved as an equity analyst to Credit Suisse, JPMorgan, and UBS (New York).

At all stops, his focus was the U.S. specialty and generic pharmaceuticals sectors. Education-wise, Saraf holds an MBA in Finance (Baruch College), and Bachelor of Commerce, Economics/Accounting (Bombay University).

And this is where I start our conversation:

“You are the CEO-finance type, not the CEO-scientist or CEO-engineer. Which is appropriate, because outsourcing generics starts with the economics of the activity. From that perspective, what is your strategy?”

“I have not wanted to go to India or China for most of my API needs, and to the extent possible – everything in our power – I do not want to go there for formulations either,” is part of his initial, and surprising, reply.

One reason for this sentiment:

Years ago, Saraf worked for the Indian CDMO Ranbaxy. “By the time I arrived there, it had fully blown up,” he says. (For readers not familiar with the Ranbaxy saga, see: Ranbaxy Revisited: Why We Need To Look Back.) That sad story includes the Japanese big pharma, Daiichi Sankyo, which we’ll subsequently see also factors into Saraf’s current thinking.

“I've gone into our new business and outsourcing with eyes wide open. We need approvals that are going to come through.”

Cosette is a specialty-generic pharmaceuticals company with capabilities in product development, manufacturing, and commercial operations. It specializes  in dermatology/allergy, with dosage forms in creams, ointments, lotions, solutions, gels, pastes and suppositories.

The company was formed when in December 2018, private-equity firm Avista Capital Partners purchased the topicals and dermatology portfolio of G&W Laboratories, a drug company with an over-100-year history, and formed Cosette (headquartered in South Plainfield, New Jersey).

Saraf stepped into the CEO role and immediately negotiated and executed an acquisition of eight new branded products, from Daiichi Sankyo.

“We have a bolus of product offerings made in-house, in one of our two plants in New Jersey and North Carolina,” explains Saraf. “A growing portion of our in-market portfolio will be manufactured at what I call contract manufacturing partners – CMPs. That’s my term, because I don't have a business if there's no ‘P”; an O” [“organization” in CMO] doesn’t work for me. I need real partners.”

The acquired Daiichi Sankyo products are oral solids but for one oral liquid. “So we bought eight products: four are already at a CMP and will stay there, and four in-house at DS we’ll outsource as well.” The service providers will be in the US, Europe and Japan.

Additionally, Cosette recently acquired and launched an injectable to add to its pipeline of licensed injectables, outsourced to a CMP in India selected previous to the acquisition.

All these assets now add up to a new business model, says Saraf. “I have pivoted the business away from making only what we can make, to selling everything we can sell.”

He adds: “And that's topical for our outsourcing discussion. A company of our size and nature can step out of the shadow with a strategy that says, “I don't need to be limited. If I can sell it and benefit the market and patients, it doesn't matter who makes it.”

To a degree: there’s his Ranbaxy and other experiences that won’t cease to inform his supply-chain partner selections.

For example, he mentions a project he managed at a “very nice facility in Germany” in the late 2000s. “Pfizer owned it for decades, and sold it to a CMO. But we couldn't even get through their first two PAIs,” Saraf says.

The point being: he’ll rely on outsourcing partners to implement his new business strategy – but select them very carefully.

“There have been so many companies with API problems in the last 10 years. Why would I want to take that chance?” he says.

“My thesis is if I can pay 10% more, and stay in the U.S., and yes in Europe, I'm closer geographically. I'm also closer geopolitically, because bad things can happen. Bad COVID in India, or situations like Ukraine and Russia.

“I have better control of my destiny by being here, although paying a premium on an ongoing basis. Therefore, a selection criterion for all future projects is for the CMP to be based here in the U.S., and some in Europe.”

A second criterion Saraf has for an outsourcing partner selection: The perfect size.

He recalls days past when there were more “adequately sized” CMPs. Service providers who weren’t too big nor too small.

“I don't think I can win when they are big, and I’m a small customer,” he says. “Who really cares about me there?”

“On the other hand, if I'm too big, and it's a small shop – let’s say one that is wobbly and without the right funding – they may not survive. I don't want to put my eggs in their basket, either.”

That “middle of the road” partner, more elusive today than in the past, “will have the resources, the quality systems, the customer service, but not be so big they don't care.”

Where have we heard this mindset before? Sounds a lot like some of the other drug development and manufacturing outsourcing strategies we’ve been reporting on.

We’ll hear more about that in part two.

USP Targets Advanced Manufacturing For U.S.-Made Generics
Bury The Hatch-Waxman: Generics Were Not The Answer
Here’s An Idea: Let’s Build A High-Potency Generics Facility
What If Our Generics Strategy Has Been All Wrong?