Do You Understand The Motives of Your Advisors? 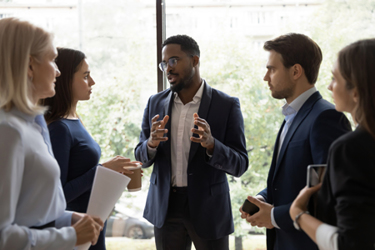 Over two previous editorials, James Mackay, Aristea Therapeutics CEO, and experienced independent board member to emerging biopharma organizations, has explained his role as an advisor to CEOs and member of governing boards, most particularly as it relates to the outsourcing function.

According to Mackay, the “independent” in independent board member refers most specifically to the fact these individuals should have “no or extremely limited vested financial interest in the organization.”

So a final question for Mackay before wrapping up this treatise:

What’s in it for him?

It’s not like he isn’t busy enough as CEO of his own drug-developing organization.

His answer is instructive to our readers; it catalyzes thoughts on how you receive potentially invaluable advice from a trusted executive-level mentor, advisor, and additive governing voice – and not only regarding outsourcing.

There are a number of reasons for Mackay’s seeking out or accepting invitations to join start-up biopharma governing boards as an independent advisor.

The first is simplest: “The science behind the formation of these companies is really interesting,” he says.

“Third, this provides professionals like me with the opportunity to impart your expertise and experience, and watch how that information might be utilized to drive success in another company.”

“After 30 years in the pharmaceutical industry, I've seen most things,” he explains. “Not that I have all the answers, but there's rarely a situation that a CEO puts in front of me I haven't experienced myself and had to handle.

Mackay makes clear his role is to provide options and guidance around “what to explore, and what to think about in trying to address strategy and specific challenges.”

At times his guidance includes helping a CEO navigate the dynamics of the board itself.

“Some boards are more complex to work in then others,” says Mackay, who adds a mirthful aside:

“And frankly, I enjoy this role because I don’t have to spend a lot of time preparing for the discussions.

“It's all about utilizing your expertise as assistance to the biopharma CEO in addressing their needs.”

Although not a board member, Mackay cites the example of a CEO he advises at DTx Pharma, Artie T. Suckow.

Mackay was introduced to Suckow some four years ago, when Suckow rose through CONNECT-San Diego, an innovation accelerator of which Mackay currently serves as board chair.

“The CEO of CONNECT said I should come to meet Artie. ‘I think the two of you are going to really hit it off,’ he said. We did.”

“Over the years, I've acted as a sounding board the same way as I would as an independent board member, but just not part of the board,” explains Mackay. “I think it's been helpful for him not to have me on the board.”

“He’s been able to talk to me about the board dynamics, as well as a variety of other things. And it has been a success story at DTx Pharma. In four years, Artie went from an entrepreneur program to a month or so ago when he went out and raised $100 million in a series B funding. Wow.

“After he raised the money, he called to tell me I’d played a pivotal role in convincing him he could get the company to where we've got it now.

For any CEO of any emerging biopharma, outsourcing drug development and manufacturing is a formidable set of tasks to accomplish successfully.

Fortunately, the path has been greatly facilitated the past decades by, among other factors:

However, regarding the final thought in that last bullet, don’t start referring to your organization as “virtual.”

It’s a final piece of advice we’ll squeeze out of Mackay.

“Virtual is not quite the right term we should be using,” he says. “It implies people are not working together, and that's not the case.

“The model is actually a core development team working closely with consultants and service providers.”

And if you’re fortunate, that will include an experienced and independent advisor as well.

An Independent Board Member Advises Emerging Biopharma On Outsourcing

How Involved Should Biopharma CEOs Be In Outsourcing Activities?