An Independent Board Member Advises Emerging Biopharma On Outsourcing 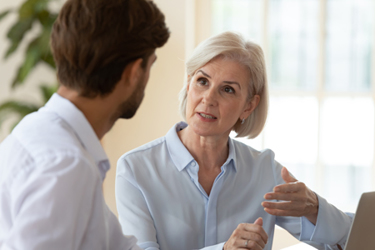 What exactly is an independent board member?

Mackay keeps it simple: A board member with no (or limited) vested financial interest in the company they’ve been asked to guide.

As we’ll see, that guidance is imparted directly to the CEO of the biopharma, and via participation in the overall board of directors (or other advisory board).

In a three-part editorial, Mackay will reveal: 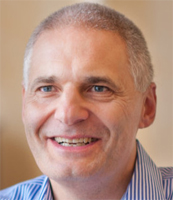 Some form of prior relationship with the founders/CEO, perhaps via a network introduction, are the usual routes by which an experienced drug developer is asked to join an emerging biopharma’s guidance structure.

Once brought in as an advisor – although every company and situation is different – Mackay knows where to start out making a positive impact.

“The first thing I drive at,” he says, “is a more fundamental discussion at the executive and board level about exactly what we want this organization to be:

“An end-to-end r&d organization with some element of capability internally for all the disciplines? Or operate as a core group of drug developers who define strategy, but work with subject matter experts, consultants, CROs and CDMOs?”

Hashing this out “sets the tone” for how a start-up generates an overall strategic (and financial) framework, and an applied operational method to achieve its goals.

If outsourcing is a major component of the emerging organization, Mackay says all board members then have “a fiduciary duty to ensure the proceeds within the company are being utilized in the right way to progress the agreed upon plan.”

In other words, the whole organization needs to understand how an outsourcing model can drive decisions about infrastructure needs, flexible expenditure overview and fund-raising needs, and who to hire (or not hire) to oversee the process from development through clinical and commercial.

Regarding the hiring aspect, Mackay uses Aristea as an example:

“When we hire a new professional, we are certain we have a need to bring them onboard. And we know they must operate within our totally outsourced model. One of the most important items is understanding the philosophy of these candidates regarding outsourcing.

“Some may feel they're there to double-check what a CRO or CDMO does, and to police them. Others feel they are there to develop a relationship with the CDMO as an extension of our core team.

“In our case, the latter is who we are looking for.”

That philosophy, though, may differ at the companies Mackay serves as an independent director.

“Neither is right or wrong,” he says. “And that is a key point.”

“The role of the independent advisor is never to make the decision for the CEO. It’s to offer experience and knowledge, and always let the company make its own decision.”

Do They Understand The Advice?

Outsourced Pharma readers are cognizant of the benefits of outsourcing drug development and manufacturing, and equally aware of some of the drawbacks.

Do the CEOs Mackay mentors with his light touch, for example, understand the mentality of the CDMO as “extension of our company?”

“That can depend on where they've come from,” he replies.

“Those coming directly out of academia tend to be more inclined to the feeling of ‘Let’s do it ourselves, in our lab,’ because that's how they've been trained.

“On the other hand, new CEOs who have come up through industry, and seen or experienced the various outsourcing models, are much more open to partnerships.”

Both of these CEO types, though, are usually open to the creativity of the hybrid model of both internal and external capabilities and capacities. (see here for more)

“The microbiome company I work with – MatriSys Bioscience – outsources all its microbiome work, but we also maintain a lab where we do development work on the formulations,” explains Mackay.

“These formulations are done in collaboration with the Gallo Lab at UC San Diego,  where the technology and IP came from. That information is then used to help the CDMO to produce the product at the end of the day.

“So it's not a one size fits all decision when it comes to outsourcing. And the independent board member is most effective with that attitude.”

Mackay does add, though:

“In general, most CEOs recognize outsourcing is the way to go nowadays. And that means you have to work hard to get the right partners for each organization.”

Another area independent board members can bring guidance.

Because of their industry experience, independent board members are often able to provide introductions to service providers they've worked with in the past.

But Mackay serves up a caution here as well.

“If another board member says they had an excellent experience with that partner, it’s perfectly okay.”

Most importantly – and what ends up driving the final decision for selecting a CDMO – Mackay encourages CEOs to clearly set out the way they want to work with prospective partners.

“I do initiate that talk about teams being extensions of each other, and the need for real transparency across the two organizations,” he says.

“I stress the need for early communication of issues. CDMOs are often times not trained to do that; they try and solve the problem before the customer finds out about it. In my mind that’s not the right way. I'd rather know there’s a problem and work together on it.

“Likewise, I encourage the CDMO to say so if they think we're doing the wrong thing – or simply not listening. And if necessary, escalate up the chain of command for resolution. Escalation can be a positive behavior.

“Overall, if you can create that openness and trusting environment, when an issue arises, it is easier to deal with.”

Mackay adds: “I mean, give me a drug project where something didn’t go wrong, right?”

And when those challenges do arise, the independent board member is an important voice to turn to.

We’ll continue this discussion with Mackay in our next installment, when we focus more on the CEO and independent board member relationship