"China Rx" Looking For The Truth In Biopharma Outsourcing 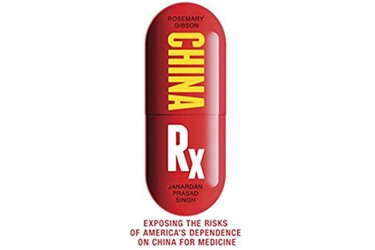 There’s no way around it: This new book is brutal. “China Rx: Exposing the Risks of America's Dependence on China for Medicine” sticks a fact-based finger of accusation in the face of U.S drug companies for dangerous over-outsourcing to China.

Dangerous because drug companies have become reliant on China to the detriment of patient safety, and have ceded much control of U.S. drug supply chains to Chinese contract manufacturing organizations (CMOs), and potentially an adversarial government across the Pacific.

So says author Rosemary Gibson, whose first book in 2003 launched a national campaign to improve the safety of America's health care. Among other accomplishments, she is a recipient of the Lifetime Achievement Award from the American Academy of Hospice and Palliative Medicine, and the 2014 winner of the highest honor from the American Medical Writers Association. She is currently senior advisor at The Hastings Center. 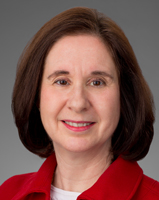 Gibson gathers a variety of sources, and as much data as she can from the public domain – no easy task since the lack of transparency in drug development and manufacturing outsourcing is part of the problem.

In fact, Gibson quotes from an editorial I wrote here in Outsourced Pharma on this subject of transparency, “Biopharma Outsourcing Shall Be Revealed”:

“Pharmaceutical and biotechnology (biopharma) outsourcing is an unknown quantity to the global healthcare consumer. This will change and the biopharma industry ought to get in front of it.”

Gibson describes my suggestion, as she puts it, “to convince Americans that their dependence on Chinese-made drugs isn’t such a bad idea and is even beneficial,” as “gobbledygook.”

Is it? Are we dangerously reliant on China, and is this outsourcing without the good of U.S. patients in mind?

Just after the release of “China Rx,” Gibson reached out to me to explain her mission. On the phone, she is obviously flummoxed and authentically troubled: “Why has it taken a relative outsider like me to bring this all to light? Where is the outrage – where is the application of principles from our pharmaceutical companies, and our government?” she asks.

Gibson is convinced – and convincing – that the hyper-outsourcing of our drug development and manufacturing to China usurps U.S. jobs and technologies, at times literally kills our citizens, all while potentially threatening our overall national security.

There’s a lot to unpack there. But let’s start simply, if you will, with some generics:

The last plant manufacturing aspirin in the U.S. closed in 2002. In Europe, the last plant manufacturing acetaminophen (paracetamol) – contained in 600 over-the-counter medications –shut down in 2008. Because of the lack of transparency mentioned above, we aren’t sure where these every-day drugs in your medicine cabinet are produced – but the best evidence we have suggests the vast majority comes from China.

We do know that birth control pills, HIV/Aids drugs, drugs for bipolar disorder and schizophrenia, more and more cancer drugs, your high blood pressure medicines, antibiotics – all are made in China, sourced with Chinese ingredients.

Some industry sources estimate 80% of the active ingredients in all our medicines come from China and India. But Gibson makes an interesting point here: Even Indian companies, themselves a supply-chain concern to many in the U.S., rely heavily on raw materials from … China.

A final data point Gibson uses, quoting the CEO of a drug manufacturer: “More than half of the four thousand or so active ingredients needed to make a pharmacy depend on China.”

Suffice to say, our China dependency is well established. This despite, as Gibson documents, Big Pharma doing all it can to obfuscate the origin of its API and other drug product ingredients.

Still, is this utilizing of China for materials and manufacturing an actual danger to us? And is our biopharma industry willingly taking on additional risks to patients?

Gibson thinks she knows the answers. She has set out to tell the general public.

What’s All The Fuss About China?

There are two subsections here directly related to drug development and manufacturing outsourcing:

We’ll tackle the second bullet point in a subsequent editorial. Regarding the first, let’s begin by considering the role of the FDA – our supposed bulwark for upholding manufacturing standards for our drugs.

The agency today remains able to inspect only a small percentage of CMO facilities in China; for those it does, inspections are too infrequent. According to Gibson, more than a few Chinese CMOs providing drug product or substance to U.S. pharma companies – who then had them distributed to U.S. hospitals and patients, drugstores and consumers – were never inspected. So much for our first line of defense.

Plenty has been written on the deaths and suffering this tainted drug caused throughout the U.S. in 2008. I raise it again because it also demonstrates clearly the risks to overall drug supply chains that rely on China.

Gibson writes: “China controlled half of the world’s supply of the active ingredient for heparin. FDA officials admitted during congressional testimony that they didn’t ban all Chinese-made heparin because of fear of a shortage.”

In other words, the FDA admitted that additional lethal heparin ingredients could enter the U.S. at the time of this crisis, but that was a risk the agency had to balance with an even greater one: A full-blown shortage if they banned the import of the drug while trying to get a handle on the situation.

But do not draw the wrong conclusions here. The FDA’s dilemma is a symptom, not the cause, of a world gone wrong. It is the drug industry that put the agency in this position in the first place.

Of that earlier time period, Gibson writes: “Remarkably, companies in the United States were offshoring the manufacturing of a product that can make the difference between life and death from a nation with the highest standards in the world to a place with basically no standards.”

And what of today? We outsource more to China than ever before. Is this concentration of our drug supply chain in one foreign country – be it China or another – safe for U.S. patients? Is this a mischaracterization? Pharma needs to let us know more about outsourcing practices.

How Can I Get The Word Out?

Gibson points out that in 2012, FDASIA, an act Outsourced Pharma readers are surely familiar with, required all drug product manufacturers to register with the FDA every year. At least on paper, today all manufacturers in the world should be inspected as often as U.S.-based manufacturers.

Nonetheless, Gibson is searching for more openness from U.S. drug sponsors as to exactly what drugs and ingredients are being manufactured where. She wants us to have the conversation.

Before we end our call, she asks: “How can I get the word out?”

But as I stated in the editorial Gibson quoted in “China Rx,” the question for Outsourced Pharma readers is the other way around:

How will the U.S. drug industry get the word out about why there is so much outsourcing to China?

I agree outsourcing practices should be questioned by U.S. citizens. Partly because I still believe our biopharma companies will have valid answers … not gobbledygook.

More on this discussion spurred by Rosemary Gibson’s “China Rx: Exposing the Risks of America's Dependence on China for Medicine,” in coming weeks. Next up, the political side: “The Role of President Trump in Drug Outsourcing And China.”