But Where In The U.S.? Puerto Rico In The Reshoring Race 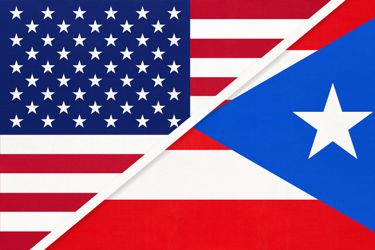 Whichever, people are refocused on drug development and manufacture in the United States.

But the “U.S.” is a big territory. Where within makes the most dollars and sense for locating operations – Massachusetts, California, New Jersey, Texas?

One U.S. location where drug manufacturing has traditionally flourished is Puerto Rico.

If you just experienced a reflexive rejoinder – perhaps thoughts of hurricanes or power outages – sit tight. I promise a substantial undertaking of those concerns.

Prior to his current role, Rivera-Marín served as the island’s Secretary of State, and in coordination with the U.S. Department of State, was the official representative of the territory of Puerto Rico in all international and consular affairs. He remains an active business and governmental figure and advisor.

He also happens to be the assemblyman for New Jersey’s 40th district. He reminded me that unlike the 50 states, Puerto Rico is represented by the U.S. Congress collectively. Along with leadership from Florida Senator Marco Rubio among others, the U.S. government supports the pharma industry on the Island.

“Puerto Rico has suffered over the past few years; everyone knows that,” declares DePhillips.

“But now there's global instability – including instability on the mainland of the United States. That takes away an argument specifically against regrowth of the industry in Puerto Rico.

DePhillips adds: “What’s happening globally is complex. There's a backlash against China. Congress is looking at different legislation to bring drug manufacturers back to the United States.

“For Puerto Rico, though, drug manufacturers never really left. So if the question is what are appropriate locations domestically, Puerto Rico is well positioned.”

The last many of us heard about Puerto Rico was Hurricane Maria, months-long power outages, and government ineptitude.

Why would the industry prioritize the Island today?

“First, I'm highly concerned with the disruption to supply chains because of the power interruption caused by what was probably the most devastating storm in U.S. history,” says Rivera-Marín.

“Energy is certainly a challenge, in terms of reliability of service, but also efficiency and cost. We need to continue to address this in order to attract investment.

“We have received full economic and technical support from the federal government, including the engagement of (then) Department of Energy Secretary Rick Perry, and energy experts throughout the government.

“We rethought and redesigned our energy grid, precisely to guarantee continuity of services, and withstand imminent potential disasters.

“We are working with the White House Special Representative for Puerto Rico's Disaster Recovery, Rear Admiral Peter Brown, to ensure we are ready on all fronts. Our new energy infrastructure is built for resiliency, utilizing micro-grids. Our focus is on our manufacturing and aerospace clusters, such as in the city of Aguadilla.

“And when you look at the definition of ‘resilience’ as applied to people, it's about adapting and jumping back into action. We’ve done that.”

Rivera-Marín adds that the Island’s public utility company has now selected private operators for the transmission and distribution of its energy.

Investments and innovation are being removed from “a lazy government monopoly that, because of years of lack of maintenance, put Puerto Rico in the position of facing the longest blackout in U.S. history.”

“We have turned this around,” says Rivera-Marín. “We are building the most efficient and resilient energy grid in the nation, by implementing the latest technology and science, as advised by the DOE’s National Renewable Energy Labs, and other national energy labs."

As I wrote in these pages early in the Wuhan-coronavirus outbreak, perhaps the most serious supply-chain challenges we face are to transportation – not manufacturing – disruption.

Rivera-Marín says transportation is a solid asset for Puerto Rico.

In 2017, President Trump and the U.S. Department of Transportation waived the Jones Act.

These and other actions, says Rivera-Marín, “have created greater freedom of navigation for one of the few free-trade-zone airports in the U.S.”

“We will be a ‘powerhouse’ in terms of a logistic hub,” he adds.

“Our infrastructure is better than many states. We have plus-100% coverage by wireless, in terms of broadband. Companies are testing autonomous driving systems here because we have one of the most powerful 5G coverages in the nation.

“I believe we have all the ingredients to overcome those weaknesses your readers might have had in mind.”

Quality Of Product … And Life

Puerto Rico, he says, has one of the lowest average-wage rates in the nation. (According to the Bureau of Labor standards, the U.S. average is $1,027; Puerto Rico’s is $524.)

“It means we are competitive, but also we need to improve the quality of life and close the poverty gap. That's the American dream. The U.S. administration has the chance to help us fix inequities, and pharma investors can help by again recognizing Puerto Rico's opportunities.

“And the way pharma outsourcing works, Puerto Rico can easily partner with manufacturing plants and locations in other parts of the country – New Jersey and Florida, for example.

“If manufacturing is going to return to the United States, Puerto Rico is a good place to be.”

Editor’s Note: Readers who’d like more perspective on the recent history of Puerto Rico and the pharma manufacturing industry might like to read an editorial I wrote back in 2014: Puerto Rico Back On The Map Of Pharmaceutical Locations.