A View Of Biopharma From Pfizer's Building 41 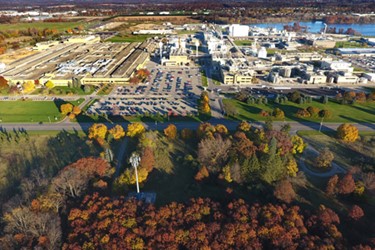 This is the story of a man and a building, and their tracing of decades at Pfizer and the biopharma industry.

For 70 years, massive Building 41 has stood – indeed has led – the march of time in drug development and product manufacturing at the center of Pfizer’s sprawling campus in Kalamazoo, Michigan.

Bob Betzig, Site Leader at Kalamazoo for Pfizer Global Supply, has been an eyewitness to 35 years of that history. But some things do come to an end.

“Products first started rolling out of Building 41 in 1948,” Betzig says with evident pride. “So we consider this the 70th anniversary of the facility. I’ve now been here half as long as the building. If that’s not a sign it’s my time to go, I don’t know what is.”

Betzig and I spoke just prior to his retirement (officially March 24th) about what he’s experienced over the years through the lens of Building 41, where he thinks the industry stands now, and where it’s heading. Particularly for our readers, he also traces the progressions of biopharma outsourcing.

(click here for a timeline of highlights on the Kalamazoo campus) 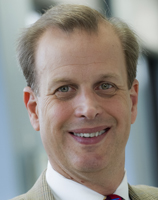 Betzig first stepped foot on the expansive Kalamazoo development and manufacturing campus right out of his university campus, in 1983. He was hired as a microbiologist for the site, which at that time was owned and operated by Upjohn.

“The department wasn’t called ‘quality’ back then,” he recalls. “It was called the ‘control division.’ So I guessed we were going to control the company! But our motto was ‘Keep the quality up,’ so in my mind it was the quality division.”

And it is an aspect of quality – validation – that profoundly influenced Betzig’s outlook on development and manufacturing throughout his career.

When he entered the industry, the only processes that nowadays we’d deem “validated” were associated with sterility – specifically sterile injectables, a capability that the Kalamazoo site to this day is known for.

“I remember starting a sterilization validation for a product at our site, and just assuming everybody in the industry did it pretty much the same way,” he tells me. “Then one day the company told everyone: ‘Okay, the agencies are now requiring us to do validation, and here’s the direction we’re going to go.’ It was a long time ago, but I can still remember the presenter pulling up the definition of validation out of a Webster’s dictionary and writing it on the board for everyone to see.

“I’m thinking, ‘Nobody else does this? How do they know they’re going to get repeatable processes?’ I remember changing my understanding about biopharma from everyone operated the same way to we should never assume that is the case.”

The second change leaving an early impression on Betzig – and one that to this day drives our industry – is the advancement of automation.

“I think we had 6,000 people here,” Betzig begins. “We have 2,400 today. Over the years this has been an extraordinary successful site in regards to volumes, products, productivity, and technologies. A major difference has been automation. Back then, there were conveyors taking bottles from one place to another, but there was no automated inspection; there would have been somebody actually sitting in front of lines. With solid orals production, somebody sat in front of a machine that counted tablets going into the vials, watching to make sure everything came out okay.

“Time has changed tremendously,” he sums up here. “We’ve moved from probably one-hundred-percent manual, visual inspection for injectable vials, to about 85 percent automated. And that last 15 percent are brand new or unique products that we haven’t been able to convert yet. This progress in terms of automation capability will continue, I’m sure.”

Let’s turn now to outsourcing. I ask Betzig when and how the concept started to influence or impact what he did, Building 41, and the entire industry.

He starts by reminding me Building 41 has “a million square feet under one roof, just in the production areas, warehouse, labs and offices ... that’s a really large building.” He adds for perspective that Building 41 is among some 124 separate buildings on the site. “When you consider just large production buildings, we have about 15, 16 of them.”

Those buildings and processes are vertically integrated, says Betzig. For example, to manufacture steroids and hormones, the fermentation plant first converts the raw material soy sterols into steroid and hormone intermediates. Those intermediates are transported to the site’s organic synthesis plant to complete the API process. Some of those APIs then go to Building 41 to be used in the manufacture of sterile injectables. The site produces compounds for Pfizer’s own products and for customers of Pfizer CentreOne, Pfizer’s contract manufacturing business. Two-thirds of the APIs produced at the site are for contract partners and customers.

“We ship to markets around the world, and my first association with outsourcing – sourcing from us to other companies – was on the API side. We’ve now been doing that for some 40 years, adding custom API synthesis and sterile injectables contract manufacturing along the way.”

He continues: “After three years in the ‘control division,’ I was loaned out to manufacturing’s total quality management group and introduced the concept of ‘zero defects.’ I started training people in utilizing Six Sigma in their processes around 1990.” During that time, Betzig was brought in as a consultant for the outsourcing business. He took his team through a review of the business model, and implemented changes to strengthen it. “I got exposed to outsourcing from the business side,” says Betzig. “It was a strong influence on me.”

Fast forward to 2003, when Pfizer acquired the site (from Pharmacia, created when Pharmacia & Upjohn merged with Monsanto and Searle).  Betzig became the supply chain lead for the entire campus, which included API and drug product.

“Even though we had two capabilities on one site,” says Betzig, “Pfizer believed in the concept of a one-site leadership team – we still do. I became more involved with Pfizer CentreSource, the precursor to today’s Pfizer CentreOne. So for some 40 years, we’ve been supporting third-party partners.”

A continuing string of acquisitions and unit spinouts helped Pfizer become comfortable with the give-and-take of the external supply chain, and what we mostly call outsourcing today.

“For example, we’d sell a product line to J&J, and with a trailing supply agreement, were essentially providers to them for a period of time,” explains Betzig. "We sold Motrin and Rogaine to them – two big, innovative products here at one time. Acquisitions typically brought some overlap, and we had to divest some products. This site has manufactured three different lines of consumer products. When you go through that series of acquisitions and divestitures, with that portfolio of products, you end up manufacturing your former compounds for their new owners for quite a long time.”

Other biopharma organizations have had similar experiences, and collectively these have brought a global industry of fierce competitors into a symbiosis of supply partnerships: Outsourcing as a natural phenomenon of doing business. And subsequently leading to a consciously formed biopharma industry full of CDMOs and CMOs, dedicated to the very big and the very smallest of drug developers and sponsors.

“It just sort of accumulates over time,” says Betzig. “It’s an intricate web that’s created. We tend to be doing business with a little bit of everybody – really big and small. I think we are a very good supplier and manufacturing partner, as well as a successful pharmaceutical company.”

Next up: Pfizer’s Betzig describes today’s and future drivers of technology and budgets for development and manufacturing in the biopharma industry.