You Can Do Everything Right, But Still Get Burned By Outsourcing 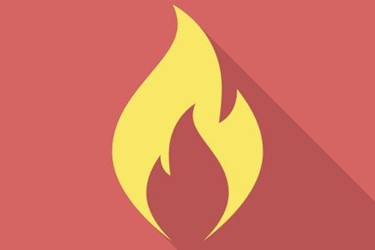 This is a narrative of how a virtual biotech did everything in its power to execute on an outsourcing strategy, but still suffered a critical setback at its service provider.

Two points need to be made up front before we hear firsthand from Aequor, Inc.’s CEO, Marilyn Bruno. First, Aequor has recovered from the setback you’ll soon learn of, and the company is doing well. Second, this is not a tale told to ward off U.S. companies from outsourcing to India (or any other overseas locations), but it certainly is a warning about outsourcing risk in general, and the risk geography can present in particular. 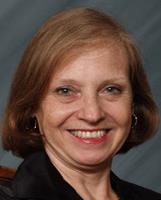 Aequor, a San Diego-based virtual company founded in 2006, focuses on developing small molecules that prevent bacteria and fungi to form biofilm, which is a cause of contamination and infection. The company has received wide recognition, and vital financial grants from the USDA, DOE, NIH and DOD, and this year a NASA Space Flight Center started testing several Aequor molecules onboard the International Space Station.

Aequor research and development on molecules funded by U.S. agencies requires work be completed in the U.S. The company also has a subsidiary in Europe, and when applying for EU grants, that work is promised to European service providers. For all other R&D, Aequor – like any other drug developer – is free to operate around the world. And as we’ll come to understand, at times it really has no choice but to do so.

According to CEO Bruno, in 2016 a service provider in India was highly recommended to Aequor for a specific project it was looking to outsource. “At first,” she recalls, “we thought no, we don't want to work on this overseas, particularly because all our patents hadn’t been published yet. But the recommendations – some firsthand from a well known Big Pharma  – finally convinced us this was the best location, and last year in April we started a relationship with that Indian CDMO. The fact is, that CDMO is highly regarded to this day.”

The deadline for the deliverables – set by the CDMO – was for September (four months from project start), but was missed. The delay kept extending. “In the meantime, we were forced to hire our own chemists to oversee their work,” says Bruno.

“And then came the fire in December.”

According to Bruno, a fire caused the destruction of the entire building where Aequor’s work was being conducted, “from all the precursor chemicals … to the entire work product.” The CDMO informed Aequor it was “an act of God,” and said they were not liable for the loss. “I had to acquire the police report to see that in fact one of their workers had left an uncovered bottle in a hood that had exploded,” explains Bruno. “That was negligence.”

Despite informing the CDMO that its negligence was costing Aequor “a great deal of damage and lost opportunity,” and Aequor’s verifying that the CMO had insurance, to this day the company is still trying to at least get reimbursed. “Unfortunately, as a tiny company relying on grants that don’t pay for operating capital, we just cannot afford to start litigating in India.”

And so on behalf of anyone looking to outsource – and particularly small organizations – Bruno wants to point out just how critical geography can be. “Where we thought we would be saving money by working with this company, and gaining their rare capabilities, this has not been the case. We paid them all the money that we had earmarked for this work. We now have backup plans – A, B, and C – and learned that outsourcing can come fraught with risk.”

She sums up: “While a year ago we were ahead of schedule on these very important programs we won from the NIH and the DOD, and could have tolerated delay of a month or two, we fell way behind in the game.”

At the beginning of this article I wrote that Aequor did “everything in its power” to execute on its outsourcing strategy. Some might challenge that. Aequor did not fly to India to physically inspect the CDMO, for one thing. And of course, the company could have gone with its original thoughts that India was indeed too far removed from them, and wasn’t a good fit. And while in hindsight those may be valid assertions, there are also undeniable realities that render them just that – hindsight.

First, let’s look at the due diligence aspect. “We adhere to a policy of finding most of our partners through strong referrals,” says Bruno. “We get clear and serious endorsements from who we consider respected advisors, and they provide a history with the service provider that we could not otherwise ascertain. So networking is critical to us in finding the right group to work with. As a small company, we can only aspire to due diligence processes you might find at Big Pharma, to having the financial and human resources for flying around checking everybody out.”

Bruno continues: “Is there a risk? Yes, but again this was a well regarded CDMO, working for Big Pharma and many others for years … and yet they failed us, and failed to act in good faith ... So I guess you never know.”

What all cutting-edge drug developers do know is that at times during a company’s growth, the choice for service providers can be few, and as they say, far between. Like India and the U.S.

“We need to contract the best advisors and specialists in our fields,” says Bruno. “The chemist who referred us particularly to a specialist chemist at the CDMO had the experience of working with his company for five years – and his company spent over $20 million dollars with an excellent track record. But when you're a small company any risk is magnified, including the risk of geography. You don't have the financial cushion or the human resources.”

Or, we might add, small companies an ocean away don’t have the clout to have righted a project and relationship gone terribly wrong.

Nonetheless, Bruno understands what needs to be done to advance Aequor and its pipeline. “Honestly, even today I can say we don’t feel constrained by geography, in the sense that we have to rely on experts for everything we do,” she says. “If it’s the right expert, we want to work with them wherever they are. Our class of small molecules is not one with which many traditional CDMOs are familiar. We can’t pay or wait while we educate CDMOs on how to synthesize molecules. So we've looked for companies globally that have specific experience. But,” she adds quickly, “we now do it with backup plans A, B and C.”

Marilyn Bruno, CEO, Aequor, Inc., was a speaker at Outsourced Pharma San Francisco 2017. Our thank you to her for sharing this cautionary tale with our conference, and now all our readers.

Join us at a 2018 Outsourced Pharma. Feel free to contact me directly with your interest or questions.