What Orphan Drug Developers And CDMOs Expect From Each Other 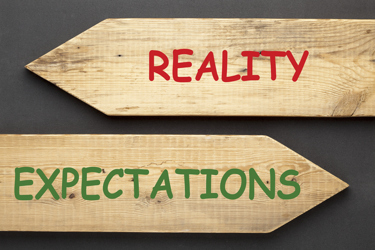 Although broad in target and modality – FDA lists just under 6,000 designations – the orphan drug “industry” presents specific challenges for outsourcing development and manufacturing.

To serve as reliable supply-chain partners, the best CDMOs must recognize and respond to both the common and unique needs of these specialized drug developers.

The first of these, we might say, is the very nature of the category beast: low volumes of high-value product.

“Low volume itself means there are certain CDMOs you should work with,” says Orphan Drug Consulting founder, Evelyn Kelly. “Those that understand the flexibility in production scheduling you’ll need.”

“But the high-value piece doesn't indicate you should pay higher costs at those CDMOs.”

Having said that, Kelly quickly cautions you may have to pay “some type of premium in the form of a minimum or per annum cost, or volume-per-production-run scheduled, for example”

“However, even with this,” she continues, “ensure the calculation is reasonable by understanding the fixed costs the CDMOs even with small production-run volumes.”

She says ask what’s included in those fixed costs, e.g., QC testing, QP-release services, and account management services. With these considerations taken into account, you’ll have a clearer picture of whether you are paying a suitable price or not.

On the flip side of the cost-coin, “cheaper” can become an ingrained reflex when deciding with whom to work when it comes to outsourcing partners – perhaps particularly with orphan drug development.

But even with strictly limited budgets during development stages, “the cheapest option is rarely the best option for orphan drugs.”

Kelly says be mindful not to overpay because of the nature of your product, but never select your partners on price alone. “Unwise decisions will end up limiting the number of partners you can actually work with, and could have negative impacts in the long run.”

Too Small For Big CDMOs?

Let’s consider, but not drag out, discussion of big-versus-small in the CDMO space.

Even with equally celebrated and lamented M&A activity in the CDMO industry, there remain various smaller service operations – and as I’ve chronicled in these pages – new CDMOs being created.

I ask Kelly whether she feels bigger CDMOs are less suitable for smaller biopharma organizations such as orphan drug companies?

“I don't necessarily find that,” she says without hesitation, and with a hint of surprise at the question.

“When service providers consolidate, there are advantages and disadvantages. Generally, I actually find quite a lot of advantages.

“Yes, sometimes a CDMO site is shut down, so that could be a disadvantage. But for the most part, even with M&A, the sites do tend to stay the same.

“Moreover, there’s a growing niche-market for smaller-volume drugs, and that need is usually fulfilled. Even if you end up within bigger CDMO groups, many purposely maintain this niche for smaller companies, and specifically at times, orphan drug developers. We actually recommend this to the CDMOs we work with.

“I tell them: You need a niche offering for rare diseases and orphan drugs – because in fact it is profitable. And so even for these bigger companies with bigger-volume clients, there's a portion of the business devoted to customers like mine.

“By the way,” she adds, “those large volumes aren’t always there either.”

Not to mention, I’d add, at times perhaps not as profitable as one would expect. Here’s a further statement in support of Kelly’s assertion:

Rarely have I heard any CDMO suggest a client or product-market is too small for them; most often, they’ll say the perfect client mix is equal parts bigger pharma and smaller biotech customers.

That’s not to say, though, the service provided is always equally arrayed at every CDMO, a point Kelly makes next:

“I'm very transparent with my clients. I will tell them if I feel they are picking a CDMO where they're not going to get the service and attention they need.”

In other words, it’s about selecting the right CDMO overall, not the right-sized CDMO specifically.

Her last words on size:

“Even when a smaller CDMO gets acquired, you most often get served by the same team there. So you still get the same service at the same site, but with the added benefit of a backup – a bigger, more capable organization to support your other needs as well.

“There’s a site I’ve visited locally multiple times that was initially quite small; now they're part of a bigger group that just keeps buying up different companies. And it’s actually working out quite well for my clients.

“I know the team here and I know the team in the U.S. Now my clients have options. I’ve gone to see the sites in other locations. They are ensuring the path is smooth for me wherever I go. It is a positive experience for everyone.”

A Consultant’s Wrap Up

This complete’s our four-part series with the gregarious Evelyn Kelly. She’s been true to an original tenet she supplied us in our first editorial:

The best consultants – and CDMOs – will provide you with a wealth of information free of charge, before looking for signed contracts from you.

I started that first editorial by reminiscing how while working at a CDMO, I didn’t always appreciate the consultants who accompanied our biopharma clients. I said I hope those situations and attitudes have changed.

It certainly appears they have, and that’s a contributing factor to the growth and success of orphan-drug-related outsourcing and outcomes.

How To Find Your Safe-Harbor Consultant

Do Your CDMO And Consultants Get Along? They Better