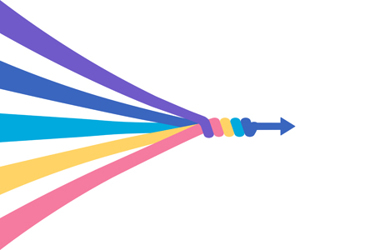 He’s led R&D groups at Bausch & Lomb, Biogen and Vertex. For 12 years at Novartis, he served as Global Head of Chemical and Pharmaceutical Profiling.

He was also VP of Pharmaceutical Development Services at WuXi STA. For the past three years, he’s been SVP CMC for precision-medicine maker, QED Therapeutics.

I hadn’t spoken with Rick Panicucci for a while. Reconnected via Zoom, I promptly ask him:

What’s new in the world of outsourcing?

“Thanks for the targeted question,” is his reply.

Ah, the heights of journalism.

After a moment, he says:

And with that, we embark on a discussion culminating in a new outsourcing category:

“When I was in Pharma, we swore by integration. Then at a service provider, we pursued that strategy with clients,” Panicucci begins.

“But for the most part, this is just big CDMOs got bigger. It seems they gobble up everyone. I’ve got mixed feelings about that.”

This certainly isn’t the first concern documented at Outsourced Pharma regarding consolidation in the drug development and manufacturing outsourcing industry.

“For example, some of the CROs that bought drug-substance and drug-product capabilities still operate like two separate companies,” says Panicucci.

“At Big Pharma, it was relatively easy to coordinate internally. That's probably not true for the outsourcing world at this time. Acquired or merged organizations retain the feeling of separate companies and company philosophies.

“Even though they supposedly have one QA system, it doesn't always work out that way. So it’s a kind of consolidation, but basically it’s the big getting bigger.”

At a juncture, we should add, when the customers for their part are getting smaller, leaner, and quicker.

Customers like a QED, pursuing the promises of personalized/precision medicine and bringing orphan drugs to underserved patient populations. 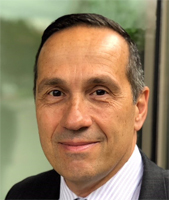 “For orphan diseases, the bigger players say they can do it all. But that ‘all’ will take place a year or more out.

“I had a call this week with one of the biggest CDMOs. For a new, parental project, they literally said we can't get to you for 12 to 18 months.

“I'm thinking: ‘Really? Who would ever go there?’ Companies will be out of business – or at least money – waiting for the ‘consolidated players’ to get around to them.”

Therefore, orphan drug innovators and others are pushed to smaller or mid-sized CDMOs. And there certainly are positives when working with a partner that more closely mirrors your size.

If you can find one. 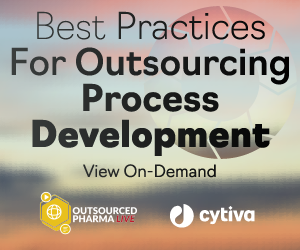 “We worked with a service provider that has the same encapsulate from the nineties,” he says. “They’ve made their money about a million times over with that equipment. Great, but we need upgraded technology.

“So there are challenges working with that mid-range CDMO as it exists today.”

Here’s a brief look at three related challenges, before we move to our anticipated solution.

“I don’t appreciate paying for internal processes created at some CDMOs because of their own inefficiencies,” says Panicucci.

“If there’s a CMO with disposable equipment, and another without, the customer is expected to pay for the cleaning validation the second CDMO has to create.

“I've come to the point where I say, ‘Why should I pay for that? They are asking me to delay 12 weeks, and pay thousands of dollars? Why would I do that?  I can go to the first CDMO with the disposable equipment.”

CDMOs can’t function as a business without their project managers.

So why, asks Panicucci, does the customer have to pay extra for a PM, as you often are asked to do at smaller or mid-sized CDMOs?

Another payment comes when CDMOs “put extra quality controls in place because they have quality issues, rather than fixing the underlying quality issues.”

The above discussion led us to a final level of investigation:

Does the outsourcing model most of the industry is based on actually work for precision/personalized medicine, orphan drug, or other advanced-therapy companies?

The answer we arrived at was a qualified yes.

The qualification has to do with what Panicucci has guided us towards all along:

A consolidation at CDMOs is welcome, as long as it focuses on growing capabilities more than size, and evolves an applicable business model to serve smaller biopharma clients.

In essence, a smaller serving of services under one roof.

The market for this CDMO is certainly there, and growing fast. Will a new breed of CDMO come along?

“I’ve thought about this, starting when I was working at a CDMO. Our model for the customer was: all you need is an idea; we have the rest.”

But can that integration be scaled down, so to speak, and also monetized in the service of companies like QED Therapeutics?

Advanced equipment purchases, facility upgrades, and new facilities are expensive. CDMOs are often not set up to take on these financial risks upfront.

However, offering some mitigation today is the fact that facilities can be smaller, more flexible (modular; automated; employing single-use equipment), and less expensive than in the past.

And: There are investment dollars out there.

Creative financing – perhaps among private equity, and CDMOs and clients together – could take hold. For the client also, a shared investment would be less expensive than building internal capacities.

A right-sized, full-service CDMO consolidation targeting the emerging advanced therapy industry is, then, not a contradiction in terms.

“In some form, if we are not going to build, or center our businesses on the hybrid of build-and-buy, that right-sized all-in-one model is probably our future,” concludes Panicucci.

A Biopharma’s Guide To Staying Virtual Through Commercial