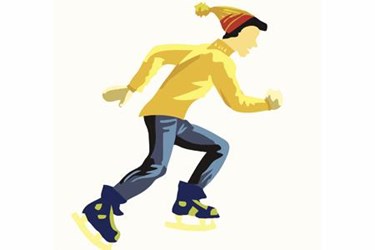 The ice was forming on the lakes throughout the Netherlands, and Ernst Soethout, founder and CEO at Virtuvax, is excited to join his countrymen in the national pastime of skating. He’s not concerned about catching cold when he’s out there, but his thoughts are never far from the subject of viruses. They are the targets of a passion he’s pursued almost as long as the one for gliding over frozen water: developing vaccines.

Soethout, and cofounder Jean-Pierre Amorij, formed Virtuvax last year to take advantage of and further propel vaccine development trends, the most important of which is Big Pharma’s “outsourcing R&D to biotechs and virtual companies.”

So while the global needs, challenges – and international politics – of vaccines are immense and complicated; the amounts of material needed usually very large-scale; and the distribution widespread and complex, Soethout focuses us in on the smaller parts of the industry. 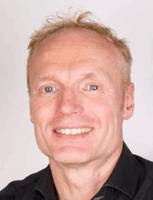 Soethout started out as a veterinarian. He then went back to university to obtain a PhD in immunology, before joining the Netherlands Vaccine Institute, and the Dutch National Institute for Public Health and the Environment (RIVM), where he was given the title of “innovation manager” in the pursuit of human vaccines. He focused early efforts on a vaccine for respiratory syncytial virus (RSV) in children, and then worked on influenza vaccine development.

When he joined a RIVM spinout, he took that enthusiasm for vaccine development – and his “innovation manager” title – with him. At Intravacc, he worked directly with Big Pharma customers, including a collaboration with Novartis to develop a vaccine against rotavirus infection. That collaboration was partly funded by Wellcome Trust, which ranks as the second-biggest charitable grant-maker in the world, trailing only the Bill & Melinda Gates Foundation.

“I learned about all these pieces in the vaccine world,” says Soethout. He also watched as the trend to more entrepreneur companies performing the research and development for vaccines intensified. “Over the last ten years, this has become the norm,” says Soethout. “The identification and progressing of new leads in vaccine development is coming increasingly from biotech start-ups.” He’s seen it in his own neighborhood, and cites Solvay’s closing of its R&D department in the Netherlands as an example. “One effect is that a lot of those researchers have started off on their own,” he says.

Importantly, he also sees available funding sources to help these new entreprenuers, as well as supporting service providers. “All these changes in the vaccine development business provides opportunity for many kinds of organizations,” he says. Soethout saw his opportunity in helping companies develop their technology, by working with them to plan and advance their programs “so far as it will provide significant economic value.”

He also comes at this from the other side: helping established pharma companies – now concentrating on the other end of the vaccine development chain – to find early-stage investment opportunities.

“And then there are all those players in the middle, offering specific technologies for vaccine development, like formulation providers and CMOs,” he says. “All these can come together today by forming a virtual company for vaccine discovery and development.”

Soethout describes the virtual company as a vaccine development start-up at the center of a network of partners and investors. Based on the actual technology or platform the start-up is pursuing, it must identify the best-suited service providers and advisors to work with for material scale up and formulation, as well as an array of other needs. “Even the assessment of the efficacy of a vaccine may be highly influenced by the technology the vaccine is based on. Working on an RNA vaccine may be very different than on a protein vaccine,” says Soethout.

He says new developers must also keep an eye out for other types of technology. “Eventually,” says Soethout, “various innovations and technologies may be needed to get a product developed, so a collaboration between a variety of parties needs to be established.” Developers have to make specific contracts with these other parties, first to ensure they all know their rewards resulting from product development. Second, so that when it’s time to move the vaccine to a larger pharma company, the developer can in fact successfully sell or license the product – typically in late phase two or before phase three clinical trials – to third parties for commercialization.

“So it’s this collaboration of what we call virtual companies, taking over what used to be done under one roof at a pharmaceutical company, and including a viable exit strategy,” Soethout explains. “As a basic point of departure, companies need to map an exit that is profitable,” says Soethout. “This leads the vaccine developer to early and sustained financing, which is still often the most challenging problem. The exit and the beginning are interconnected.”

Soethout says the virtual vaccine company must keep in close contact with not only new technologies, but also a variety of experts, including medical experts and authorities on the specific virus or disease target. “These professionals are essential not only to lead to successful development, but to back up the technology and developers, and confirm with investors and potential partners that this is a viable direction,” he says.

Soethout also focuses developers on creating a roadmap that moves the “concept vaccine” consistently along the development pathway. “As soon as a vaccine has successfully gone through a stage of development, the next phase should start,” he says. “At times stages in development may be run in parallel. If carefully executed, this can result in shorter development time lines and a better business case.” There’s also this: “If the vaccine eventually appears not to be successful, this approach allows early detection of pitfalls,” and of course, allows for less costly exit of a different kind.

Universities A Real Part Of The Virtual Vaccine Model

There’s one other entity in this virtual vaccine ecosystem that we haven’t mentioned: universities. Traditionally, they’ve been more on the early discovery side, but according to Soethout, academic institutions are playing a bigger role in vaccine development – and spinning out those start-ups we’ve described throughout our article.

In fact, Virtuvax’s first client in the U.S. is Georgia Institute of Technology. “They actually found us,” says Soethout. He says the university needs much of the same type of assistance as the virtual businesses he describes above. “Georgia Tech is developing unique vaccine technology. We’ll help them overcome specific challenges, and assist with their scientific strategy,” he says.

Any search for optimal partners could lead Virtuvax to locations around the world. “Even at this stage of development, this is a global business,” he says.  He may, though, start in Europe, where besides the Netherlands, he mentions France and Italy as locations to find helpful vaccine partners. If he does go there, he’d probably do better to pack his skis than his skates.