Two Strategies For Getting Your CMO To Really Listen 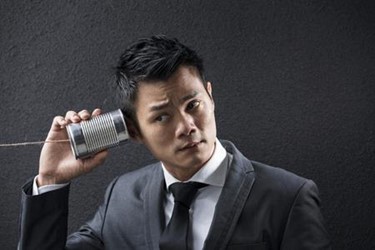 CMOs were listening to biotech and pharma executives at Outsourced Pharma San Diego 2017. Those executives, in turn, were hearing out their service providers. From the many best practices and insights both sides offered, I’ve picked two to bring to you today. Let’s title them, “In The Line Of Sight,” and “Do Incentives Talk?”

In The Line Of Sight

Jaeseung Kim is Senior Director, CMC and R&D, at a small, South Korean pharma called Qurient Co. Ltd. When he outsources – mainly because Qurient prefers its providers close to clinical trials run in the West – he looks to CDMOs in the U.S. and Canada.

A major selection criteria for Qurient? “We want to see them when we communicate,” says Kim about the CDMOs he’s selected and now working with. “Not by teleconference; by some form of visual communication. We focus on evaluating how good the communication function itself is. Part of this may be cultural. We want to witness their reactions, how friendly we are with them, as well as the actual chemistry and technical support.”

Kim’s not overstating the cultural aspect: Year after year, South Korea has had the fastest connectivity on the globe. Foreign-based CDMOs might do well to ensure they’re at least somewhat up to speed: According to Kim, South Korea launched 440 new biotech companies in 2016, a 200 percent increase from 2015.

This best practice of being seen and not just heard also registers here in the U.S. Dennis Knox, Senior Manager of Quality at New Jersey-based Elusys Therapeutics, advances Kim’s comments to a more “physical” level.

“Face-to-face meetings will also remain vital, even in a global industry,” he asserts. “You can talk on the phone or electronically, but if you go to your CMO and get in their face for some direct attention and feedback, it makes such a difference. You can accomplish more with one direct meeting than a dozen phone discussions. It changes everything.”

Apparently, it can change everything with a “boom.” At least so says Dan Gage, Senior Supervisor, Technical Division, at Biogen.

“I’m all for the human interaction. Part of that is because it absolutely benefits the technical aspects of drug development programs, as well as relationships,” explains Gage.

“We lose track in our digital world, and much gets lost on the technical side,” he continues. “I advocate for putting people in our partner’s labs or plants. I always say, ‘We aren’t exactly sure what’s going to happen when we get there, but something great will come out of it.’ Sure enough, we’ll question an operator about how he is doing something, and ‘boom,’ we realize it’s not properly written in the SOP. That alone pays for the trip.”

As there always seems to be at Outsourced Pharma, there was discussion about putting together more than fee-for-service contractual (and quality) agreements. This time the focus was on offering financial incentives for achieving technical and delivery milestones. Of course this isn’t new; many drug owners say incentivizing CMOs does lead to a heightened concentration on what is most important to them and their projects. We all know money talks, right?

But you may not have heard a take on this subject quite like that provided by Xiaohu Deng, Senior Director, Head of CMC, for San Diego-based Kura Oncology. He believes this topic of incentives is important to the entire discussion of CMO management and engagement.

“From the sponsor side,” Deng starts, “when you select a vendor and agree to a contract, your roles are now somewhat reversed. You were the boss before you handed out the contract, but the minute the contract is done, you lose the leverage you had. Sure, if things go wrong, you can walk away from the CMO, but that’s a bad option, and you are already in bad shape. How can you maintain more control?”

Strategic, financial incentivizing seems to be one way.

Yet John M Newsam, CEO of Tioga Research, an R&D support company for topical and other drug products, cautions: “I think it is possible to build some incentive arrangements into a contract provided it is possible to articulate clearly what the objective is, and you can be absolutely clear on if or not it is being reached.”

Even more, some drug sponsors on the other side of this debate say they already pay the service provider a fair price, and have selected them for their abilities, capabilities and reliability … why should added incentives be necessary.

Gage of Biogen turns the give-and-take of negotiating any contract with suppliers into an opportunity. “The supplier may have inserted into the contract an increased fee for certain changes we may ask for during the execution of the project. I get that; we can be difficult to work with at times. But if they have a built in pricing structure to keep us in line, then it should be fair to consider a more iterative language on the other side of the contract.”

And although above Knox of Elusys Therapeutics seemed a stern customer when talking about face-to-face meetings, he can end us up here with more assuring words:

“As a biotech or pharma, incentives or not, specific contract clauses or not, you just have to know sometimes you are going to run into delivery, quality, and other challenges with your outsourced project. I’ve learned to keep everybody on our side off the ledge, and not to be overly reactive. The answer shouldn’t be hit it with a hammer if it is a problem. If a mistake happens, let’s get everyone together, talk through it, and figure out how we are going to fix it, rather than losing our composure about the ‘demise of our project.’ Let’s see where to go from here and collaborate on our side, before we even try that first communication with the partner.”

And from that first communication, let’s hope your CMO is all ears.